Asia’s largest conference in LoRaWAN® & IoT being held on 18-19 in Hyderabad: The Things Conference India 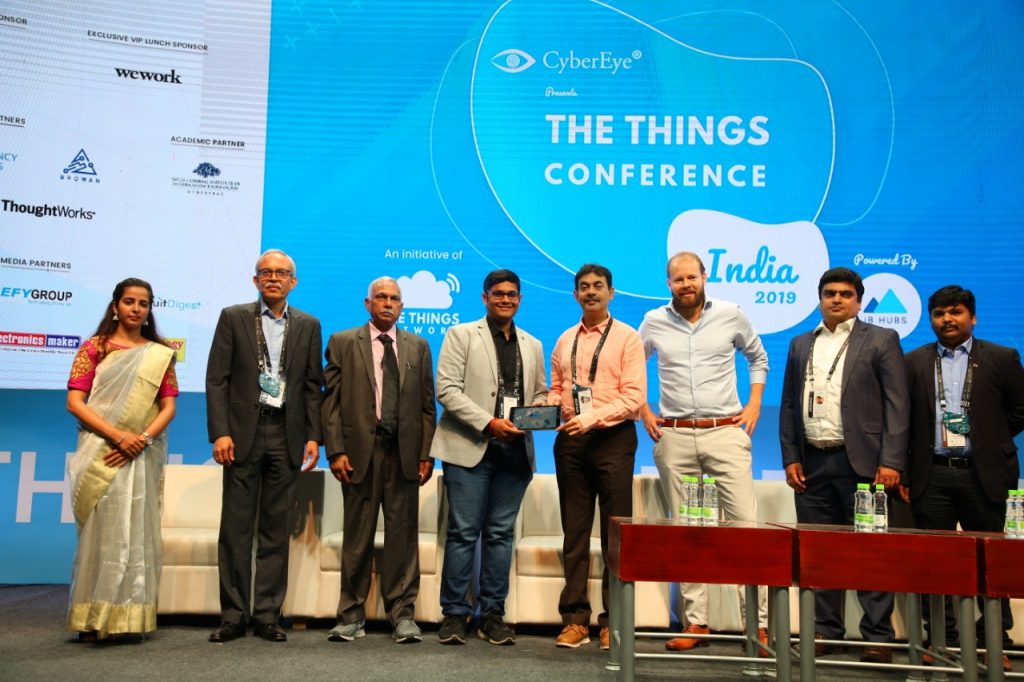 Asia’s Largest LoRaWAN conference, The Things Conference India 2019 commenced today at HICC Hyderabad. Focussed on IoT and LoRaWAN, and bringing together global leaders and government bodies, this 2-day global conference drives India to become a smart nation at a low cost. Leading experts from organisations including ISRO, Microchip, MultiTech, ARM, The Things Industries came together to discuss endless possibilities with IoT & LoRaWAN. The event is presented by CyberEye, a technology company with a vision to build a smart, secure and sustainable planet. CyberEye is supported end-to-end by iB Hubs.

LoRaWAN+IoT for a Smart India!

With these smart technologies, deploying billions of smart devices and building Smart Cities will become possible at a very minimal cost. Not just cities, with IoT and LoRaWAN, Smart States and Smart India are not very far!

Smart and connected cities will bring substantial improvements in the urban way of life that would impact 1⁄3 of the Indian population. Smart cities also affect the core infrastructure elements like solid waste and energy management, efficient urban mobility and public transport. This will give way to robust and sustainable e-governance.

The Things Conference India is about –

The Things Conference India is focused on building a strong IoT/LoRaWAN culture to create immense opportunities in smart technology space. More than 60+ speakers from 10+ countries and 700+ delegates from across the world have joined this International conference in India.

The conference is being supported by various state governments including Telangana, Uttar Pradesh, Andhra Pradesh, Jharkhand, Orissa, Himachal Pradesh and several government bodies. Industry leaders like Microchip and The Things Industries are platinum sponsors for the conference. 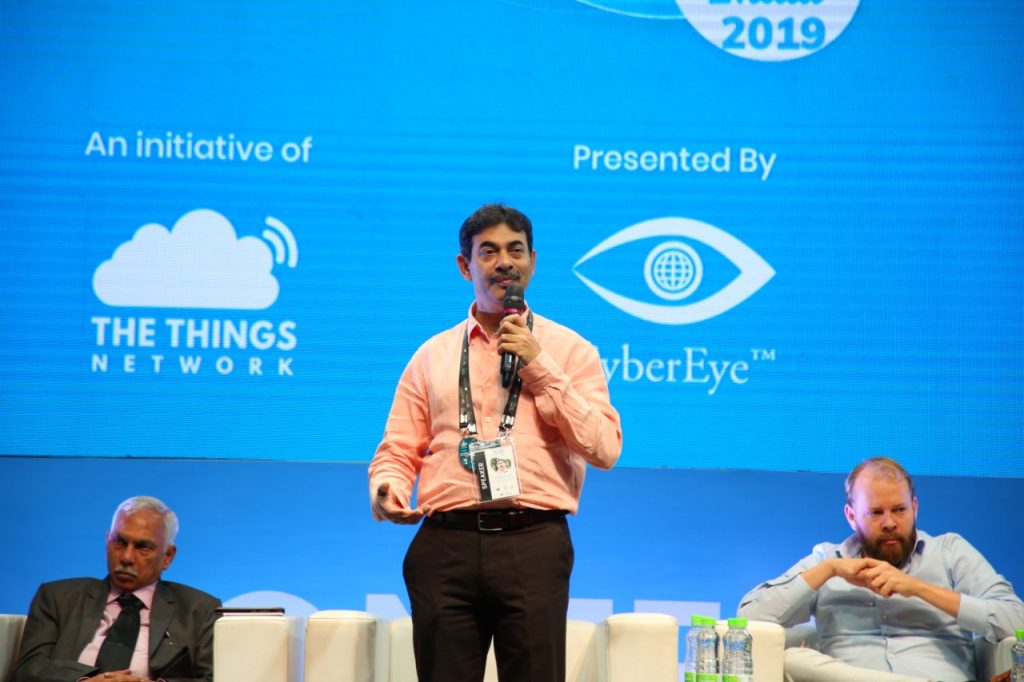 Speaking at the conference, CEO of CyberEye, Mr. Ram Ganesh said, “​We’re committed to making India a sustainable, secure and smart nation. Technology affordability is a big concern here. LoRaWAN has all the right ingredients required for the Indian scenario – affordability, low power and long-range. With LoRaWAN, we believe, the smart nation is near to reality.

Through this conference, we aim to strengthen the advanced technology ecosystem and encourage innovations. Our focus is to enable individuals, businesses and governments to create and implement smart and secure solutions — this brings phase-shift in India and creates immense opportunities. Thanks to iB Hubs for extending end-to-end support throughout our journey.​”

Jayesh Ranjan, Principal Secretary, I&C, ITE&C Depts., Govt of Telangana said, “​I had the good fortune of attending the inaugural edition of The Things Conference India last year. This year, the conference is much bigger with richer insights, inviting the best of industry leaders. The Government of Telangana has been actively adapting IoT and the 100 smart cities initiative is one such example. When IoT becomes mainstream, it will be a gamechanger for not only enhancing the economy but also the lives of people. Pilots in Telangana have seen tremendous results in many sectors including power-saving, healthcare, weather-monitoring. LoRaWAN plays a crucial role in making IoT sustainable and affordable. I congratulate iB Hubs and CyberEye for hosting such conferences.​

WienkeGiezeman,theFounderandCEOof‘TheThingsNetwork’said“w​ e’reinIndiaforthesecond time and it’s great to see the entrepreneurial energy and high technological competence spreading across the region. It’s an honour to see individuals and companies embracing LoRaWAN and building solutions to drive business value. The Things Network is an open network to build IoT applications. It is becoming a global movement with more than 100,000 developers and many companies aggressively adopting LoRaWAN technology. Thank you iB Hubs, CyberEye and the state of Telangana for actively spreading the technology for a smarter future.”

Kavya, CEO of iB Hubs said, “​We want to see India as a global leader in Industry 4.0 technologies. We are very happy to support The Things Conference India which helps build a strong IoT and LoRaWAN ecosystem in the country. When we have such an ecosystem, innovations flourish and startups thrive. To foster the adoption of Industry 4.0 worldwide and bring advanced technologies to India, we are very proud

The Conference brought the stalwarts, technology giants, academia, governments, and business on to a single platform enabling numerous business opportunities and building a strong IoT/LoRaWAN community for a smart India!