City Based Startup is changing the way tech Talent is acquired

Hyderabad, It is now a well-known fact, that startups across India are facing strong headwinds when it comes to raising funds. Investors have pushed up their selection criteria, by many notches, that has stalled those startups who were overtly dependent on investors money for growth. However, within this gloom, there are startups that have caught the attention of investors with their strong business fundaments. One such startup is Hackmania, a Hyderabad-based company which organizes corporate and hiring hackathons along with online challenges that is incubated at the Progress Software.

HackMania is witnessing more than 800% growth in revenue in its second year of operations and has already achieved month on month breakeven. The initial success is a result of having a clear business strategy, building strategic tie-up and following strict financial discipline.

“Hackmania is built on a strong business foundation that is independent of investor’s money,” said Rajat Shahi, Founder & CEO of HackMania. The company is in its second year of operations and has already achieved 6X growth in its revenue with profits clocking fifty percent over the last year. Given the stellar performance of the startup, it has attracted some of the well-known startup investors. “We are hoping to close our first round of investment this year, said Rajat.

The entrepreneurial journey of Hackmania has been one of finding success at the most unexpected turn on their journey. Hackmania found its angel investor & Co-Founder-CSO in most unlikely place and circumstances.  Two years ago, Rajat was assisting his school (KV Begumpet) seniors in organising alumni event. During the event, he spoke about his startup idea to a school senior Sunil Shetty, a decorated retired army officer, an entrepreneur and investor within days, Rajat had a commitment for the seed fund of five lakhs.  ” I did not understand much about the business idea, however, I could see the passion in a young man and instantly knew he would make a success of even a dead idea, said Major Sunil Shetty, SM (retd), Co-founder and CSO of Hackmania.

The next key turn came for Hackmania was when it got incubated at UPTEC Idealabs. It opened doors to the engineering colleges where the startup fine-tuned its business model. According to Rajat, the opportunity to work from Idealabs office was an important phase, as it not only provided his team free workspace- in Pankaj Diwan, Managing Director of UPTEC Idealabs they found a mentor who put in key introductions and opened doors in their journey. One such important introduction was to Ramesh Loganathan, Managing Director of Progress Software. The startup was incubated at Progress Software in Jan of 2015 and since Ramesh Loganathan is mentoring it, Managing Director, Progress Software.

Talent verification and acquisition is a time-consuming process and with low results. According to certain HR Managers, companies such as Hackmania are a force multiplier to HR managers as they can undertake talent verification work and propose only deserving candidates for final selection thereby cutting down on recruitment time. What makes Hackmania unique is that it has built a customized skill-testing platform where candidates can take an online test and results can be compiled in milliseconds as against traditional system that takes days sometimes weeks too, said Prashanth, Co-Founder & CTO, Hackmania.

Online skill verification is the future; though HR manager in India might take some time to adapt to this new method of recruitment . Having said that, there are signs of earlier adopters. Progress, Purple Talk, MeraEvents etc., are some of the first movers who are using service of Hackmania to recruit verified IT talent.

The journey so far has been laced with disappointments, challenges and sacrifice.  During the past two years, Rajat has pitched at numerous events most of the time not for funds but to get feedback from investors and mentor.  “Hackmania was started when I was in the final year and I was juggling between college and startup. Many times I would forget the next assignment or exam date,” said Rajat. This resulted in him not been able to graduate with his classmates in the year 2015. This year too he has missed exams as the exam dates clashed with his hackathons and other business engagements. However, Rajat adds that he will complete his degree to keep his promise to his mother. 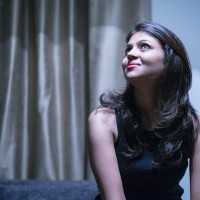