How Obsessing on Outreach and Marketing Helped Truepush Grow

A Senior Leader from Way2Online, Way2News keeps saying that marketing/Customer obsession is in my DNA, and it makes me wonder why?

It was in 2011–12 in my first role as a source to pay lead at one of the world’s leading Media & Entertainment industry/Company. My responsibilities were to manage the change/adoption of SAP Supplier Relationship Management (SRM) ERP. The business has close to 45 Business units (Approx) with thousands of end-users using the SAP ERP to raise indents for office supplies/production equipment and relatable products for their respective divisions.

This ERP played a significant role in the company as these end-users place their requirements and each requirement had to go through several levels of approvals (Both at operational and financial level). Sometimes the material procurement used to be so huge (in financial terms), that the request for approval would go to the group’s CFO. The activities taking place inside the company use to happen over this SRM tool; hence, the scope of errors had to be minimal (or negligible).

I led a small team of 4 people and was reporting to Senior Sourcing Directors/ Director IT & New Initiatives (Mr. Arif Faruki/Alejandro Patrone). Since I was managing a huge group, my reporting managers were also other senior leaders in the group- Annaliza Hail/ Kevin Bradshaw.

I must say these people are the reason why I’ve become customer-obsessed. Daily interactions with them helped me understand the value of customer-centricity. Arif taught me to have shark-like instincts, while Alex (Alejandro Patrone) taught me how important was to have 100% expertise with the product. Annaliza and Kevin helped me to manage disorderliness in work by being more organized using ticketing tools.

During my tenure, I’ve got several recognitions like MVP (Most Valuable Player), Best Team award at the company’s town hall, which was made possible through dedicated team members.

I quit the company in 2013 to join Whackedout Media as Vice President of Business Operations, where I co-founded one of the most viewed News channel on YouTube- Mango News.

Mango News was an attempt to have a neutral platform for any political party to voice out on a common platform. I managed more than 70 digital strategies of renowned politicians and deployment of colossal video content on youtube channel/website, which led to 300K to 500K MAUs in a short time. The reason for such massive attention in a short span was a fantastic packaging and simple UI, which was captivating enough to bring back the audience on the platform regularly.

Mango News was an attempt to have a neutral platform for any political party to voice out on a common platform. I managed more than 70 digital strategies of renowned politicians and deployment of colossal video content on youtube channel/website, which led to 300K to 500K MAUs in a short time. The reason for such massive attention in a short span was a fantastic packaging and simple UI, which was captivating enough to bring back the audience on the platform regularly.

My other bigger and smaller stints at my other venture- Sweet Experience and a stint as Associate Vice President in a product company- OnGO framework have helped in various ways while building Truepush and achieve milestones in a short span of time.

When Manoj and I started building Truepush in October of 2018, we barely had any clarity as to where to start from, and finally concluded that copying is not a bad idea to start with. We made a list of competitors, compiled by a team member and started picking on the best competitor’s features. Thus, we created a baseline product(MVP).

To get validation for the base product, we took it to friends to understand what they felt about it. The feedback was not encouraging and few went ahead and suggested that it’s a simple product to create and sell it, but we know it’s not a simple product as it looks. Some people accepted it and were ready to integrate our code to try the product.

The process to get initial traction was very tiresome as we were doing multiple things at a time to get people to use Truepush. We started posting on Facebook groups, sent millions of messages to people on facebook/LinkedIn hoping someone will pick it up. The response was feeble, and the acceptance was not so great.

In anguish and complete discouragement, we randomly updated about Truepush on ProductHunt on the 8th of January, 2019 with no clue what will happen next. The next day, we went trending with 1000+ upvotes, with sudden spikes of signups coming on to the website and couldn’t figure out the source. We eventually ended up as number # 3 product on Producthunt.

Things started settling down after a few days. Both my associate ( David) and I started reaching out to all signups and within a few days, we on-boarded some big enterprise and SMEs. We realized that these are our target customers and stood as a goldmine for further approach in brand recognition.

The product started getting a lot of traction and it made us consistent for onboarding as many potential customers as possible. Subsequently, we also focused on getting coverage about Truepush in various media outlets, approached niche media houses for a story/backlink while my colleague (Eshwari) started submissions on Q & A websites like Quora, Facebook groups, etc. Concurrently other e-discovery platforms such as Capterra, GetApp, SaasGenius, Trust radius started approaching us. We also have ensured a substantial presence for our prospects to come to know about us. Our consistent and relentless efforts for five months helped us to improve our site DA/PA/ Alexa Ranking.

With these efforts and maintaining SEO hygiene, our Site ranking went up, with more and more users discovering us. These users are now our loyal clients. Our users started sending notifications from March 25th (that’s when we noticed that our clients are pushing the notifications).

We also started to receive feedback from users, and in an urge to retain them, we went overboard to accept every feature and enhancement they shared with us. While we saw great value in looking into every aspect of information that users shared, but in this process, we became a services company as opposed to a product company.

We took a step backward and set a clear boundary for the issues/feedback coming our way viz, Incident ( Problem /issues) / Features and future enhancement. We begin to adopt a ticketing tool, where we created groups- Outreach, Tech 1, and Tech 2. Outreach deals with generic queries, Tech 1 deals with semi-technical/ basic troubleshoot, and Tech 2 deals with completely technical issues.

This way we got a bit organized and matured to handling our customers. Every month, we collated all the feedback and created a pool of features that had to be released this month (Including issues/problems coming from existing tools) and remaining features were moved in future enhancement plan.

We started to educate our users/clients with logical corollaries as to why a particular feature couldn’t be done immediately. It took us a while for users to get adopted to this structure, and with our consistent delivery and interactions, we broke the trust barrier.

Our processes become more efficient and our outreach experts went above and beyond assisting our clients. More and more people started to give us good feedback on our outreach program, and almost everyone rated us 10/10 on NPS- as an indicator of likelihood to recommend Truepush to their friends in a similar domain.

Our outreach experts including me also have interacted with clients in their native language. There was an instance when the client was Puerto Rican and I could comprehend their English and speak to them in their language (used google translate voice tool).

All these experiences were amazing, but if you want me to sum it up or put a suggestion in a one-liner, then here’s my take “ Founders involvement is key”. No matter how big or small team you have, if as a founder you wouldn’t put yourself there and frequently interact with your clients, you will most likely fail as a company.

Even today, I interact with the majority of inquiries that come from various mediums (Chats/Emails). This will increase the credibility of your product, as people will start respecting the fact that people at the helm of affairs are deeply involved.

There were times when existing users were irate with an expert who was trying to help resolve an issue and they weren’t willing to listen, I barged into the conversation and respective user toned down and begin to address me “ Mr. Ravi, how are you ?”. Not that I’m trying to boast myself here, but justifying why founders play a key role and how the entire conversation/persona changes and immediate attention to issues play a major role too.

Track all the actions, customer interactions as much as possible, have daily metrics (product performance, Growth performance, and individual performances). This played a key role in our growth and helped us understand what worked/what didn’t. We also asked our customers, as to how they found us (Google, Quora, etc).

To help us understand which action gave us maximum visibility, and concluded what worked and what didn’t.

We’re a small team, we got habituated to hustling because we all self-trained ourselves to hustlers and not restrict ourselves to just one role. Furthermore, our individuals got super clarity about their work which made things better and easy to grab for new hires.

Now, any newbie joins Truepush, they feel much more relaxed (Smoother on-boarding), as we know where we need intervention. Our training got much more focused as we made manuals for every activity. Upskilling now is a piece of cake and more importantly, everyone knows and understands other team members’ work, which helped us supporting teammates during their absence.

To sum it up this entire blog into a nutshell, once more, with feeling:

The past few months have been like a roller coaster ride, as we saw many big companies adopting us and we saw 70% growth MOM. Truth be told, from August to October we saw 100 % growth in terms of the number of notifications sent. We are now sending close to 42 Million notifications per day ( reached that mark in just 11 months) and are poised to touch 1 Billion notifications in a month.

Some key stats/Trends worth mentioning :

Our weekly averages of sent notifications in Millions (From the day we’ve started tracking): 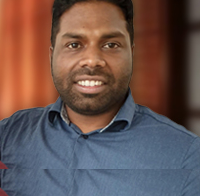