From smart agriculture to smart cities, Internet of Things has applications in every vertical. This revolutionary technology has the ​potential to bring a phase shift in the world just like the Internet did a few years ago.

Though IoT has massive use-cases; large-scale deployments and connecting billions of devices is hindered by certain challenges. Most of the IoT applications would require operations with​ ​long-range connectivity, less memory requirement, and optimized battery life​. These requirements limit the applicability of traditional networking technologies like cellular, WiFi, etc.to IoT applications.

These on-ground challenges have been overpowered with the advent of cutting-edge communication technology – LoRaWAN. This new-age technology offers cost-effective multi-kilometer connectivity​ with a ​battery life of 5-10 years;​ enhancing the scope and scalability of every smart application. With incredible features, LoRaWAN brings large-scale IoT applications into life-disrupting every facet of IoT worldwide.

The scale and scope of LoRaWAN is huge. We probably won’t find one sector which LoRaWAN can’t tap into. Even in the field of agriculture, the disruptive technology boosts the operational efficiencies, right from automating irrigation systems to tracking the health of livestock. LoRaWAN empowers and enhances the operations in every field including industrial automation, logistics, environmental monitoring, healthcare, smart cities,​ and whatnot.

Not just connecting things on a city scale, w​ ith LoRaWAN’s astonishingly long-range connectivity, building Smart Nations is a reality now.​ Countries like the Netherlands and Philippines are already transforming into smart nations by deploying LoRaWAN in all possible IoT applications.

India is stepping towards building smart cities, and LoRaWAN is the best solution than ever to make them into reality. This cutting-edge technology has the potential to enhance the value chain of IoT in India; enabling smart applications across various verticals at scale thereby t​ransforming whole India into a Smart Nation. 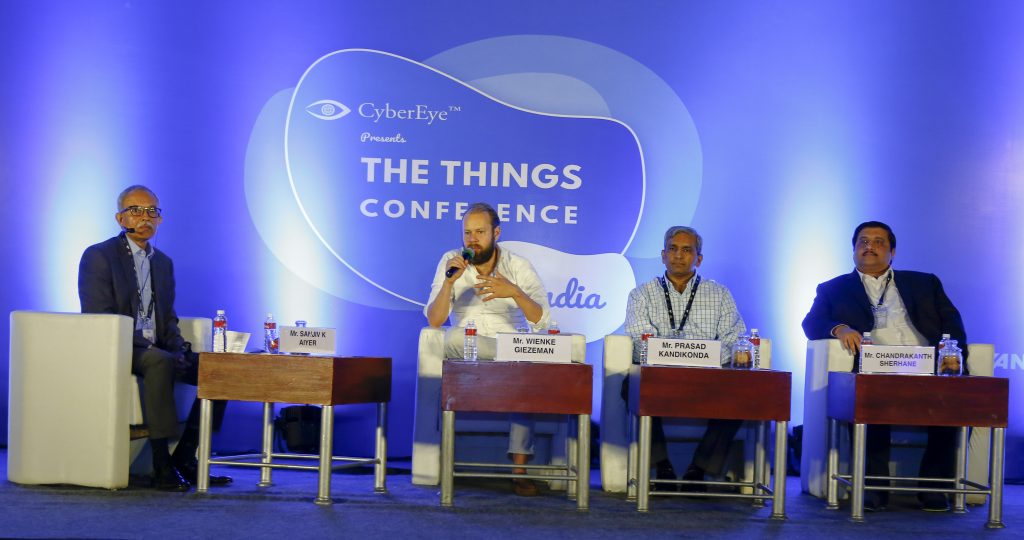 Just as the world is catching up with this disruptive technology, it’s the right time to adapt to LoRaWAN to gain an unparalleled advantage. For building a bigger, better and stronger LoRaWAN ecosystem in India, The ThingsConferenceIndia2019 ​is being organized at ​HICC,Hyderabad18th- 19th October 2019 by Cybereye.

The Things Conference India is a knowledge powerhouse. From enthusiasts to experts, from getting startedinLoRaWANtobuildingathrivingbusiness, the conference gets every-one covered​—w​ith insightful technology talks, hands-on workshops, exhibits from global players, intriguing challenges and more.

Here is a glimpse of the first edition:

This conference is presented by CyberEye and powered by iB Hubs, a global startup enabler. CyberEye is a technology company with a mission to build Smart & Secure communities in India. With The Things Conference India, CyberEye aims to build a strong and collaborative IoT/LoRaWAN ecosystem in India, and making India a global leader in this advanced technology!

Visit ​thethingsconference.in​ for more information and book your tickets.