Ravi joins T-Hub from Microsoft for Startups, where he was the global director, and brings more than two decades of expertise in building startup ecosystems

T-Hub, which is among the world’s leading startup engines powering entrepreneurship and innovation, today announced the appointment of Ravi Narayan as its new Chief Executive Officer from January 2019. With more than 1100 domestic and international startups that received support to scale, various corporate partnerships and international organizational tie-ups, T-Hub, under Ravi’s leadership, will further elevate the process to build a stronger innovation ecosystem in Telangana and in India.

Ravi Narayan, Chief Executive Officer, T-Hub said, “Research organizations, corporations, startups and academia need to collaborate actively for rapid innovation. Hyderabad, with its mature infrastructure, active government participation and vibrant ecosystem offers the best springboard for corporations and startups looking to create new products and technologies and disrupt the existing ones.” He further added, “I thank the T-Hub Board for giving me the opportunity to drive T-Hub to its next phase of growth. I look forward to achieving new milestones and make Hyderabad the preferred destination for startups and corporations around the globe.”

Jayesh Ranjan, Principal Secretary, Industries & IT, Telangana, said on the appointment, “The board has selected a strong leader at a time when businesses, cities and countries around the world are focused on building robust innovation and startup ecosystems, with Telangana at the forefront of this movement. As a leader in the global startup ecosystems, entrepreneur and founder of three successful product companies, Ravi brings the business acumen and vision, we need to create exponential growth in our innovation ecosystem.”

In a career spanning over two decades, Ravi has been a product engineer, entrepreneur, investor, mentor and a leader. He has co-founded three companies, which he led from their inception to their successful acquisitions. With a marked focus on creating world-class products in India, Ravi has been actively involved and instrumental in India’s startup ecosystem. By helping create startup density in the product space of Bengaluru, Ravi is a key player in its evolution beyond being a hub for services. Besides advising the government of Karnataka, Ravi has also advised other national governments such as Singapore and Malaysia.  During his time in Bengaluru, he chaired TiE Entrepreneurial Summit (TES), NASSCOM Product Conclave and PAN IIT Conclave.

As the global director of Microsoft for Startups, Ravi has helped establish accelerators and Microsoft go-to-market programmes with startups across the world.  He also worked with the portfolio of Temasek funds in Singapore to help them with digital transformation by collaborating with global startups. Mentor Partners, a venture capital fund specializing in mentoring of portfolio startups, that he co-founded, invested in product startups from India targeting the global market. An engineer from IIT Madras, Ravi also holds an MS and an MBA from the University of Southern California. 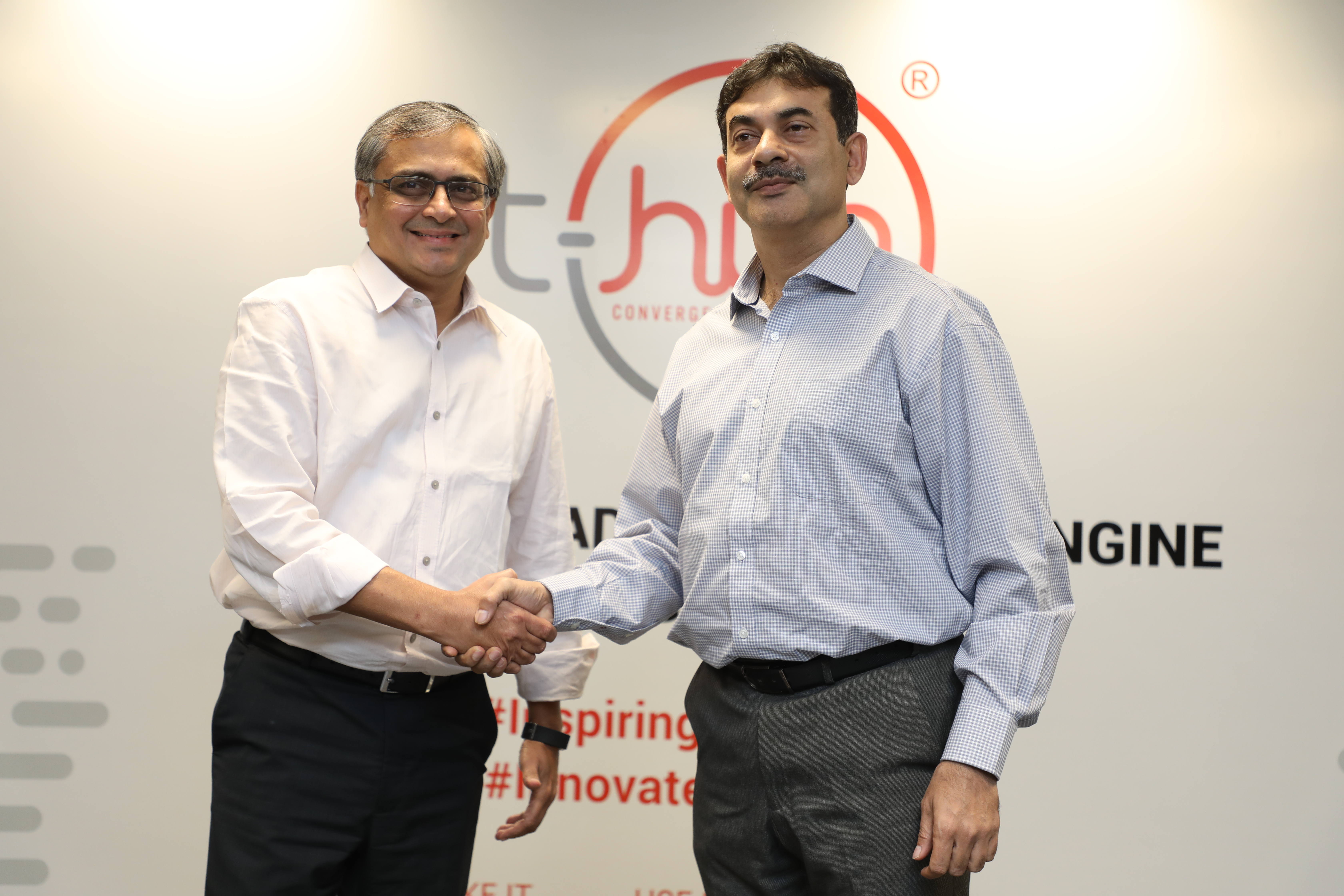 Comments on the News:

Ramanathan Ramesh, Mission Director at Atal Innovation Mission, NITI Aayog said, “India is leading the world in the growth of its startup ecosystem at a heretofore globally unprecedented way. As we enter a new-era of Make in India with our startups building products for the rest of the world, we are realizing the fruits of the groundwork laid by folks who were there since the beginning of this revolution. Ravi has been once such startup champion and his appointment as the CEO of T- Hub is a great indicator of the Telangana government’s commitment to entrepreneurship and innovation in India, and a mark of better times to come.”

KS Vishwanathan, Vice President Industry Initiatives, NASSCOM, said, “Ravi has been a key player in the development of the startup ecosystem in India. He has worked with NASSCOM on multiple projects including chairing a NASSCOM Product Conclave. His appointment as the CEO of T-Hub is a strong move towards fuelling Telangana ecosystem’s growth.

Prakash Bodla, Vice President, Engineering, and Center Head of United Technologies Corporation (UTC) said, “I’m pleased to hear that Ravi would be leading T-Hub. I’ve witnessed spectacular successes from T-Hub and seen how it can shape the startup ecosystem. Ravi has an important role to play to nurture the ecosystem, and, on behalf of UTC, I wish Ravi all the best in his new and exciting role!”

Murali Talasila, Partner & Innovation Leader, PwC, said, “Under Ravi’s leadership, we are confident that the entrepreneurial ecosystem in Hyderabad will see greater heights. His experience in mentoring stellar startups and accelerating them to global markets will help propel Hyderabad as an innovation hub of the country.”

Jasminder Gulati, CEO of NowFloats stated, “Our six-year rocket ship started at Microsoft for startups with Ravi at the helm guiding us whenever we needed him. He was and continues to be a soundboard for the craziest of our ideas and the vision of getting every small business online.”