Celebrating the success of the 1st ever startup carnival

30+ engineering colleges as participants, 13 startups in the intern mela, 70 internships being offered, 15 startups exhibiting their products and experienced entrepreneurs sharing their success stories – it was all happening under one roof just 10 days back. On 18th & 19th February 2016, the entire student’s ecosystem was celebrating the spirit of entrepreneurship. The CMR institute had the gates open for all those students who would want to take up the road of business and becoming entrepreneurs. 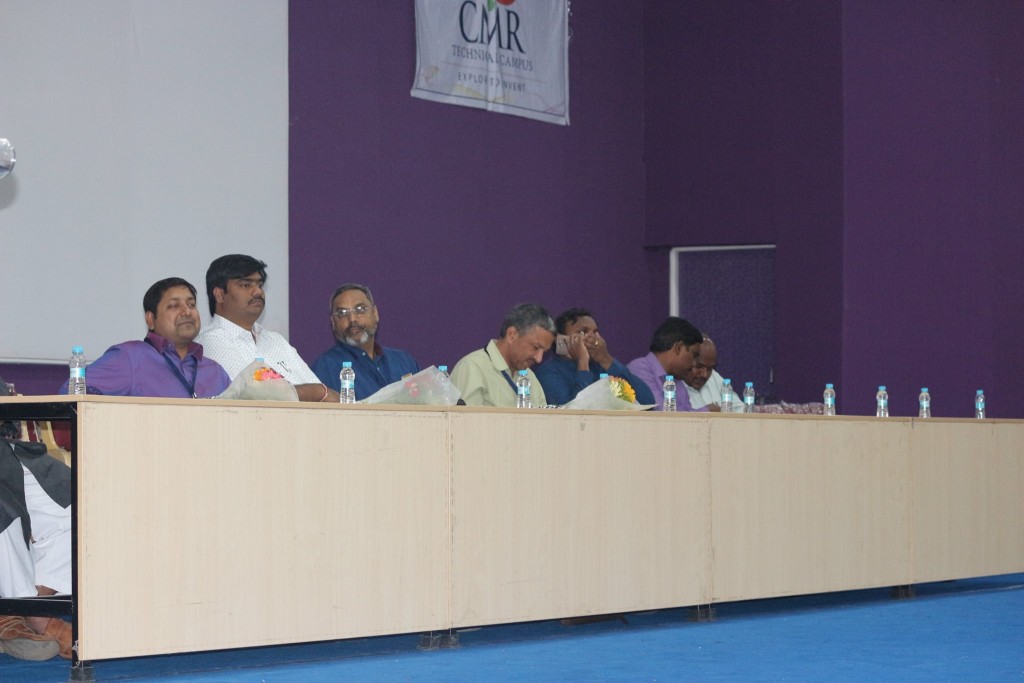 This carnival was not just for students, but aimed at bringing in investors, entrepreneurs, industrial experts and students all together so that they interact network and grow. This event had 4 sub – events in these 2 days:

The event begun at 09: 00 AM on 18th February 2016, where students were allowed to register themselves for the carnival. Once the registrations were done, the carnival was inaugurated by the chief guest, Viiveck Verma – Co-Founder of Anatypxi & Head Coach- Tedx Talks. He also addressed the gathering and highlighted the hot topic, “What an investor look at in a Startup?”  He quoted that investors look for plans with practical milestones but large aspirations. 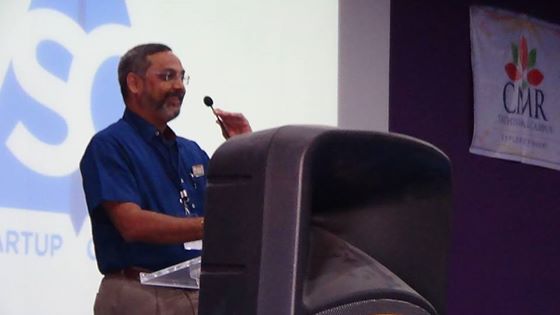 Mr. Roll Rida then took up the event, and spoke about his journey as a rapper. While sharing his experiences of his B.Tech days he told, “Keep doing what you want to do. Just two things that are to be kept in mind are – Focus and Determination which helps you to be happy and live your dreams. Stay Humble, Stay focused and take things positively. There are many people who are giving directions but it’s you who are playing the game.”

At 10: 30 AM then, all the participating startups were introduced and Mr. Pankaj Diwan spoke about “How to start on campus”. He inspired the young minds to come out with unique solutions of their problems. He said, “When you have a problem, solution to solve the problem is the Idea. Try to solve the problems, Interact with people and keep observing.  If you have an Idea don’t be under the myth that it’s only you who got this idea – there are many people who get the same idea, but only few implement and out of those few, 2-3 succeed. So keep Trying and don’t get disappointed with failure.” 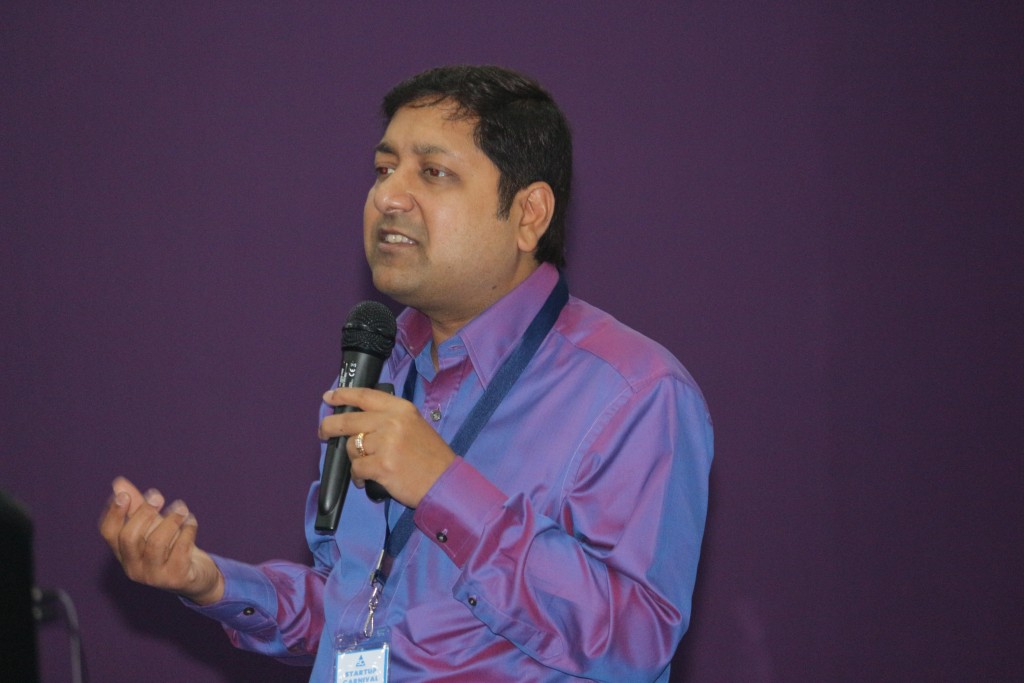 After lunch, future of technology robotics was discussed by Kisshan Psv. He wants to train students across India and wants to ignite a spirit in the students to be innovative. He also announced Startup Carnival team as a Community Partner for Robofest, to be held on March 13th & 14th 2016

Mr. Sai kiran Gunda, founder of Memilog – An online digital space where people can write and store their memories, shared his startup story with the audience.  “Madness is the super driving force of my journey. The more mad I was, the more productive and doer I have become. Get your madness out and have it in your driving seat.” was one line of his talk that sent the crowd into a roar of inspiration.

On the 19th, the day opened with a panel discussion on “Importance of Accelerator & Funding to Startups” by Subba Raju Pericherla – Co-Founder of SPARK10, Viiveck Verma – Head Coach of Tedx Hyderabad and Pankaj Diwan – Managing Director of Uptecidealabs. During the discussion, they explained how to get funding, and the key features a startup should have to get funding and the importance of accelerators.

The event also had Mr. Sri Charan Lakkaraju – CEO, Stumagz who spoke on “Bootstrapping is the Way to Success”. He also explained what made him to start “Stumagz” – the student magazine that connects colleges, and students to bring out the best talents of the Students. Mr. Sai Kiran – the Founder & CEO of Ride on Cab spoke on “How to Start a Startup?”  Sai kiran shared his experiences and did not hesitate to share the fact that this startup is the product of his frustration – where in anger, he got an idea and implemented it. “Problems faced Startups in Food Sector” was discussed by Tarun Aellaboina – COO of DineSmart.

By the end of the two day long event, the students left the carnival grasping a lot of knowledge on the startup system – how it works, what it takes to be in there, and how unique you must be to get the right funding. Around 70 students got an internship in various startups including ZenithPlus, Stumagz, beHungry.in, Takso, Onlymeat, BookMEDS, Dinesmart etc. 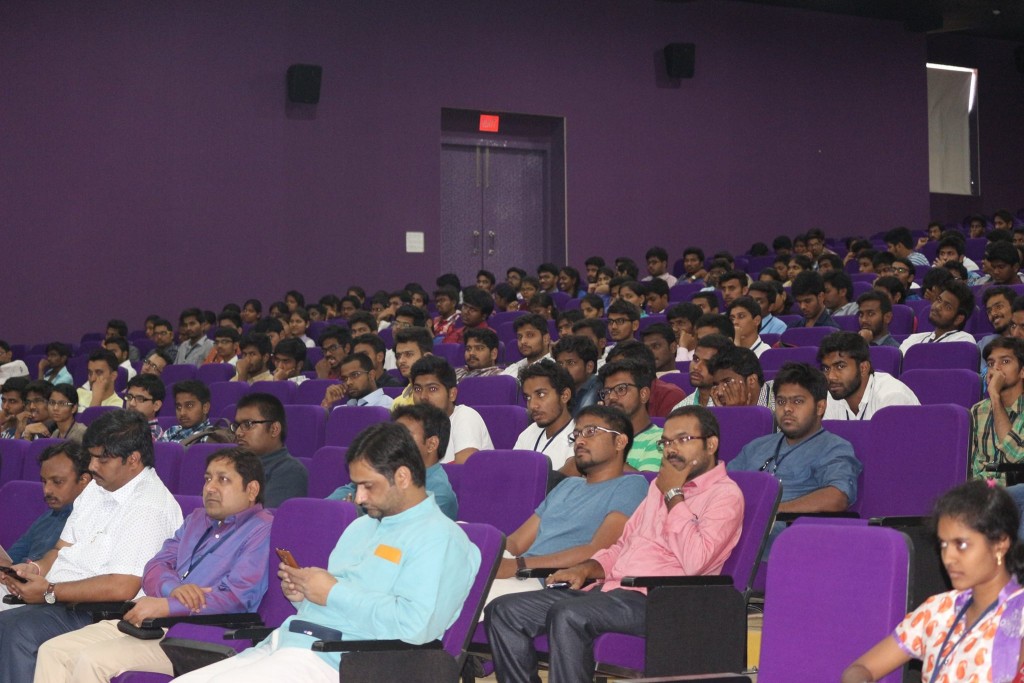 This event was truly a celebration of entrepreneurship!