For a change participants from various startups finished the office work early at 5pm on Saturday evening. And to organizer’s surprise they reported before time. They were little nervous and at the same time excited. Both emotions were there for the same reason “they were playing after quite a while”. For some a while was as long as 3 years.

It was 6 pm and the sports night was about to start with football matches first, the match was between Helical and STPL. Just before the kick-off, Team STPL nervously approached the organizers and asked them that if they could reschedule their match with some other team as Helical looked little pro in football during practice session. Their request was turned down as it was too late to do any changes. Hence the football match kicked off and after many hits and misses it ended in 0-0, hence the match went into penalty shoot out to decide the winner. And to everybody’s surprise STPL won the match with a score line of 2-0. Nobody including STPL believed the score line and that was not the end team STPL actually went on to win the football finals as well.

Sports teaches us something every important, “It’s not over until it is over”. 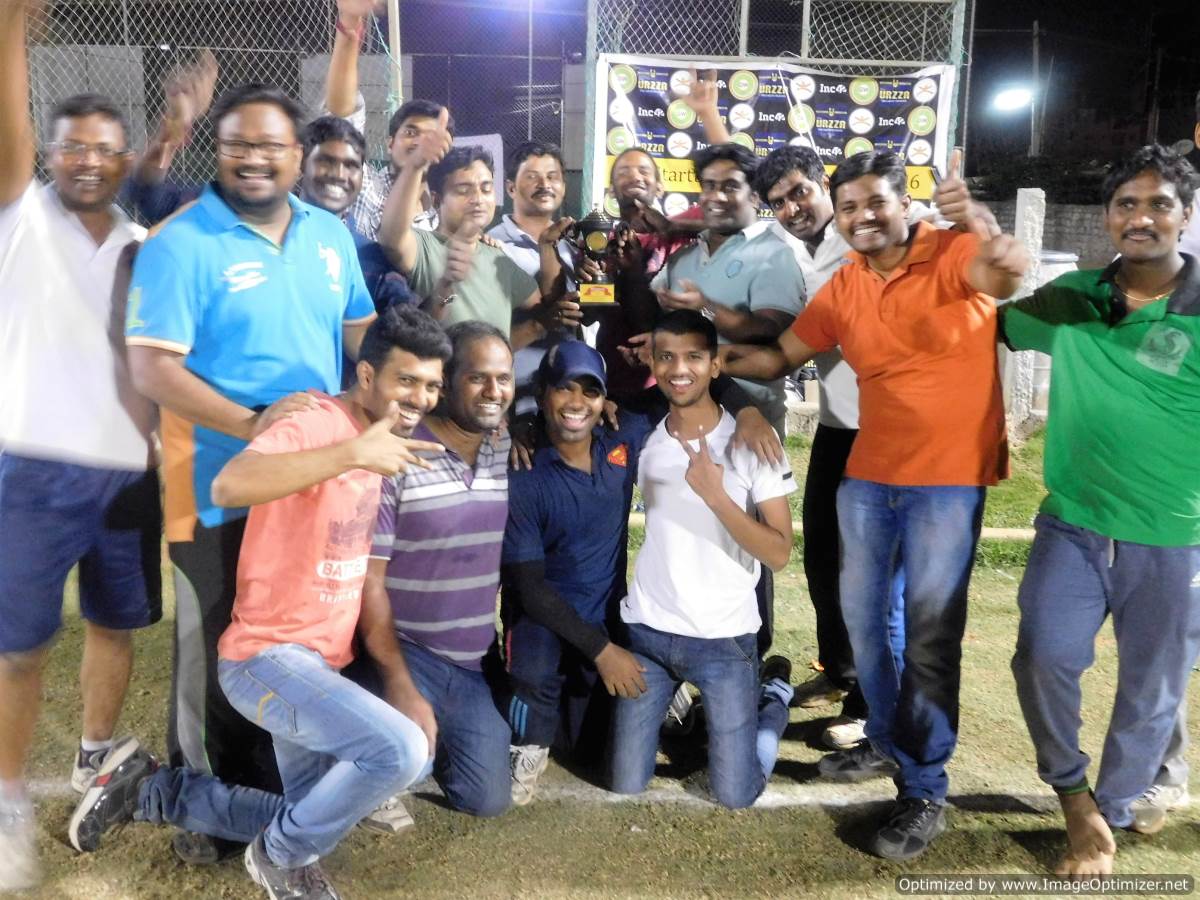 The football match set the sprits high for the evening and it was no stopping after that. Then it was turn of volleyball matches on sand court, participants loved jumping and falling around on the sand court. We could clearly see the participants had a good time diving, smashing and celebrating each point. Team Jayam Solutions was declared winners for volleyball game. After 3 hours of non-stop sports session the participants were running out of gas. But thanks to our beverage partners Bisleri/Urzza for keeping the players hydrated and energy levels high. 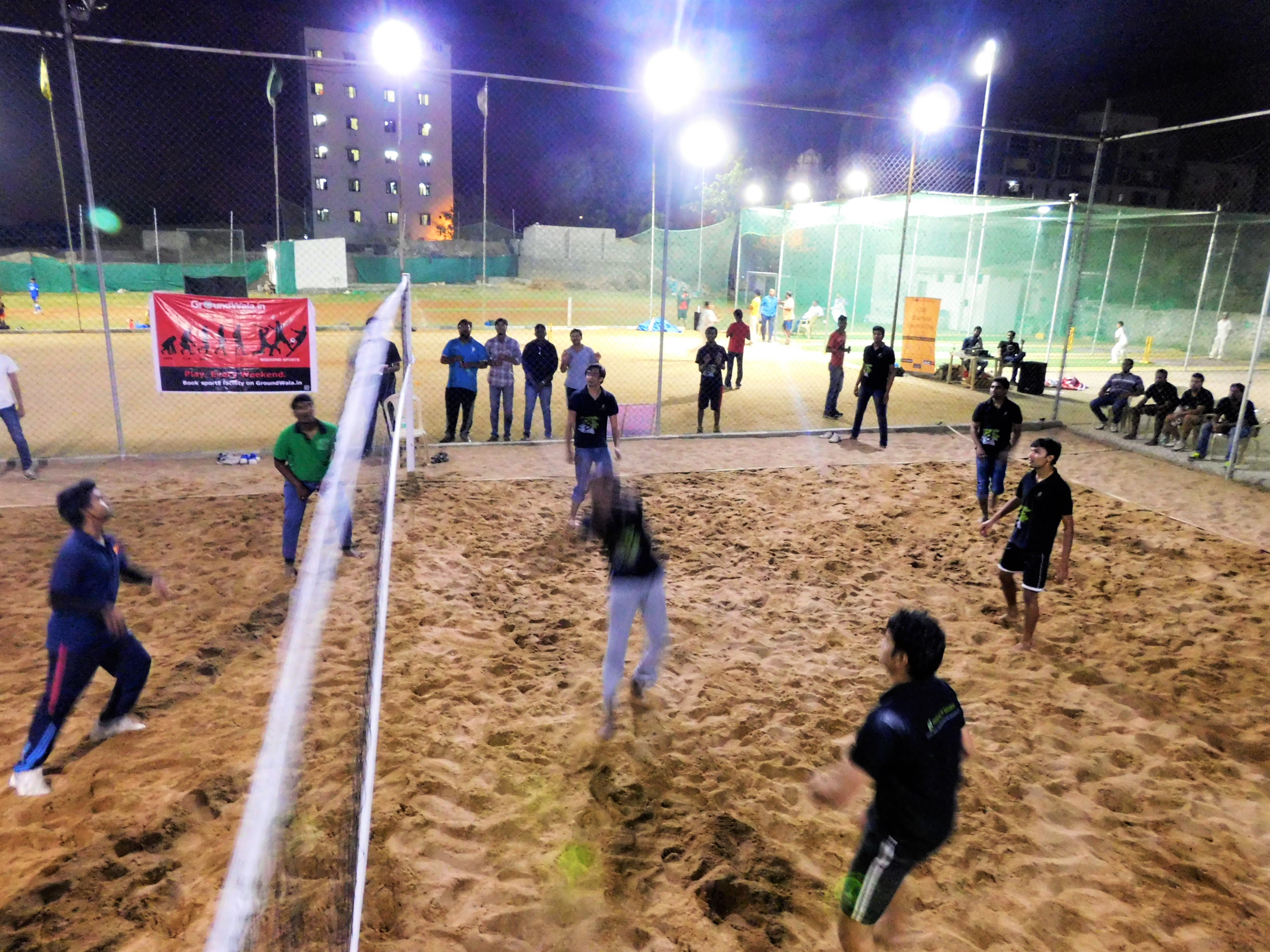 Quickly it was the time for final showdown with game of cricket. Matches were played with tennis ball with 8 over a side. Right from the word go it was raining sixes, fours and wickets. The teams cheered for their batsman and bowlers and showed lot of enthusiasm. The cricket finals was played between STPL and Jayam. Team Jayam batted first and scored a mammoth total of 140 in 8 overs, which was little too much for players of STPL as they looked exhausted and tired. Team Jayam lifted the champion’s trophy in the end. We could see rejoice on the face of winning team and the loosing team were absolutely happy about the sports overdose on a Saturday night. All went home asking for more. 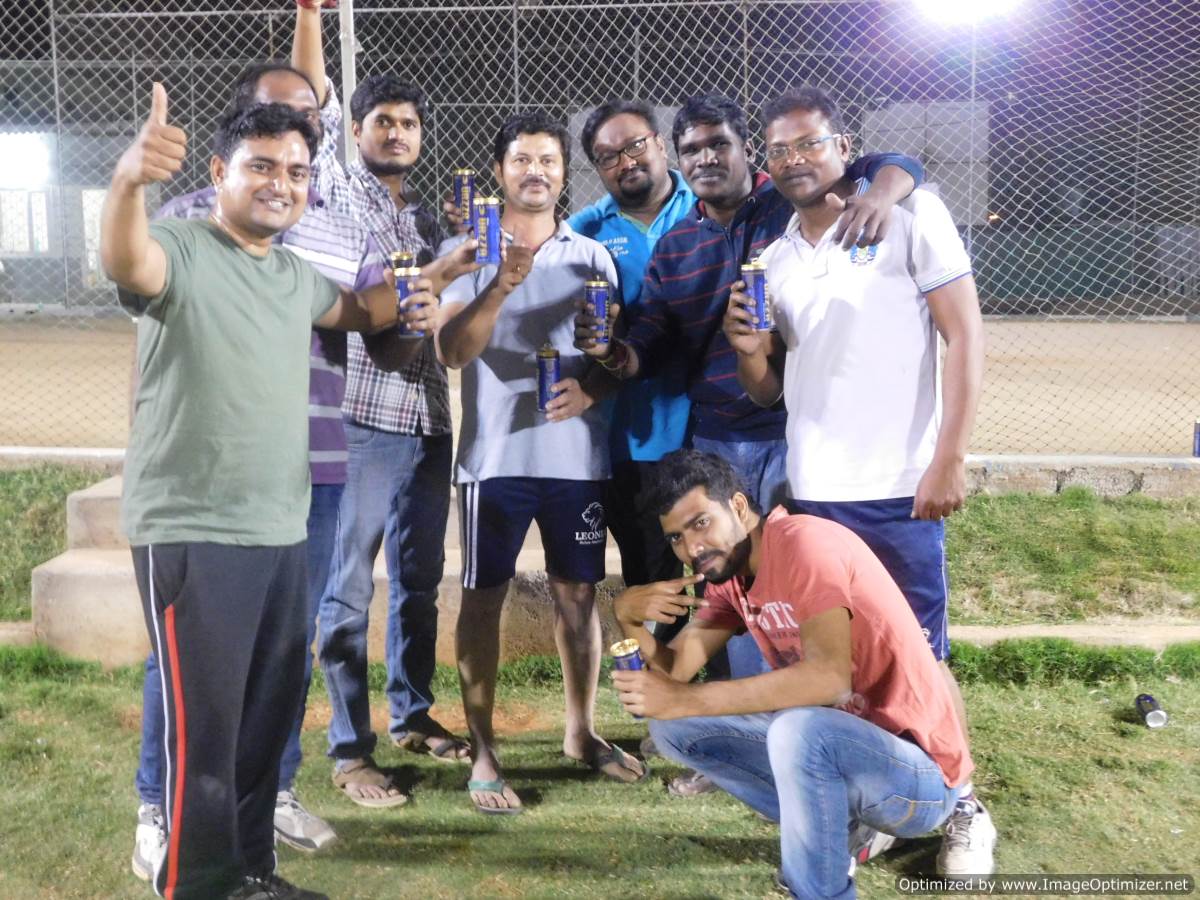 Startup sports day or rather sports night was organized by Groundwala, a web based sports application which helps people to play their favorite sports. With Groundwala application you can find an opponent for a friendly game, book a sports venues and search for various sports activity going around in your city. You can like the FB page and stay updated about such events www.facebook.com/groundwala.

The event was partnered by 91springboard ( a co-working space), INC42 (Tech media) and Urzza (Energy drink by Bisleri) and was held on 5th March at “Cyber Sports” a multi sports venue near Madhapur, Hyderabad.

Few words from the participants:

“I don’t remember when I last played, it must be years. “- Nikhilesh (Co-Founder, Helical IT)

“I just want to go home now… .”(After the event concluded, he was completely exhausted) – Sandeep (STPL)

“I never played football in my school & college and I think I have missed a lot of fun. (After playing football for the first time).” – Rahul (91springboard)

“We came here for the cup and we got it.” – Praveen (Jayam Solutions) 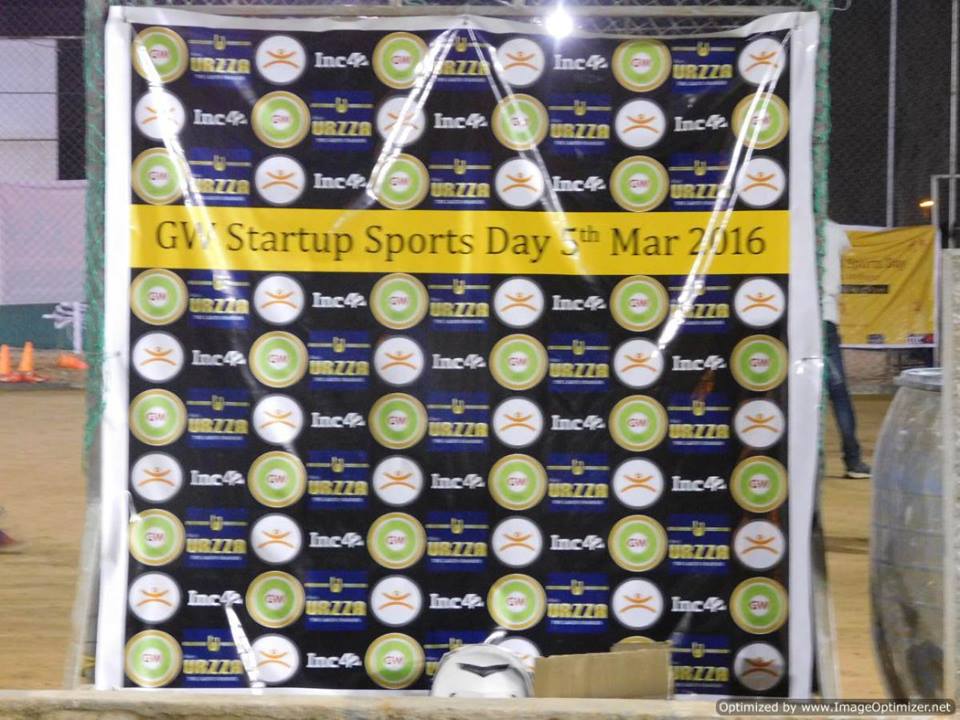