Alexander the Great valued learning so highly, that he used to say he was more indebted to Aristotle for giving him knowledge than to his father Philip for life.   In the Mahabharata, Arjuna was celebrated and revered by all as the best archer of his time, yet he owed all his skill to the virtue of his mentor, Dronacharya. There are innumerable such examples that prove that wise and tactful mentorship makes monumental difference between the ordinary and the extraordinary. Keeping in mind this novel aspect, the Telangana State Government along with Hyderabad City Police has launched the Government Mentor Program (GMP). 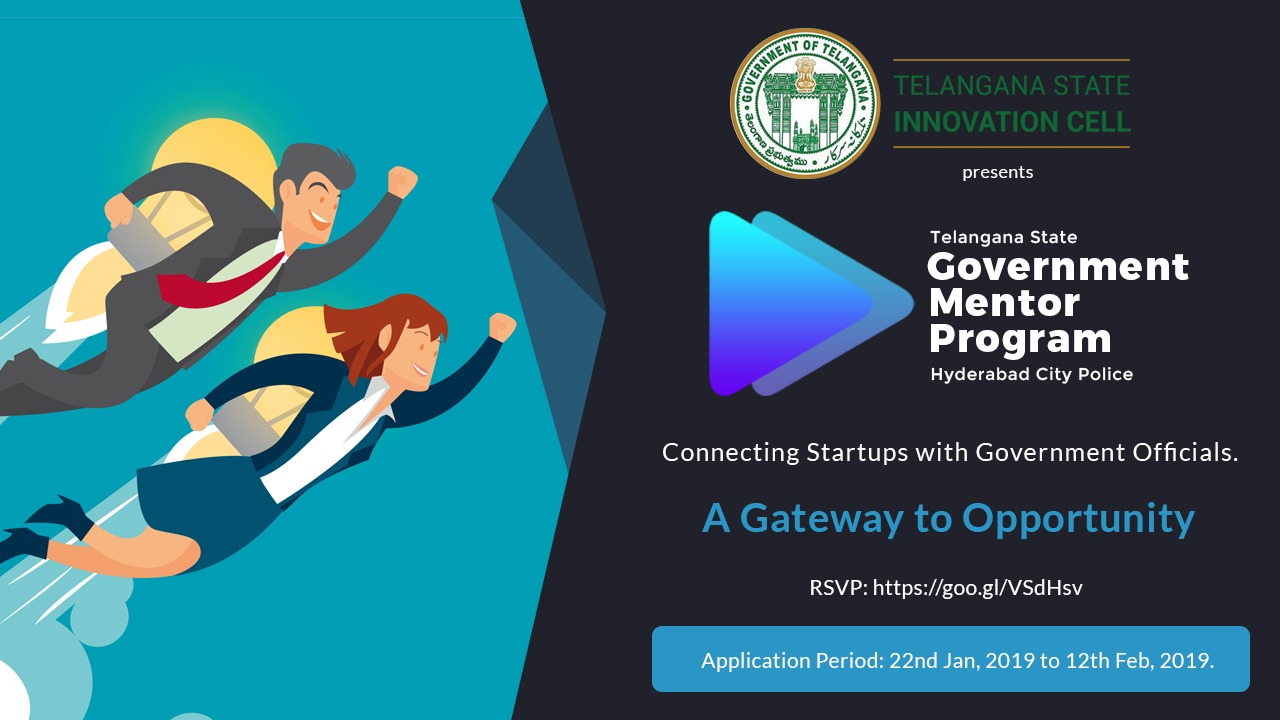 The Government Mentor Program is an initiative started by the Telangana State Innovation Cell which aims to bridge the gap between Government and Startups in the State. The program is to enable startups to build familiarity with Government by bringing Government officials from relevant departments to mentor startups. According to NASSCOM, India is currently home to over 7,200 start ups with more than 1,200 having come up in 2018 alone. These numbers shed light upon the country’s rapidly expanding innovative and technological fervour. Indians have become much more munificent in terms of investment and are it has given further impetus to innovators to develop solutions to rid the country that is currently riddled with a seemingly unending list of problems. However, these solutions seldom find their way into the mainstream decision making organs of the government, creating a chasm between the creators and the executers. Given these facts, the GEP initiative taken up by the government of Telangana is a reason to rejoice and celebrate.

Some of the magnanimous objectives of the program, as stated by the state itself are:

1. To help innovative startups by providing mentoring from Government officials.

2. To provide an opportunity for the Government to assess the capability of startups.

3. To build rapport between startups and the Government.

Under the program, the Hyderabad City police is in search of innovative solutions in the following areas:

The government is looking for start-ups that intend to have it as their customers, and start-ups from across the nation are welcome to apply to be taken under the wing of GEP. There will be two stages of evaluation and the companies shortlisted and selected will be taken on board to be mentored for a period of three months.

It is well established that it is extremely important to seek out knowledge in grant greater efficiency to any idea.  With this unique mentorship arrangement, the government of Telangana has taken a huge step to open up a channel of free flow of ideas and innovations and a rich entrepreneurial network.  India seems to be a land of immense underutilized potential. An attempt from the government to tap into this potential in such a direct and simplified manner may not only give further incentives to the aam janta to think outside the box and solve various issues but also set an example for other governments to take up similar initiatives.