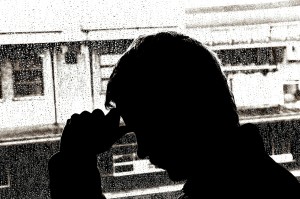 One of the most common problems but very less discussed are mental health problems. Doesn’t matter how much we have progressed but there is still a social stigma attached to people dealing with mental health problems. Competition, peer and parental pressure, cultural issues, trauma discrimination, academics and several other psychological & environmental factors are all contributing to this unspoken epidemic.

Student suicide rate in India has increased by a staggering 26.5% between 2012 and 2013 and the southern  states of Maharashtra, Tamil Nadu, AP, Telangana, & Karnataka account to more than 45% of student suicides in India. A study by NIMHANS reveals that 20% of students suffered from subclinical depression while 30% suffered from mild to moderate depression.

It is a very sad plight that even premier institutes that boast of world class facilities don’t have counsellors on campus to help students. The access to counsellors outside is limited owing to the high fees they charge and also because students often don’t open up to their parents. It is still considered taboo to speak about mental health disorders even in urban India.

Nitya Kanuri, a researcher with the Laboratory for the Study of Behavioral Medicine at Stanford University in California initiated project Mana Maali to provide students with personalised and online support to strengthen their mental well being.  She is on a mission to increase access to mental health care services to university students in India .The project uses a mobile app  called Lantern to counsel students through a messenger service built into it. The users go through  a structured 10 minute module and depending on their moods and anxiety levels, the app recommends a specific technique to help them.

Project Mana Maali is on a pilot study at two colleges in Hyderabad; Vignana Jyoti Institute of Technology and the Birla Institute of Technology and Science. As part of the trial program, over a thousand students signed up from both the colleges. The students were then grouped into categories based on their response to a survey. Participants who displayed complex disorders were reffered to therapists for face to face therapy while the ones who demonstrated clinical levels of anxiety were given access to the app. “The beauty of this process is the measurement. It lets us identify those students who need help, so that we can reach them in the right way.” said Dr DN Rao, General secretary of the society that runs Vignana Jyoti.

The World Health Organization reports that 1 in 4 people suffer from some or the other form of mental disorders and that suicide rate among youth (15 to 29 year olds) in India is one of the highest in the world. It is appalling that for over a population of 1.2 billion we have only 5000 licensed mental health professionals in our country and this makes it all the mort important to provide alternate sources of support. This huge imbalance creates an immense demand for web based programs and apps to address issues pertaining to mental health.