In what would a be a major boost to the already vibrant and burgeoning IT scene of Hyderabad, Apple has recently announced its decision to set up a major facility, only the second of its kind outside the USA, here.

The tech giant’s entry  into India closely follows a significant rise (almost 80%)  in sales of its products and the steady progress of the country towards becoming the second largest smartphone market very soon. Apple will look to consolidate its position as well as tap into India’s young and talented developer pool.

Mr. Jayesh Ranjan, the IT secretary of Telangana, is in the process of signing essential MoUs with the Cupertino company and we will get to hear the official announcement shortly. The project is as exciting to Apple as it is for the IT industry here, with CEO Tim Cook emphasizing on India’s young demographic, growing demand for aspirational consumer products and the potential of Hyderabad becoming a leader in infrastructure and policies facilitating industry growth.

The new development facility will initially focus on enhancing and adding features to Apple Maps with an eye on introducing additional departments in future. This is expected to generate thousands of opportunities and also scope for local contractors who would be contributing to projects in various ways.

Apart from its foray into RnD, Apple is also looking at a strong retail presence in India. So far, its products have been sold by partners such as Reliance Digital and e-commerce companies. However, it is now planning to set up stores similar to their experience and retail centers in China, UK and other parts of the world. If those stores are anything to go by, expect Apple to dazzle you with their unique architectural specimens around the city. 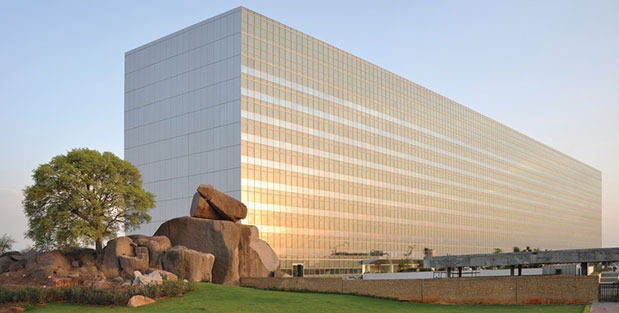 Hyderabad has been on a roll with its software scenario expanding like never before. Big players such as the likes of Google, Amazon and now Apple establishing their presence would go a long way in heightening the image of the city as a global IT hub. The tradition and rich history of Hyderabad coupled with its growing penchant for the cutting edge would contribute to its vision of becoming the best of both worlds.