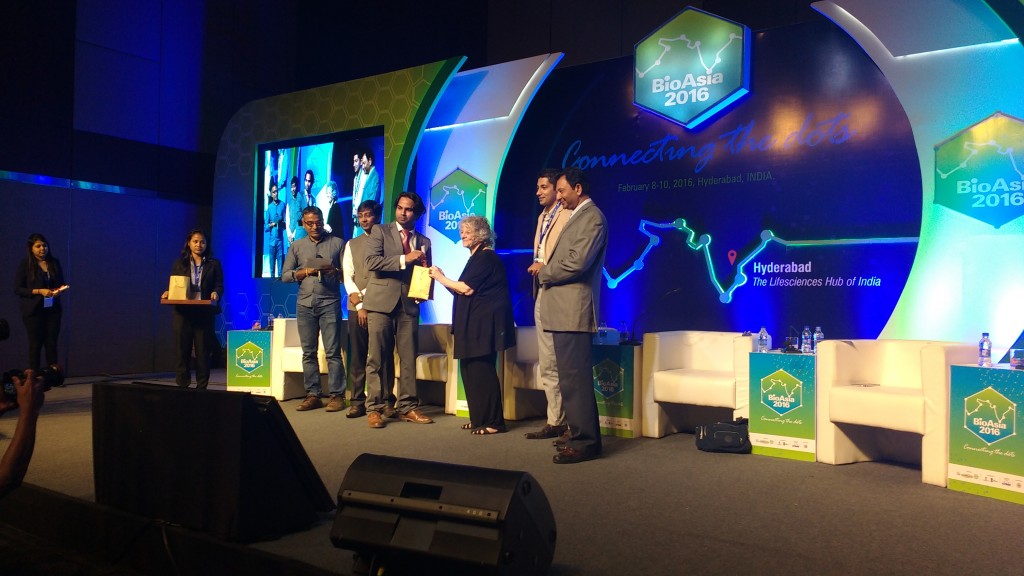 Bio Asia 2016 had selected 40 start-ups from a list of 210+ healthcare start-ups entries across India for the Conference held at Hyderabad on Feb 9-10th. The selected 40 start-ups were scrutinized by an esteem panel of judges and five start-ups were awarded as Most Promising Healthcare Start-ups for 2016. BookMEDS, a Hyderabad based Healthcare Start-up that aims to Uberize Pharma-Retail sector was one of the five Most Promising Start-ups awarded at Bio Asia 2016.

Founded in Dec’2013, BookMEDS aims to Uberize brick and mortar pharmacies across India. Customers can order medicines either through BookMEDS App or BookMEDS.com. Upon uploading the prescription, BookMEDS App shows a set of nearest pharmacies from customer’s location. The customer has the choice to select the pharmacy from which medicines are to be delivered. This level of transparency not only increases the trust of the customers but also gives visibility to the local pharmacies. Over 270+ pharmacies have signed up with BookMEDS across Hyderabad, Kolkata, Lucknow, Patna, Bhopal and Delhi. Purely on the pharmacy count, BookMEDS can be considered as fourth largest pharmacy chain in India.

BookMEDS is founded by Mohammed Abubakr, Subathra Santanam and Sajid Sikander and is based out of Hyderabad. Abubakr worked at Microsoft for 7 years, holds a Bachelor’s degree in Electronics and Masters in Political Science. Abubakr is the CEO of BookMEDS and drives the strategy and execution of BookMEDS. Subathra is alumni of BITS Pilani and University of Illinois and worked in US for about 15 years, before returning to India. Subathra heads the engineering team of BookMEDS. Sajid is an entrepreneur, who previously ran an IT company called Great Deccan Software, which provided software solutions to Silicon Valley start-ups. Sajid drives the Operations and Mobile team at BookMEDS.

BookMEDS has raised quarter million USD as Seed and Angel investments from Ravi Krishnaswamy (VP (Engineering), Flipkart), Javed Sikander (CEO, Xtream IT) and Krish Datta (CEO, BackOffice Associates APJ). With a staff of 35 employees including in-house development team, BookMEDS is now at the cusp of pan-India expansion. In last two years, BookMEDS has proved its metal in Hyderabad, which is considered as the toughest battleground for pharmacies as three of the largest pharmacy chains (Apollo, Medplus & Hetero) of entire India are based out of Hyderabad. If you crack pharmacy market in Hyderabad, you can crack it anywhere, that’s has been the matra of BookMEDS team!

“The Award from Bio Asia is a validation for all the hard work we have put in last two years. Pharma Retail was $13 billion market in 2015 and expected to grow to $35 billion by 2020. We aim to capture 3-5% of this market in next five years. We are betting on innovation to attract customers rather than purely focussing on discounts. Selling a dollar for eighty cents isn’t our strategy. By Uberizing Brick and Mortar pharmacies, we enable customers to order medicines from the luxury of their homes. At the same time, we want our App to become a virtual medical assistant for patients, something like Siri or Cortona specialized for medicines & healthcare” say Abubakr, CEO of BookMEDS.

“In last 3 months, we have rolled out amazing functionality in BookMEDS App. We read a news article which mentioned that Indian Pharmacists Association (IPA) opposes to online ordering of medicines as there is no interaction between the pharmacist and the patient. We fundamentally believe pharmacists are critical for Pharma Retail industry, so that feedback from IPA was an eye opener. We brainstormed for days and nights on how to solve this problem and a month later, we came up with an innovative solution. As soon as customer orders medicines to the nearest pharmacy, we enable a chat session between the customer and the pharmacist at the pharmacy store. So, now patients can chat with the pharmacist and get their questions clarified. In future, we will roll-out video chat functionality, so that patients can have face to face conversations with Pharmacists” says Subathra, CTO of BookMEDS.

For more details about BookMEDS, you can contact Mohammed Abubakr, CEO of BookMEDS @ +91 8978604465 or abubakr@bookmeds.com 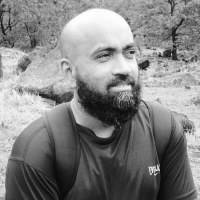 Srinivas Aki is a senior technologist based in Hyderbad, working with entrepreneurs and startups advising them on technology, products, and strategy. As an Indian born and US-bred technologist, he brings a formidable outlook to software-driven endeavors. If you are an early-stage startup looking for advice, reach out to the author at srini@bitflexadvisors.in