“Imagination is the only weapon in the war against reality.” 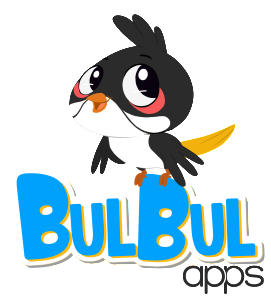 Sometimes for the average Joe, or rather, average Srinivas, (we’ll use a popular Telangana name here!) only imagination is not enough. You’ll find that you need money and resources to back your imagination. Apparently, Prakash Dantuluri was thinking along similar lines when he founded Bulbul Apps, a studio to create global quality local content for kids. “I met so many wonderful storytellers, who did not have the means to reach the reader. This got me thinking of a way to break all barriers between the storyteller and the reader,” says Dantuluri, explaining   how the idea for his startup came about. He stresses on the the market opportunity, defining their market segment as kids below 8 years of age, substantiating it with facts and figures on their content consumption. “In mature economies today, the screen time for these kids is on a steady increase and a recent study shows that as much as 28% of revenues on app stores are generated through the kids segments,” says Prakash.

With a film-making background, Prakash understands media and content. He sees Bulbul studio as a one-stop solution for anybody looking to create content for kids. The way it works is simple: When you have a story, you can choose artists and talent from across the globe via the Bulbul Studio. Bulbul Studio also offers you canvas technology in creating your story with a few simple drag and drop options – similar to making a powerpoint presentation. That’s it! The studio at their end takes care of the server side technology and market strategy. They publish the story via their app – Bulbul Apps. The money you make from your story is sent to you after a small cut by the Studio. The App works on a freemium model, where a few books are free to download. For new and fresh content you have a subscription fee of Rs. 50 per month.

Since its launch in 2015, the Bulbul Apps has been doing quite well and boasts of the number 1 app title on the app store on multiple occasions. In the last nine months that it has been live, the App also boasts of 14 million book downloads and 11 million video views.

“At the core of it all, we want to generate local content, and since we understand the Indian ethos we’ve launched here. But the plan is to make Bulbul globally known for local content. Local content for where you call home,” says Prakash on where he sees Bulbul studios heading.

The startup has raised $750K from High Networth Individuals (HNI) and are fully funded for 2016. They are now making revenues and  are looking to break even by September this year
. For 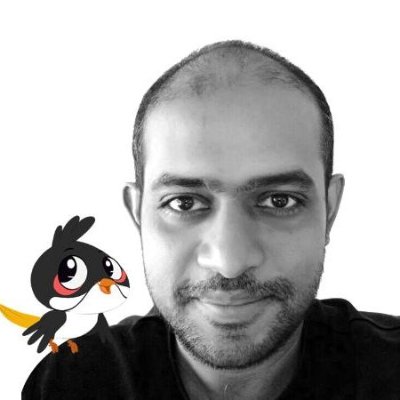 future funding, Prakash says that sometime next year, he’ll consider and reach out to VC’s.

So, what’s Prakash’s story? He was a filmmaker once upon a time, and has made a couple of movies in Tollywood. After this, he went on to launch a couple of startups like Deevee One and Paradigm Creatives, that is now Mtuity, before starting Bulbul Apps.

If you’ve used the app and have any specific comment for Prakash and his team, please comment here. Bulbul Apps has a lot of exciting stuff in their repertoire to be released in the next few months. Be sure to follow Startup Hyderabad and we’ll be sure to keep you posted!