India’s fourth largest startup, Byju’s has raised funding of $31 million (around Rs 214 crore) in a financing round led by US-based investor General Atlantic(GA), along with Chinese internet giant Tencent and Canada Pension Plan Investment Board (CPPIB). The investment takes the valuation of the Bengaluru-based company to over $5 billion, from $3.6 billion when it raised $540 million in a funding round led by South African conglomerate Naspers in December. While the news was circulated in December 2018, the company’s filings with Registrar of Companies at the Ministry of Corporate Affairs show that the monetary transactions around those reports are yet to be completed.

Till now, the company has received only around $367 million of the said $540 million,  though the transactions have commenced in October last year. But that’s not all, the Series F round has seen Byju’s valuation go up from $3.26 billion to $5.13 billion. According to regulatory documents sourced from business signals, GA had invested another Rs 173 crore, while Tencent invested Rs 41.63 crore, giving Byju’s a post-money valuation of Rs 37,155 crore ($5.38 billion), which indicates that Byju’s may be preparing to raise more money at a significantly higher valuation in near future. 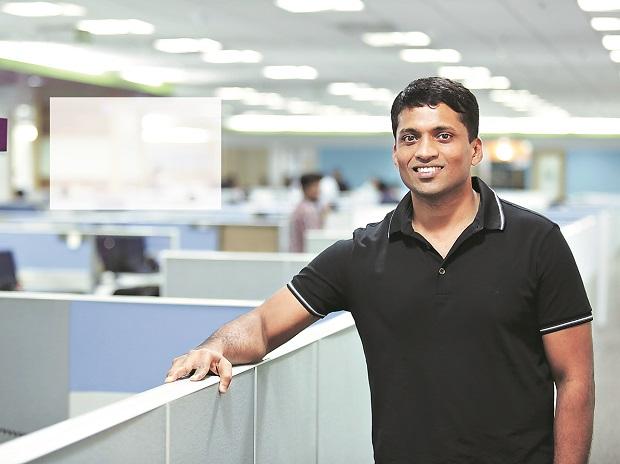 Byju’s is now formulating plans to foray its reach into markets like the US, UK, parts of Europe and Australia, targeting the age group of 3-8. In India, it plans to expand its bouquet of products by catering to grades 1-3, in addition to the 4-12 segment, where it is already present. The Edtech firm has also made four acquisitions so far, the most recent being that of Silicon Valley-based educational gaming start-up Osmo, which it bought for around $120 million in January. The acquisition is expected to get Byju’s access to different market segments. Osmo’s products, which have evoked a huge response in the US, are expected to play a big role. Besides that, Byju’s is looking to get on board another financial investor to help it gain access to some of these markets, especially in Asia. This is expected to happen immediately after its global launch.