If there is one event which is responsible for taking comic book fandom and pop culture to the next level, it’s Comic Con.

For more than four decades now, comic con has been delighting comics aficionados, gamers, fans and practitioners of creative movements and anyone generally interested in exploring the wacky, fun-filled universe of entertainment. What started as a small one-day meetup of few like-minded people in San Diego, California has now evolved into a premier event drawing thousands of visitors every year. A one-of-a-kind convention spread over three days, the itinerary is filled with workshops, gaming events, film screenings, panel discussions, comic book and film exhibitions, cosplay and many more.

While all this sounds tremendously exciting, for Indians the dampener was the lack of an Indian chapter until recently. As it grew in popularity and the desire to visit it gripped a sizeable Indian population which could not travel abroad, things finally started falling in place. In 2011, a group of youngsters took the vision of Comic Con India forward and the first edition was held between February 19 and 20 at Delhi. Along the lines of its international counterpart, the Indian comic con featured stalls by prominent comic book publishers, workshops, interactive sessions, interviews and presentations. At the very outset, enthusiasm was high and it was clear that the event would be a success in other cities as well. The same year saw the Mumbai edition of the comic con in October. Over the last two years, the event has been held in Bangalore and Hyderabad as well.

Comic con India has, within its brief existence, become the go to event for aspiring authors, artists, designers, game developers and filmmakers for networking, knowledge sharing and generally having a good time. The crowds have already swelled to a size which requires organisers to hire large convention centers in the cities they are held in. Attendees flock to the stalls to learn about upcoming graphic novels, artwork and games. Keeping the unique appeal of the extravaganza in view, cosplay is one of the most popular events which sees participants dressed up as popular comic book characters, superheroes and celebrities. 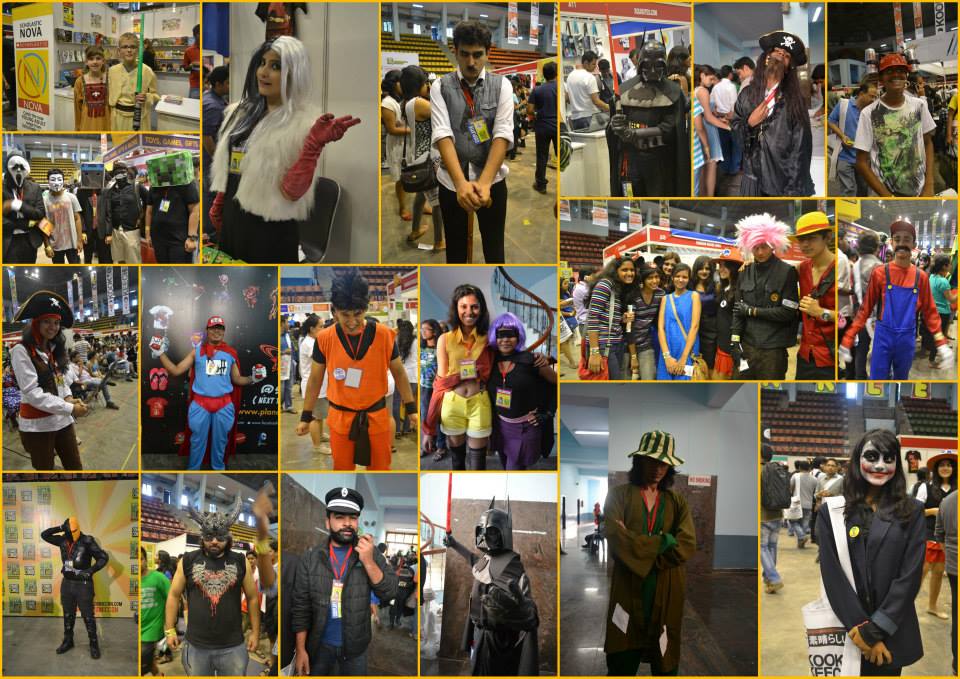 Its popularity has made the event a preferred platform for book launches and startups in the fields of publishing and games to showcase their products and connect with their target audience. The 2013 Delhi comic con saw Online digital content marketplace Readwhere launch a new initiative called “Free Comic Book Weekend”, to allow Readwhere users to download Indian comics for free. In the same year, the Bangalore comic con featured book releases  from popular Publishers like Holy Cow, Campfire Graphic Novels and Manta Ray.

Comic con 2014 has already hit Bangalore where it was a huge hit as expected with all the regular events and additionally, live chats with celebrities. Now it’s time for Hyderabad to gear up for the second edition after a tremendous response last year. The Hyderabad comic con is scheduled from October 10-12 at Hitex exhibition centre. If you’ve visited it before, I bet you are already excited and have everything planned out already! For those who haven’t been a part of the convention’s unique ambience, here’s your chance to soak it all up. Book your passes here and get ready to flaunt the wacky persona, uninhibited.