Context as a service (CAAS) is the new bedwarmer in the services industry! - Start-Up Hyderabad

Context as a service (CAAS) is the new bedwarmer in the services industry!

Have you heard of applications which are intelligent, which can think for you and take relevant actions for you? There could be some, but they are still not within everyone’s’ reach. These apps are built using a concept known as “context awareness”. For an app to be really intelligent and act on behalf of you, it must also be able to understand/analyze the context of the problem(situation) in order to take appropriate decisions.

What is “context”? Any data that defines the problem, the environment under which the problem arose, the details that are needed to understand the problem fully, and the various factors that might influence an outcome. 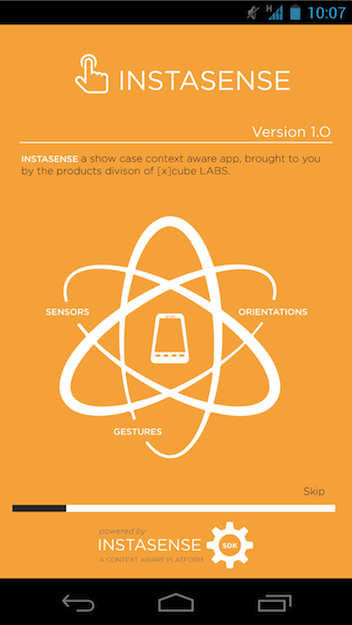 Context-Aware apps are much in demand these days because of the fast-paced lives we are living in. When I heard about a group named InstaSense, & that they are building a framework to enable developers to build futuristic and intelligent apps to drastically improve peoples lives and their interactions with technology and smart devices, I was wondering if these developments would work or even be possible or helpful in our Indian context. Smartphones, in particular Android based devices have become affordable & penetrated large segments of population.

I had spoken to RK at InstaSense a few months back. InstaSense is a division of [x]cube LABS, a Hyderabad based Enterprise Mobility Company.  I  heard about Context-Aware applications / platforms and how they have an SDK ready for developers to deploy and begin creating richer user experiences while using smartphones.

In RK’s words, “We have a context aware platform ready for deployment, opening a volcano of possibilities in building and delivering smart responsive mobile applications”. While most of my interactions with RK revolved around the essence of the word context in the mobility space and the challenge in building context aware platforms, InstaSense evolved from giving the boorish feel of a product which had no market appeal to a force with immense capabilities and possibilities as a context aware platform in the mobility space.
InstaSense is a SDK packed with more than 300 methods & classes packed in 10 different packages for Android developers.

InstaSense deals with providing ready access to a layer of contextual intelligence which helps in infering various core events happening in a smartphone and another layer of predefined custom events(which are a complex combination of various individual events) which helps in understanding various situations a smartphone user might be facing. To simplify with examples, take one of the methods on smartphone core events like getAppLaunchCount(); – which gives average daily count of apps a smartphone user interacts with. Similarly take another method, isUserinAppFrenzyMode(); which understands the pattern of app usage in the recent time and shows me a true or false parameter for the requested inference.
The concept of contextual coding by providing access to smartphone user moods & situations as Android methods to developers is extremely exciting and intriguing. It opens up new market opportunities and makes artificial intelligence easily accessible to Android developers. It could revolutionise the way apps behave. Mobile applications could now understand various user situations and behave as mini-positronic brains to do relevant things.

RK suggests that building the context aware platform is a first attempt to explore these unchartered territories of accessible user data. In this case using InstaSense, the fictional worlds of vastly accurate personalised advertisements, strong personalised & responsive mobile device management systems, games adapting on moods of gamers and precise access to user insights for short-term market psychoanalysis, all could become a near-possible reality much sooner than we anticipated. 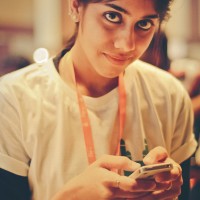