After India’s first rocket launch, another Hyderabad-based space startup aims for the stars. On 26th November, Dhruva Space launched two amateur radio communication nanosatellites as part of ISRO’s PSLV C54 mission. The launch took off at Sriharikota. Earlier this month, on 18th Nov, Skyroot made history with the launch of its private rocket.

Previously in June, Dhruva space qualified its Satellite Orbital Deployer onboard PSLV C53. And now, they will be demonstrating and qualifying their nanosatellites; Thybolt-1 and Thybolt-2 in the Low Earth Orbit. This ISRO mission is named Thybolt Mission and is supported by various ham radio clubs across India. The Indian Space Promotion and Authorization Centre (IN-SPACe) and ISRO on Saturday facilitated the launch.

Dhruva Space began in 2012, as a full-stack space engineering solutions provider based in Hyderabad, India. Being a National Startup Award winner, the company is active across Space, Launch, and Ground segments, and supports civilian and defense clients worldwide.

The PSLV C54 carried EOS-06 (Oceansat-3) and eight nanosatellites including – BhutanSat, and four Astrocast – from Spaceflight USA, alongside a hyperspectral imaging satellite ‘Anand’ from Pixxel, and the two Thybolt satellites from Dhruva Space.

IN-SPACe is the autonomous, single-window nodal agency that promotes, enables, authorizes, and supervises the space activities of Non-Governmental Entities (NGEs) in India. So far, the authority has granted authorization to 5 private entities, encouraging the private space sector.

Dr. Pawan K Goenka, Chairman of IN-SPACe, Department of Space, says: “We stand witness to yet another successful launch by ISRO today. For the private space sector, it is indeed a remarkable feat as Dhruva Space and Pixxel successfully executed their missions. One of the first private firms to be granted approval for payloads launch by IN-SPACe, Dhruva Space is leading the way in the development of indigenous satellites, while Pixxel takes another step towards building a constellation of hyperspectral imaging satellites with the successful launch of Anand. These launches by Indian Start-ups will have a significant bearing on the Indian private sector’s future endeavors in space.“

Sanjay Nekkanti, CEO, Dhruva Space, says; “This is a moment we’ve long been preparing for. We’re truly grateful for all the support IN-SPACe has given in bringing this mission to fruition – right from authorization to execution. We’re also grateful to the Department of Space, ISRO, and NewSpace India Limited for their assistance. We hope to successfully execute our objective of making India’s amateur communications ecosystem more robust. Additionally, we aim to fuel a more holistic dialogue about satellites.”

Setting a new benchmark with this launch, India aims to make a significant leap in space exploration! 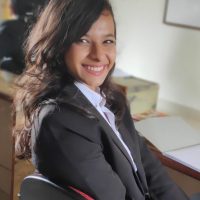