When a Digital Marketeer Ran an Offline Ad - Start-Up Hyderabad

When a Digital Marketeer Ran an Offline Ad

I have been a digital marketing native, so when I took over marketing at PurpleTalk five years back, digital was definitely the first choice. Since then we have used almost every digital channel and except for few experiments gone awry, most of them have paid us well. Besides attending, sponsoring and exhibiting at few major events every year, offline never featured in a large way in our marketing strategy.

Now when our HR team is working hard to meet their hiring targets and all our usual recruitment channels were firing full blaze, we thought this is probably time we try offline to tap into the local talent pool.

As this was our first offline initiative, we were little shy on allocating a big budget and fortunately enough, through some connections we got access to a 20ft x10ft billboard on a construction site , right in the middle of the IT area in the city. It was a premium spot that majority of the IT talent pool in the city would pass by everyday on their way to work – however, it was NOT a proper bill board, it was a makeshift board done on a construction fence.

Also, the other challenges was that we just had that one board – we did not have a series of boards across the city to keep hammering our message and brand. So we knew if we want people to notice this and make any difference.. it has to be something different.

We planned a series of 3 banners to take the message out.

Getting Attention
We wanted to get people’s attention first and also wanted them to talk about it. The first banner was simple. It was a full purple ( our corporate color) billboard with a loading icon on it. We wanted people to think about it , wonder what is loading. 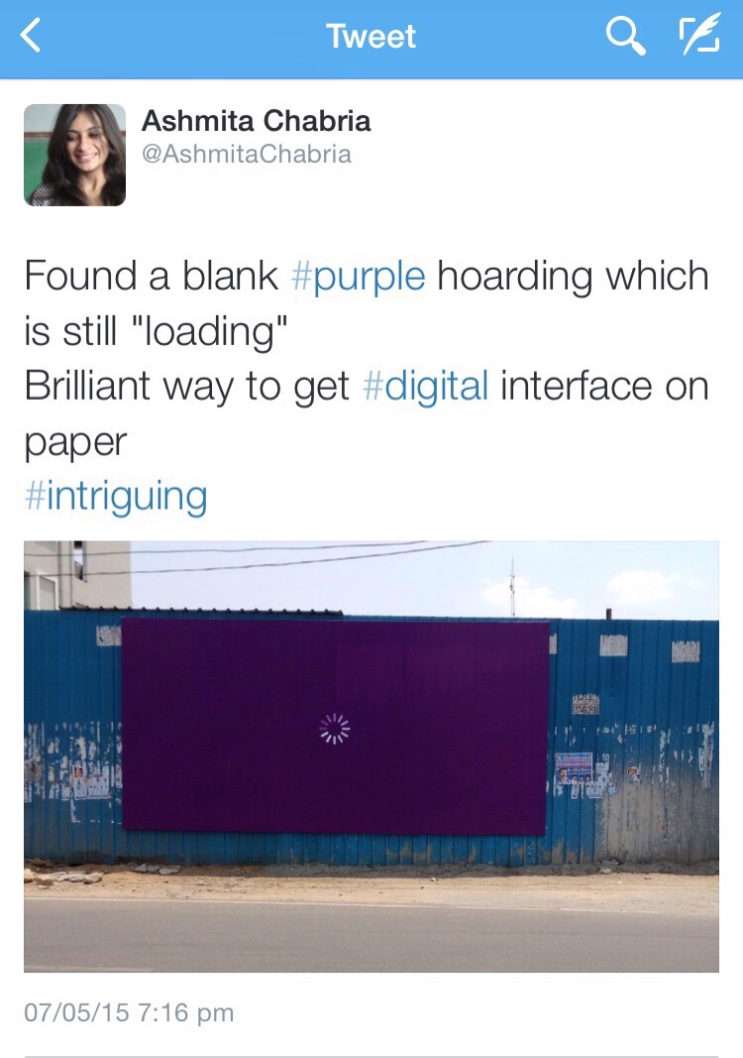 We knew the target group we are dealing with spends more time talking online than they typically do offline – so from the very beginning we started keeping a close watch on the social channels and it started in a day’s time of launching the first banner.

While the first banner got the buzz started, we knew we cannot hold the momentum for long with this one banner. On social media, people move from one topic to the other very quickly, so if we had to keep their attention, we have to keep them guessing. With that came the next banner after a week.. that had a little more clue as to who the company might be but still not revealing the message. 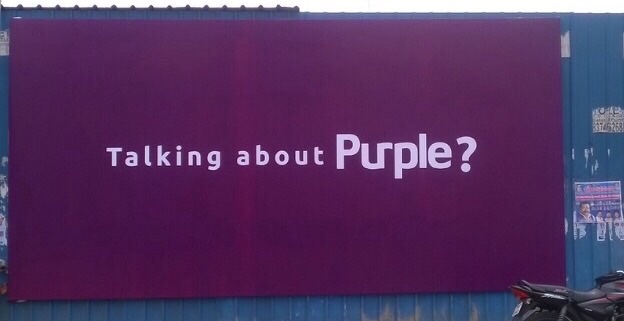 While the first banner started the buzz, this one helped to keep it going and then finally came the third one, that revealed the message.

So did this work?

We would have definitely wanted it to work better but what we got was not bad. This created a lot of buzz on both Twitter and Facebook. Some of the major Facebook groups, that had high concentration of local audience had long discussion threads with people trying to guess what the campaign was about and finally a lot of appreciation for the campaign.

Also, how can a digital guy live without analytics? While there was no way to do a direct co-relation, we still looked at our Google Analytics to see if the banner at all impacted the number of visitors to our website and what we noticed : 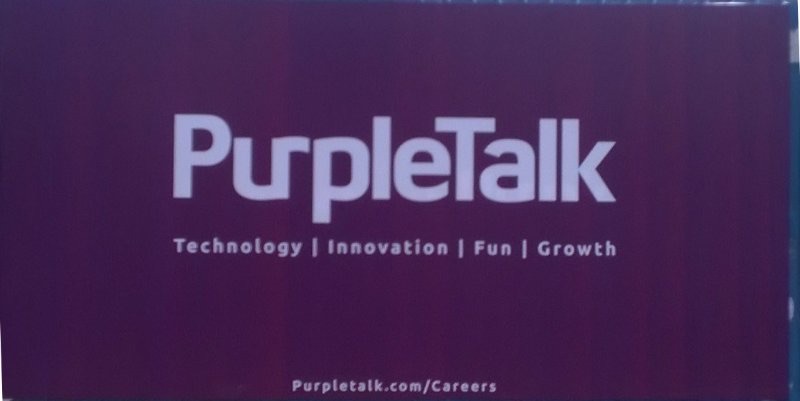 The week that third banner came out :

These numbers gradually reduced but we still saw a marginally higher flow of traffic to the website and specially the career page for almost a month after that.

As they say it’s not about doing different things but doing things differently. At PurpleTalk / [x]cube LABS we have always experimented; we actively encourage and invest in innovation may it be technology, design, people, marketing or even the way we have fun. This campaign did fit into that approach perfectly and we will have more fun stuff out there soon.

This article was originally posted in Linkedin on June 9th, 2015. 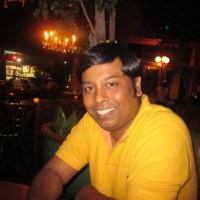 A digital marketing native, with keen interest in startups and technology Saptarshi works for PurpleTalk Inc. as VP Marketing.