Dream11 becomes the first Indian gaming company to be a ‘Unicorn’

For any sports lover, the true on-field experience is as fascinating as it is rare! To give this dull reality a dreamy twist came Dream11, a fantasy sports platform that allowed millions of cricket fans in the country to finally have their own teams, albeit virtual! Besides allowing its users to play fantasy cricket, hockey, football, kabaddi, and basketball are the other fantasy sports supported by the platform. Dream11 on Tuesday announced the completion of a secondary investment by Steadview Capital, an Asia-focused alternative asset manager. The investment by the Hong Kong and London-based firm marks the first time that an Indian gaming company has broken into the elite club of privately-held consumer and technology ventures that are valued at $1 billion or more. Dream11 is a Series D funded company with Tencent leading the latest round.  Steadview Capital’s discussions with Dream11 were first reported in February 2019. The latest investment also comes about eight months after Dream11 closed a $100-million equity financing round led by Tencent, the world’s fifth-largest internet company, that valued the company at about $500 million. Apart from Steadview, Dream11’s investors included Kalaari Capital, Think Investments, Multiples Equity, and Tencent. 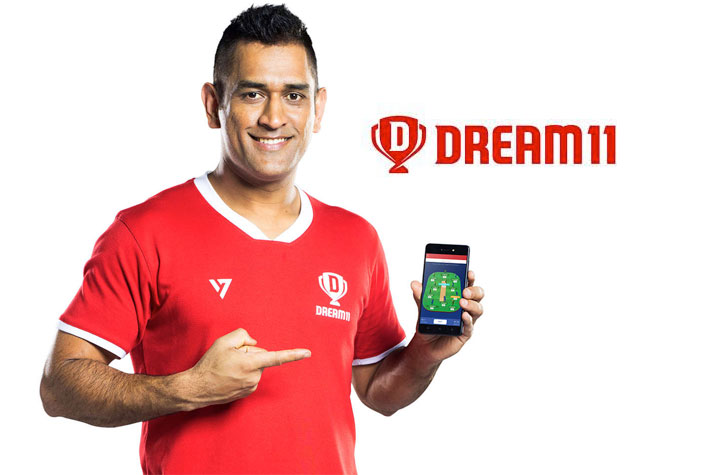 There is no denying the fact that sports in India are a big industry. Dream11 was co-founded by Harsh Jain and Bhavit Sheth in 2008. What started as a concept, today is one of the rising markets in India. Fantasy sports platforms are getting significant funding from prominent VCs and the popularity is getting bigger and better. Dream11 is India’s Biggest Sports Gaming platform with more than 4 crore users playing Fantasy Cricket, Football, Kabaddi, and NBA, has also announced cricketer Mahendra Singh Dhoni as its brand ambassador  We all know that AI over the years has found applications in several industries and time again the tech has proved that it has a major business impact — serving clients faster, better and make more money. When it comes to fantasy sports in India, the IPL season is something that is really critical for platforms like Dream11. In order to deliver top-notch customer support, Dream11 uses an AI-based bot. Created by Haptik, the Dream11 customer support bot is a conversational AI that handles the massive scale of incoming requests by delivering instant responses without making anxious users wait. Also, the bot was designed and trained in such a way that it was able to answer most of the game related queries. In 2012, they introduced freemium fantasy sports in India for cricket fans. In 2014, the company reported 1 million registered users, which grew to 2 million in 2016 and to 45 million in 2018. It is a member of the Fantasy Sports Trade Association(FSTA) and is the founding member of the Indian Federation of Sports Gaming (IFSG). In June 2018, Dream11 reported that it has 4 million users, up from 2 million users in 2017. The company also made to the list and ranked 9 among India’s Great Mid-Size Workplaces – 2018. Dream11 was also recognized as one of the top 10 innovative companies in India by Fast Company in 2019.

The Sports industry in India is booming at a rapid pace — not only on the pitch but also in terms of sports-based application. And sought after technologies like AI and ML are becoming the backbone of those platforms. While the betting industry is already leveraging machine learning and artificial intelligence, fantasy gaming platforms are at a nascent stage. However, with use cases like Dream11, it seems the fantasy gaming industry is also set to take a big leap when it comes to leveraging AI and ML to drive businesses.