With this Acquisition, Dukanline became Largest Retail Aggregator in the country. While 21,800+ Retailers Dukanline technology to improve their earnings.

Hyderabad-based retail aggregator, iPay Dukanline, has  Acquired Mystore Network of 117+ Rural Super Markets spread across Tier 3 and Tier 4 towns of Andhra and Telangana, This begins a Step forward to New Age Retail through Retail aggregation. Now on My Store will be called as Dukanline Mystore.

Dukanline in the last five years has built a network of over 21,800 retailers across south India and connects over 950 brands directly to retailers through technology.

With this acquisition, Mystore’s network of retailers can now have access to Dukanline’s technology helping them manage all their operations, inventory, and financials. Mystore plans to have about 2,000 stores by 2022 focusing on the Telugu speaking States.

Krishna Lakamsani, chairman, Dukanline, said, “We always focused on Rural India as we believe that more retail consumption still untapped by big box retailers thus giving us the advantage of niche markets. This acquisition will enable us to create Largest Network of Branded Retail not only in urban india and also in Rural India. Thus becoming Largest Retail Aggregator in the country a step forward to Strengthening our presence and expansion of our Dukanline Brand in rural India.

Our Retail Technology Made in India Helping not only Indian Retailers but retailers in other counties like Indonesia. We are looking forward to expand the same technology to emerging markets like North Africa and other developing countries.We are proud of how our easy to use technology is empowering small retailers across the world.

Now We have our own branded Stores across Rural Andhra and Telangana Just like 7 Eleven, or Indomart and alfamart of Indonesia.” 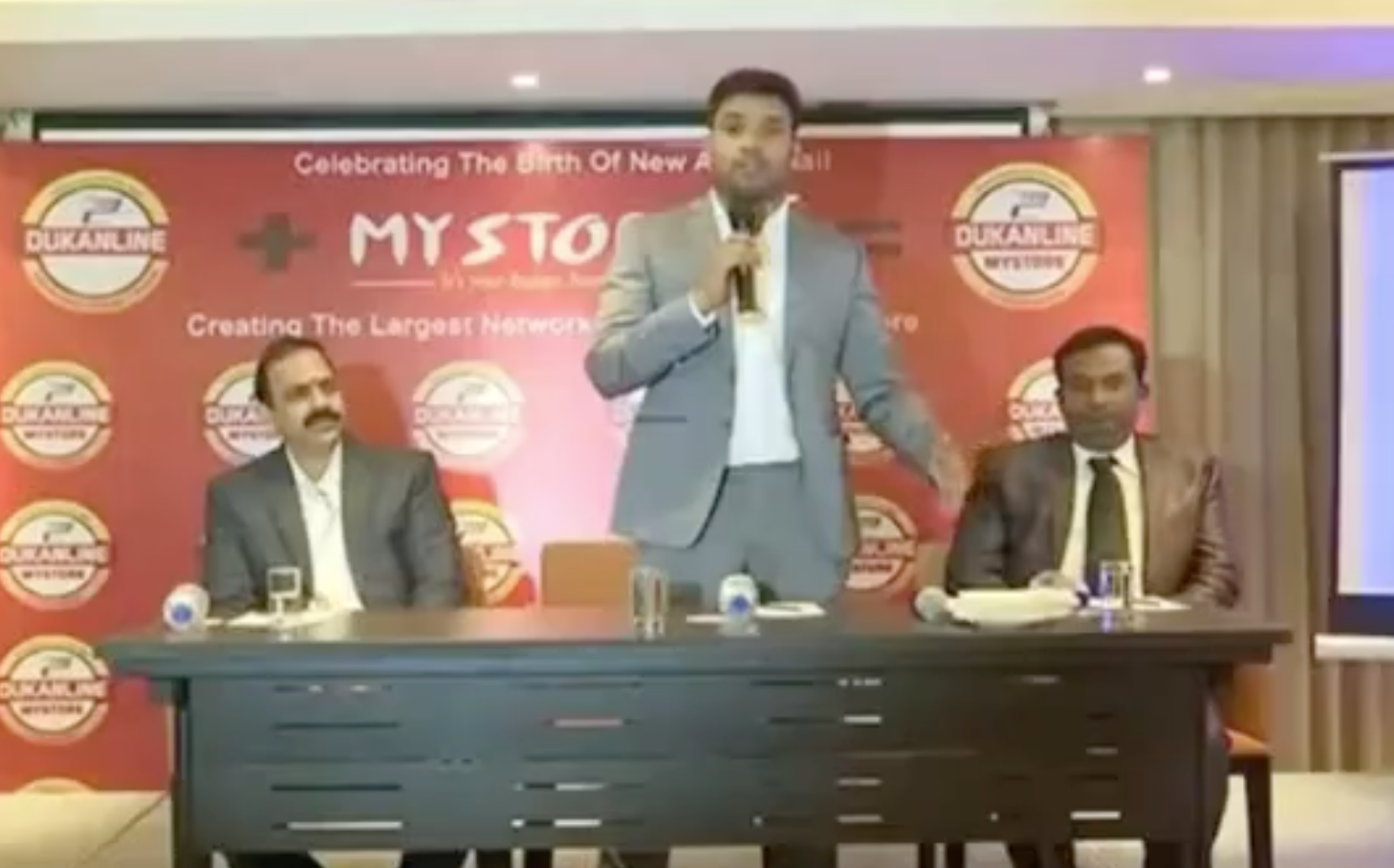 ipay Dukanline has an annual turnover of Rs 315 crores with about 2.31 million transactions every month. The company aims to double its turnover in the next fiscal. And may raise about $2 million in the next six months. In next 2-3 years, the company wants to expand to Tamil Nadu and Kerala and have 80,000 retailer base. iPay is planning to foray into overseas markets particularly in the African region, with Egypt to start with, informed, Bharath Bhushan, CEO, Dukanline.

Mystore, which has been in business for the last one year has set up about 120 stores (102 franchise stores and 18 owned outlets) so far both in Telangana and Andhra Pradesh. Founded by P Srinivasa Rao, Mystore is focused on creating super markets in rural areas as big box retailers are focusing on urban India.

With this Acquisition, Dukanline became Largest Retail Aggregator in the country. While 21,800+ Retailers use our technology to improve their earnings.With lean inventory model proposed by Artificial Intelligence thus increasing inventory cycles with less capital deployed in stock.