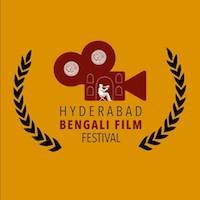 In association with the Government of Telangana and the Federation of Film Societies of India, the fourth Hyderabad Bengali Film Festival is all set to offer an unique platform for culture exchange. Being held from June 30 to July 2, this year brings an all new dimension to this popular showcase of critically acclaimed Bengali cinema in the twin cities. Additionally, Feluda, the immortal creation of Satyajit Ray, turns fifty years young this year and HBFF is looking forward to commemorating this occasion in a big way.

The theme of the festival this year is culture exchange between Bengali & Telugu: Telangana to be precise, through the cinematic language. Thus 4th HBFF is going to introduce Telugu as the Guest language which will be proudly represented by Tharun Bhascker Dhaassyam’s “Pelli Choopulu” and Rajesh Touchriver’s “Naa Bangaru Talli”. Both have won multiple national awards and major critical acclaim.

Screenings aside, the audience will be treated to Q&A sessions with actors, directors and producers after every show. A panel discussion on Bengali-Telugu cultural exchange will get a lot of valuable ideas rolling. This year, we are excited about the Federation of Film Societies in India (FFSI) partnering with HBFF to select viewers’ and critics’ choice award winners across six categories. These awards will be given away on July 2 in a gala award ceremony at Prasad Preview Theater.

Partha Pratim Mallik, the Director of HBFF & the General Secretary of Bengalis in Hyderabad, says: “Cinema is perhaps the most popular form of art in this era. In fact it is a multi-disciplinary art where science & commerce join hands with art. Therefore I think cinema has a important role to play in strengthening national integrity. This year we have picked up the language of cinema to strengthen the bond between Bengal and Telangana and are going to present Telugu films to the Bengali diaspora of the twin cities. This will bring an unique opportunity to the people of both communities to know each other in a better way, and to discover the beauty of both communities.”

Hyderabad Bengali Film Festival is the only curated and competitive Bengali film festival in India and the 3rd of its kind in the world after Singapore and Dubai. It was started in 2013. But within this short span of time HBFF has been well accepted among the film fraternity as well as the people in Hyderabad – Secunderabad. Every year we screen 8 unique and critically acclaimed films and host the actors and directors, arrange for seminar, meet the director sessions to introduce the audience with the flavors of film making. This year we are going to introduce Telugu as the guest language and will screen Telugu films apart from Bengali. Every year we invite film makers from different industries, including Telugu film industries. But this year we want to create a more prepared platform for cultural exchange between Telugu and Bengali.

Bengalis in Hyderabad: This mega event is being presented by Bengalis in Hyderabad society (popularly BiH). Apart from HBFF, the organization boasts of various activities run by its philanthropic, cultural, travel and ladies wings. No matter what one’s interest is, BiH has something for everyone. Currently with more than 25000 virtual members, BiH is the largest regional language based community in South East Asia. Founded in 2006, BiH has recently completed a decade and throughout its journey, been blessed with support and help from numerous patrons.

Visit the HBFF Website to stay up to speed with the latest news and developments.