In a race, it is inevitable to have an urge to lead or be the first one out there. Irrespective of sectors and verticals competition is something that keeps everyone on their toes. After millions of dollars of investments to counter each other in the cab aggregators and food markets, now its time for the online furniture marketplace to compete for the top position. 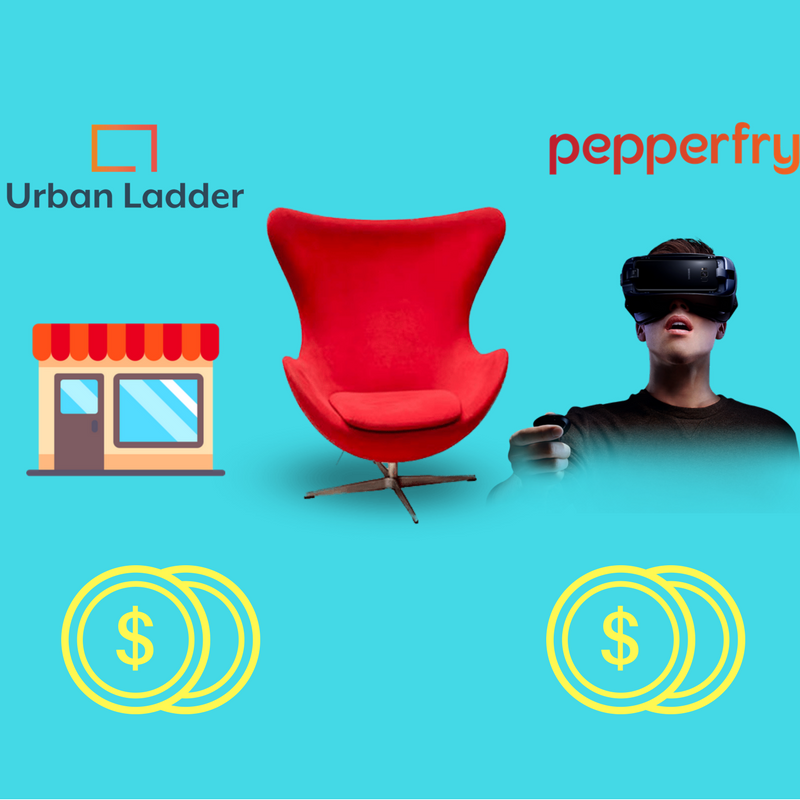 Not a month ago urban ladder, one of the biggest online furniture store has got funded by its existing investors, an amount of 12 million dollars which is aimed at building more offline stores across India by the mid of 2019. Founded in 2012, Urban ladder was able to retain its customers by giving them a wide range of furniture options to pick from 2000 products related to 35 categories. It is said that Ratan Tata is also invested in the urban ladder in 2014. So its all good for urban latter growing at a reasonable scale with decent investments from time to time.

This made the game tough for many of its counterparts in the same sector and Pepperfry is the one such alternative that people love to opt when it comes to decorative and sophisticated furniture. And it’s a coincidence for both the rivals in space got funded at the same time. Pepperfry was able to raise an amount of about 250 crores which will be used to provide the AR/VR technology setups in tier-II cities for customer touch and feel experiences. It seems, unlike urban ladder, this particular investment boost of 250 crores is a process of preparing Pepperfry on its way towards an IPO. For Pepperfry it’s going to be a cakewalk now to use technology to reach the crowd and also to grow big enough.

So far urban ladder raised 7 rounds of funding which is equivalent to a total amount of  $107.2 Million funds including its recent venture round funding of $12 Million on March 1-2018. Whereas Pepperfry has a funding amount of total $197.5 Million including the recent funding amount of 250 crore rupees in its series-F.

Both opted to take on different paths when it comes to how and what they are planning to do with the raised funds as for urban ladder its offline stores and for Pepperfry it is utilizing the technology. But both are desperate to tap the marker in tier-II cities. It’s really interesting because everyone wants to know whose strategy will work when entering new markets apart from metropolitan cities.