The shaky steps of yore has steadily turned into rapid, confident strides as far as the Indian gaming industry is concerned. With each passing year, the Indian gaming scene welcomes newer studios specializing in various genres of gaming and a host of new titles which showcase them at the best of their creativity. The casual gaming revenue is set to reach a very impressive USD 244 million shortly. Company wise, India boasts of over 100 game development organizations which includes global giants such as Ubisoft, Zynga, EA, Disney and others. The previous financial year saw the release of 40 Indian game titles across various platforms.

With such diversity and an extensive talent pool, a conference coupled with exhibitions and game jams is guaranteed to be nothing short of fascinating. NASSCOM has been organizing the annual Game Developers Conference over the last six years to provide just such a platform to the fledgling and flourishing Indian gaming industry. The NASSCOM Gaming Forum, which was set up eight years back, boasts of an advisory council with representatives from India’s top gaming companies. It has five active city chapters – Mumbai, Delhi, Hyderabad, Pune and Bangalore – each of which regularly hosts developer meet-ups. This enables the forum to attract the best minds from the industry to come forward and speak at this conference. In its seventh year, the conference has evolved to be a premier event focussed on learning, networking, competition and taking the industry to greater heights. 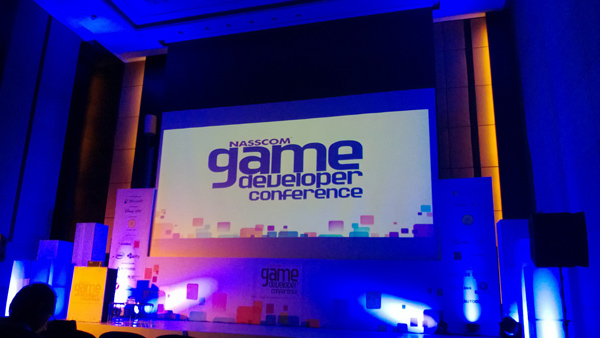 This year’s event, scheduled from November 5 to 7, is shaping up to be as exciting as ever with a star studded lineup of speakers who would be covering all aspects of game development including concept, design, art, engineering, live operations, marketing and user acquisition. Attendees would get the opportunity to interact and learn no matter what their areas of interest are. Apart from sessions, the NGDC would feature workshops, “build your own game”-events, opportunities for professionals within India and abroad and meetups with investors where entrepreneurs can work on improving their business plans, socialize with investors and pitch their ideas to VCs and angels.

A game developer conference must have its unique quirks and fun elements and the NASSCOM GDC is never found wanting. As the sessions and workshops come to an end, delegates are treated to action packed evenings featuring live rock bands, unlimited beer and several other fun activities. For professionals, gamers, enthusiasts and those looking to set up their own studios, this is a package you cannot afford to miss. Head over here for all the details regarding the event and get ready for a special weekend.