5 years ago     Saritha Keshamoni
Kitki is a Hyderabad based start-up that started in 2013 to change the perception of learning – from boring to fascinating. For the first two years, they worked with schools and organised several field visits and experiential learning workshops. While they struggled to convince the schools to change their orthodox teaching methodology, they realized how effective games can be at creating an active learning environment for all kids. 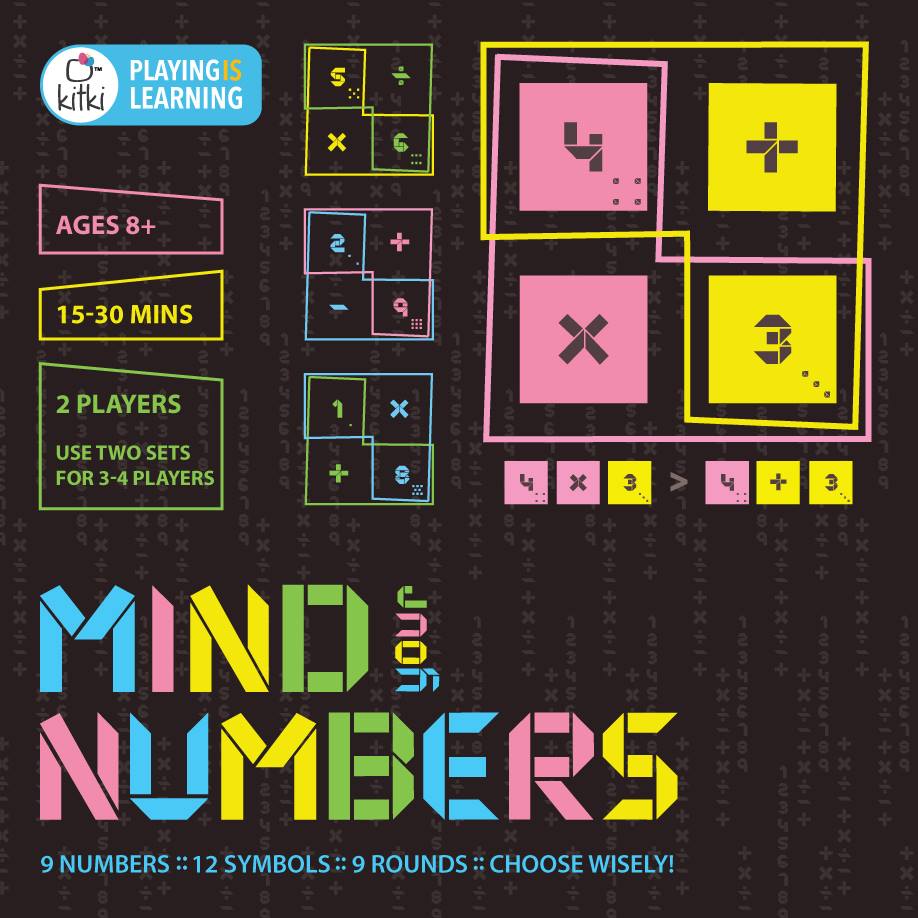 After nine months of rigorous play-testing, they launched their first board game in January 2015. They needed support to manufacturing the games at a large scale. Thanks to their crowdfunding campaign on Indiegogo, over 400 pre-orders from 15 countries came to their rescue. This stimulus gave them the confidence to launch two more games and since then, they sold over 10,000 units worldwide. Pramod Ponnaluri, the founder says, “more than the numbers, we derive satisfaction from the fact that we spread so many more smiles and began changing the perception of learning.”
Recently, they announced their fourth board game called Mind Your Numbers. It’s a simple, yet challenging math game that makes practicing arithmetic fun and eases math anxiety. Once again, the game has been launched in Indiegogo and is open for pre-orders.
If you have/know kids of ages 8+ years, this is a great way to not only get the game at a big discount but also get your or your kid’s name printed in the rules book of the game in every published copy!
Click here to support and bring Mind Your Numbers to life: http://bit.ly/SHKitki
About the game:

Using just 9 numbers and 12 symbols, players compete for 9 rounds to earn points with higher results. Planning when to use which number and symbol combination holds the key to winning. And the combination changes every time you play due to two randomly chosen mystery numbers that are hidden from opponents and award bonus points in the end.