As the first half of 2018 draws to a close, we can say that the year has again been incredible for Hyderabad Startups. While Bengaluru and Delhi are constantly in the battle for the top spot, the number of companies from Hyderabad that raised funding continues to rise. 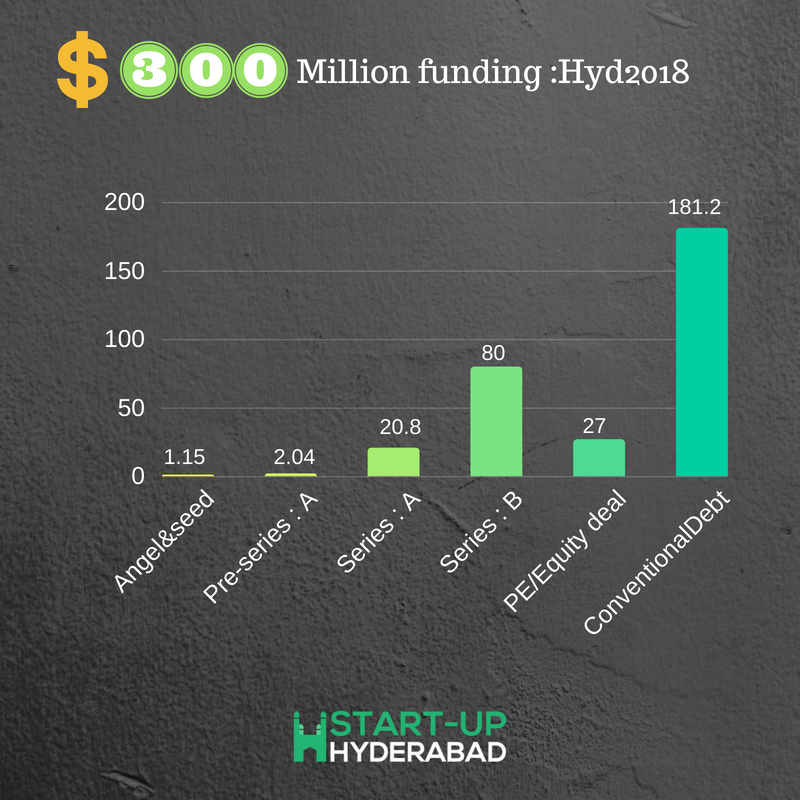 2018 started with Ambee, a next-generation public safety technology platform, raising a seed round of $75,186 from Spiral ventures. Other startups that raised seed rounds in January include Paymatrix ( $4000 from International Institute of Information Technology-Hyderabad’s IIIT Seed Fund )
Tech-enabled fashion startup 6degree raised $400,000 from Indian Angel network and TAN Advisors in a pre-series A round.

Spandana Sphoorty Financial Limited, a leader in the microfinance industry raised $63 million from Bank of Baroda and IndusInd Bank, while MedPlus raised $117 million as conventional debt from Goldman Sachs.

Total Funding: $ 7.8 million in funding and $180.5 million in conventional debt

Khethinext, a platform that enables digital agriculture transformation, incubated at the Agr- Business Incubator of the Icrisat, raised $ 5 million in Series A funding from a Dubai based company while Joveo, an AI-based recruitment technology platform raised the same amount in a round led by Nexus Venture Partners.

AI-based fintech company HighRadius raised an undisclosed amount in a funding round led by Citi Ventures and PNC and V ClinBio Inc., a biopharmaceutical company acquired 49.98% equity stake in Cellix Bio, a Hyderabad based innovative drug design and development company for an undisclosed amount.

NowFloats, a late-stage venture, $ 2.2 million in a bridge round from its existing investors Omidyar Network, Iron Pillar Capital, and IIFL. They have also secured a loan of $766,108 from Blacksoil capital.

Antariksh Waste Ventures Pvt Ltd incubated at IIT Madras raised a seed round of $ 7500 from the IIT Madras startup grant and OhLook raised $95,000 from HNIs. The ed-tech startup, IndigoLearn, raised $150,000 as seed from a group of angel investors including Maheshwar Peri, founder of career information site Careers360. NicheAI raised an undisclosed amount in an angel funding deal from IIITH Seed Fund, Times Internet, IIITH Foundation and other HNIs.

WhistleDrive, a transportation technology startup, raised series A funding of $ 747,195 from Colosseum Group.

Truck aggregator Freight Bazaar has raised an undisclosed amount in Pre-Series A funding led by Omphalos Ventures India and ah! Ventures. In another pre-series A round led by Accion Venture Lab, YourNest and other angels, $ 1.3 million were invested in CredRight, a lending platform.

The Hyderabad startup culture remains strong as the city buzzes with innovation and funding continues to grow. Based on the growth patterns witnessed during the last few years, we believe that the second half of 2018 will be as eventful for startups and investors.Lets hope for the best!