Ola has been planning to introduce electric vehicles into its system since long. This smart move has been the main discussion of lot of Ola board meetings and it has been a major stake for investors with, SoftBank being the primary investor.

“Give away a million electric cars, made in India, for free to drivers of Ola cars. “quoted Masayoshi Son, chief executive officer after his meeting with PM Narendra Modi.

Now, moving swiftly ahead with its idea, it has recently collaborated with the Telangana Government for a trail run of these cars in the city. To be able to support this trial, Ola has successfully reached out to city based electric bike experts, Gayam for help.

Gayam Motor Works (GMW) was founded in 2010 by Rahul and Raja Gayam. Raja was studying Master’s degree at University College London and in 2008, when he returned, both brothers decided to start their own firm which would make electric vehicles. There was no looking back since then, and soon they made their first ever electric auto-rickshaw. 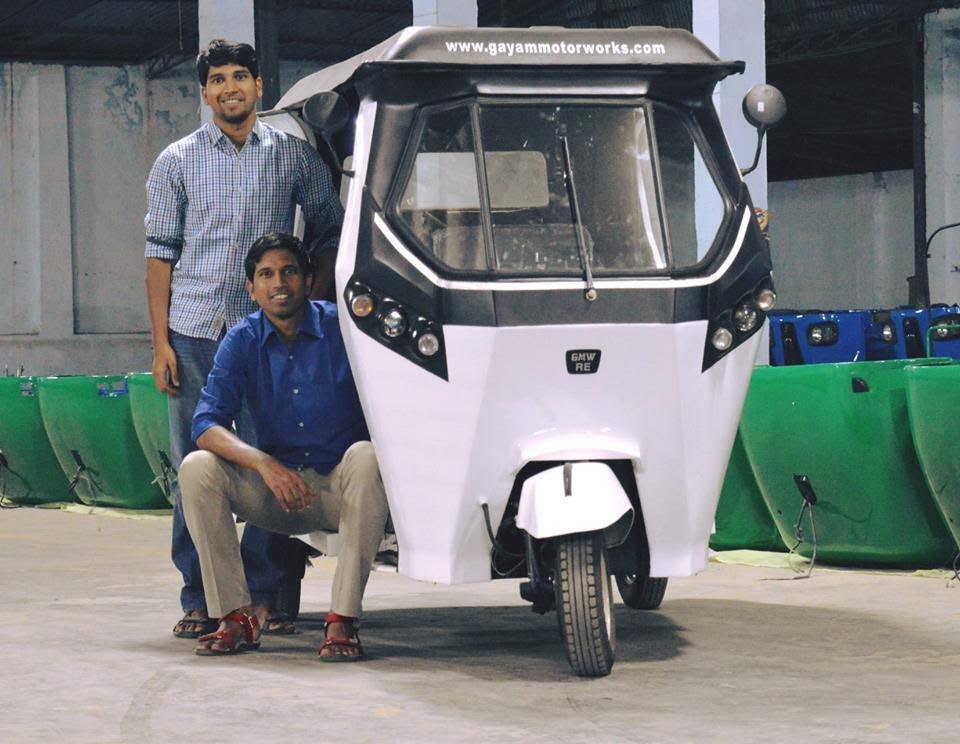 After that innovation, another innovation followed which was an electric assistive bicycle which consisted of special mechanism v/s the expensive imported Lithium-ion batteries. The duo aimed at cutting costs to make it these electric vehicles affordable to everyone. The price of the electric-assistive bicycle is Rs 45,000 and when fully charged, it speeds up to 60 km. The owner has to pay only Rs 4 per 60 km. These bicycles were bought by UberEATS in Singapore, Hong Kong, and San Francisco. Last year, GMW was in the news for its partnership with UberEATS and Swiggy.

After all the successful collaborations of GMW, Ola and GMW are now in discussions for this new collaboration – they are in talks for electric autos. The plan is that, once these electric vehicles are introduced, people will start using this and eventually help in reducing pollution.

Currently, Ola plans to trial run electric vehicles in Mumbai, Delhi, Bengaluru and Hyderabad. The project is planned to be piloted in June or July 2017.

“We are in talks with Gayam Motor Works, who is assisting us with this project, “ said an Ola executive on condition of anonymity . “Ideally, it’s like how you have seen Tesla in the United States. There will be plans to set up battery charging or swapping stations across cities. As of now, we are only looking at the top cities like Mumbai, Delhi, Bengaluru and Hyderabad. “

Way to go GMW and Ola! Hope this idea really kicks in and is adopted by the public. This will help reduce pollution to a great extent!