How important is money? - Start-Up Hyderabad

How important is money?

A couple of days back, friend of mine and I were talking about start-ups that have difficulty in raising money. In fact, he has a couple of start-ups that are in desperate need for money. With the way things are going, he has been struggling for quite some time now. He is now paying his bills from the money he earns by consulting. This time, used for consulting, eats away into the time he would have otherwise utilized for his start-up and start-up projects. I could empathize with him because i have been through such a phase in my initial years.

My advice to him was – money is not the only catalyst required to move things forward.

Money does help take things forward, but it not the only factor.

So, does that mean that when you spend more money, things move faster in a progressive manner? 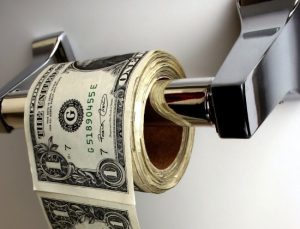 The moment we get our hands on money, we start doing things that we would not otherwise have done. You will hire people, get an office, and even get some administrative expenses. You might also spend on fancy business cards. Getting money means you do more things, but the things don’t always mean success.

People who have just started their businesses struggle to devote the optimum time to their start-up (typically non – paying initially) and the job that pays, and those that have received funding have a whole lot of other issues to deal with. Funded companies, in all probability, have to deal with more issues than the bootstrapped ones. These companies can be easily wooed into a false sense of security because they think they have runway.

The concept of having a runway is useful only if you know where you are headed. After all, even runways have to end somewhere. If they end in a cliff, then all the money you had at your disposal to spend really does not matter.

Having money definitely makes things move forward, and faster. When you have money, you feel an urge to move things urgently, but you might not feel focused. Having money does not magically improve your product, it just makes you spend more money. 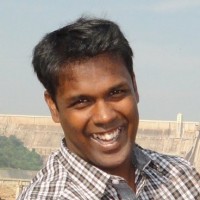 Ayyappa is a thinker, parallel entrepreneur, and an inventor. He has invented and authored 9 patents over the years. He has about 16 years of experience in different functions across various industry verticals and with core competence in incubating and growing start-ups!