Inauguration of T-Bridge, an initiative that connects India’s start-up ecosystem with world

Telangana IT Minister Sri KT Rama Rao, inaugurated T-Bridge, an initiative that connects India’s start-up ecosystem with that of the world’s, at Uber’s headquarters in San Francisco. Under the T-Bridge programme, Telangana forged partnerships with Uber, TiE Silicon Valley and California Governor’s incubator iHub. Telangana becomes the first State in India to come up with such a novel idea.

T-Bridge is a logical extension to India’s largest startup ecosystem enabler, T-Hub. T-Bridge will connect Indian startups with global market opportunities, and help bring global startups to India. T-Bridge will enable startup communities in India and around the world to cross-pollinate ideas, innovate and create channels for knowledge transfer. It will also create a network of mentors, VCs, incubators and accelerators that is advantageous to the Indian startup ecosystem. 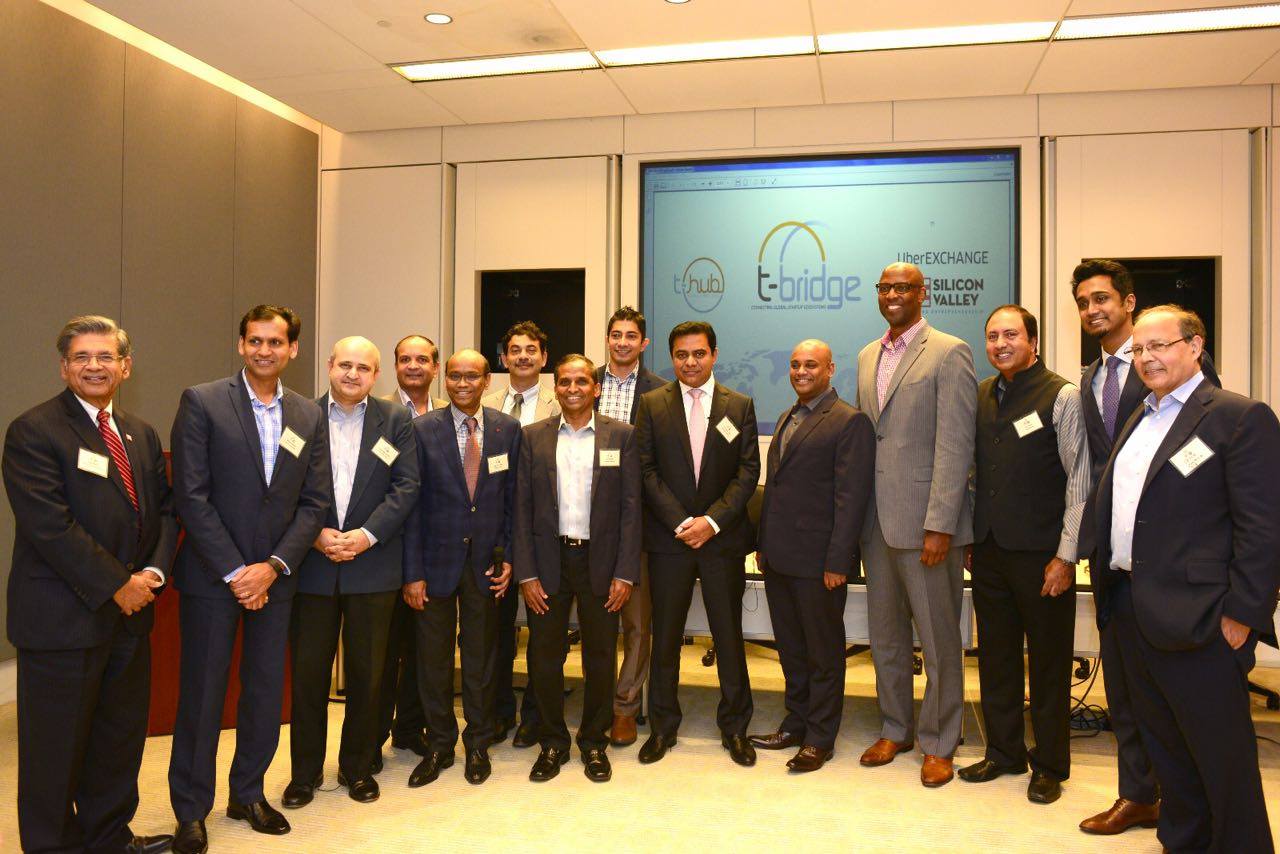 Indian startups will now have access to international investors and hence are poised to get better valuations. Moreover, Indian startups will develop products for international markets thus opening a plethora of avenues. The same holds true for the startups in other countries. They will have access to Indian market and will develop products keeping Indian needs in mind. Thus it is a win-win situation for both the sections of the global startup ecosystem. T-Bridge’s grounding will see transfer of technological and domain knowledge among the various startup ecosystems in the world.

Telangana is now recognized as one of the world’s leading destinations for startups within India. The city of Hyderabad offers some of India’s best infrastructure, a large and growing technology talent pool, and a vibrant, cosmopolitan international community. Of particular significance to innovative tech startups worldwide is Telangana’s great position as a gateway to leveraging India’s massive technology markets. Startups can hit the ground running instead of being buried in red tape. T-Bridge will provide a platform for such fast-track tech companies looking to tap into India’s huge consumer market for technology. T-Bridge will help startups access UberEXCHANGE, Uber’s flagship startup mentorship program and TiE Silicon Valley’s mentor network.

Addressing the gathering from startup ecosystem at the T-Bridge launch event, Sri KT Rama Rao stated, “We have a strong vision to make Hyderabad one of the top 10 startup cities in the world. T–Bridge is one such move towards opening a channel of investment from the world to the state of Telangana. I am proud to open our first outpost in the U.S. in association with Uber and TiE Silicon Valley and believe that this association will forge new partnerships and spur investment and innovation between the two countries”.

Sri Ram K. Reddy, incoming President of TiE Silicon Valley stated at the inauguration, “The Telangana government has been one of India’s most progressive states. The vitality and transformational mindset of its leadership gained quick acceptance within the startup world. TiE Silicon Valley is pleased to host the first T-Bridge outpost in Silicon Valley.”

Ms Rachel Whetstone, Uber’s senior vice president for policy and communications, said, “Telangana is one of the most progressive states in India; and it has set up a culture of ‘regulatory incubation’ — allowing new ideas and business models to thrive. Today more and more people around the world want to build something themselves. Through initiatives like UberEXCHANGE, our mentorship program for Indian startups, we hope to spur entrepreneurship. Creative partnerships like T-Bridge will continue to strengthen ties between India and the global startup scene.”

Sri Jay Krishnan CEO, T-Hub said, “Since the launch of T-Hub last year, we’ve witnessed a threefold increase in startup activity in Hyderabad. The city is abuzz with over 30 incubators and co-working spaces. There is something happening in every corner. We’re committed to enabling and growing this community and to helping Indian entrepreneurs access global resources. T-Bridge is one such initiative in that direction. We are proud to set up our first outpost in the heart of the startup activity – at Silicon Valley”. 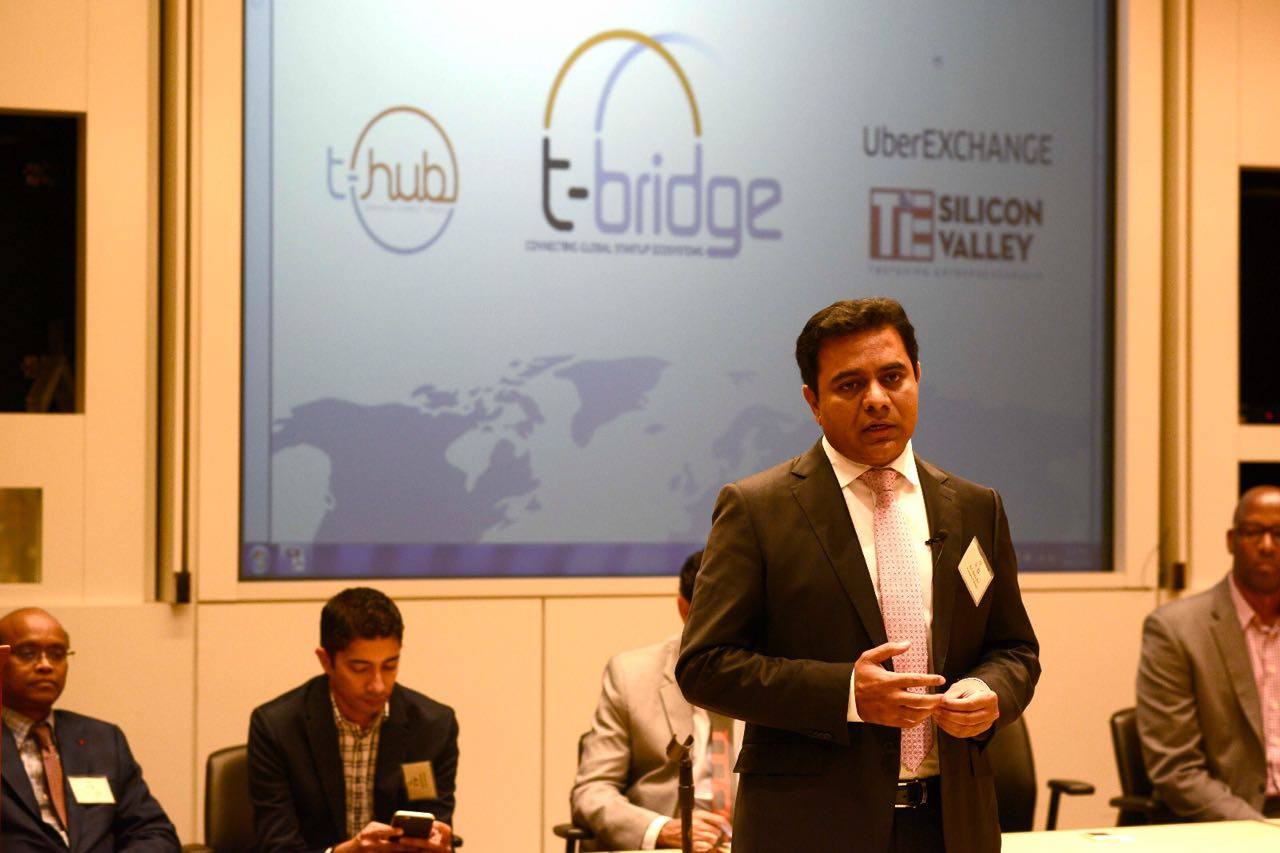