Lead Angels: An angel for startups looking for initial funding

Funding is one of the major concern for startups during the initial stages. Often while starting up, capital is limited and the promoters of the startup face lot of difficulties in finding the right seed/venture funds who would fund their business.

To provide a respite to entrepreneurs and their funding problems, Lead Angels was launched in April 2013 and has initiated their Hyderabad chapter in April 2015. Lead Angels is an alumni focused angel network started by a team of three originally from IIT Bombay. We currently have chapters in Mumbai, New Delhi, Ahmedabad and Hyderabad.

As the start-up scene in India gathers momentum with more entrepreneurs wanting to start their own businesses, angel groups are scaling up to meet the increasing demand for early stage funding, which Lead Angels identified as a major bottle neck in the initial stages of setting up a startup and that is why this firm is now gearing up to be able to identify a larger number of companies from South India. The angel network recently appointed Vinutha Rallapalli as Vice-President & Head of Operations for South India.

Vinutha is an important team member of Lead Angels with a background in angel investing and transaction advisory. A chartered accountant by profession she was earlier with Hyderabad Angels and also had stints with KPMG and Grant Thornton. Speaking on the appointment, Sushanto Mitra, Founder & CEO of Lead Angels says, “We are extremely glad to have Vinutha here with her experience of working closely with the startup ecosystem that will enable us to identify upcoming ideas from the south and also connect the ideas from rest of India to investors here.” Vinutha said “am really pleased to be working with a group focused in seed stage investing which I believe provides one of the greatest opportunities for investment in India today. Hyderabad already has a strong culture for business startups and with the entry of Lead Angels this can be further accelerated”.

The Lead Angels network has already committed to invest in six companies in the last six months and is currently evaluating over ten companies for investment. They are always on the lookout for more potential startups that are in genuine need of funding. Lead angels has their own mechanism to approve of the funding, and lot of startups are benefited because of Lead Angels.

This firm has definitely proven to be an angel for those who were looking out for seed funding, and we hope that this startup keeps growing and the firms that they fund also run successfully. 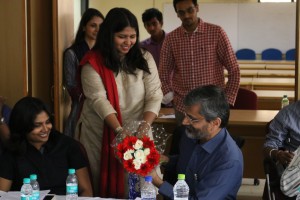