Learnings for an entrepreneur from Kohli! - Start-Up Hyderabad

Learnings for an entrepreneur from Kohli!

As Indians, we are currently drunk on the name ‘Virat Kohli’. Staying glued to our seats, when our man on strike, we always prove our loyalty towards the enthralling stroke play.

Having said that, there is a lot more than just ‘fan following’ behind this name.

Virat Kohli is a right handed Indian International cricketer and an occasional right-arm medium paced bowler. After representing Delhi at various matches, he captained India driving them to victory at the 2008 Under 19 World Cup at Malaysia. He debuted in an ODI against Sri Lanka at the age of 19 and is the recipient of many awards like the ICC ODI Player of the Year in 2012 and the BCCI’s International Cricketer Of The Year. Coming a long way, we all know the aura he possesses today added to the humongous list of die hard fans!

Keeping aside the large number of fans, the individuals who aspire to become like him, budding cricketers on his path and the increasing number of followers on social media; there is plenty to learn from the man for entrepreneurs aiming to establish startups!

The start from a quandary : The beginning of a successful story comes from a dilemma between the heart and mind. Prem Kohli, Virat’s father suffered by being bedridden for a month due to brain stroke. As fate would have liked it, he passed away in the middle of a crucial Ranji trophy tie against Karnataka. Virat scored a brave 90 despite having two minds on making his debut in the season. He ran to his father’s funeral immediately after the match and this unfortunate event was the step start to his career.

The real fight always lies in whether to step on the pitch or not. Juggling between thoughts, it is always ‘a clear head’ that gives you your answer. Be it for a cricketer or an entrepreneur, it’s the will to take the challenge within you that will give you the push and courage to capitalize on your startup idea; the voice that says it’s time to start NOW! 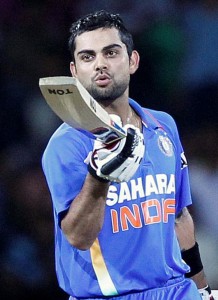 Hunger to perform : When you win the World Cup, you have to go back to training immediately – to win it again! It doesn’t matter if you win or lose, you gotta stay hungry for the process. If Kohli stops his training, he will never be able to win another match for India. For the person he is, he realizes this well. Continuing strenuous training sessions, he follows an unapologetically aggressive and athletic personality to keep himself fit, so he can mould his career the way he wants it. He lets the world know he is hungry for it.

It is very similar for the case of entrepreneurs too. Only if you think like a hungry person, you can behave like one. Taking massive actions and surpassing expectations in the journey of setting your startup is your trick to a successfully built organisation. The attitude of “they need me more than I need them” will cause a nose dip to the growth journey in your startup.

The adaptation of the pitch : In awe of Kohli’s batting against Pakistan in the World T20, Indian captain Mahendra Singh Dhoni said in praise of Virat Kohli, “He understands how he is supposed to bat in different wickets to score runs. We all know once he gets going, he always converts it into a big innings which I feel is one of the most important things for any youngster.”

An entrepreneur deals with new clients everyday, clients who might not understand what you are going to say, clients who have issues like more features or less cost, clients who may appear smart but are not. Similar to a cosmetic thing, the top surface may look good, but when you roll a wicket, underneath it is moisture. But let’s face it, you need them! Every moment of every day, act like your life depends on every transaction and ADAPT to it. If you have to tell someone that you really want his or her business, well then, you probably are doing it the wrong way!

To have an uncommon name in the common world isn’t easy. To be an entrepreneur with break-even, profits coming your way, clients turning to you, being a magnet for customers, and investing at the right place comes from intelligent minds. Have the courage to learn from people, and you are at the right way my friend.

“Whatever you want to do, do it with full passion and work really hard towards it. Don’t look anywhere else. There will be a few distractions, but if you can be true to yourself, you will be successful for sure.” – Virat Kohli, Batsman, Indian Cricket Team 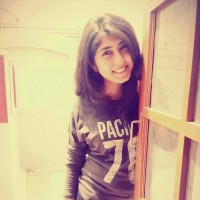 A MBA student with a commerce background, she loves to explore the world of digital marketing. She has an experience of 1 year in the marketing industry with currently being the Fund Manager of Finstreet, Vriddhi Research 5.0, the official capital markets club at her Business school. She also serves as the Content Head at the soft skills club and goes with her mantra : 'to sell a product, you must believe in it.'