Mark Zuckerberg on the hot chair at the Capitol Hill, What his testimony says!? - Start-Up Hyderabad

Mark Zuckerberg on the hot chair at the Capitol Hill, What his testimony says!?

It’s a two-day grill down for Mark Zuckerberg and a moment that remains in the history of internet and case study of data privacy and its consequences. The 33-year-old who started his company in his dorm and built it into a monopoly in a decade has finally also experienced a hot chair from a panel of committee members that are set to ask questions to Mark at Capitol Hill on data breach scandal. 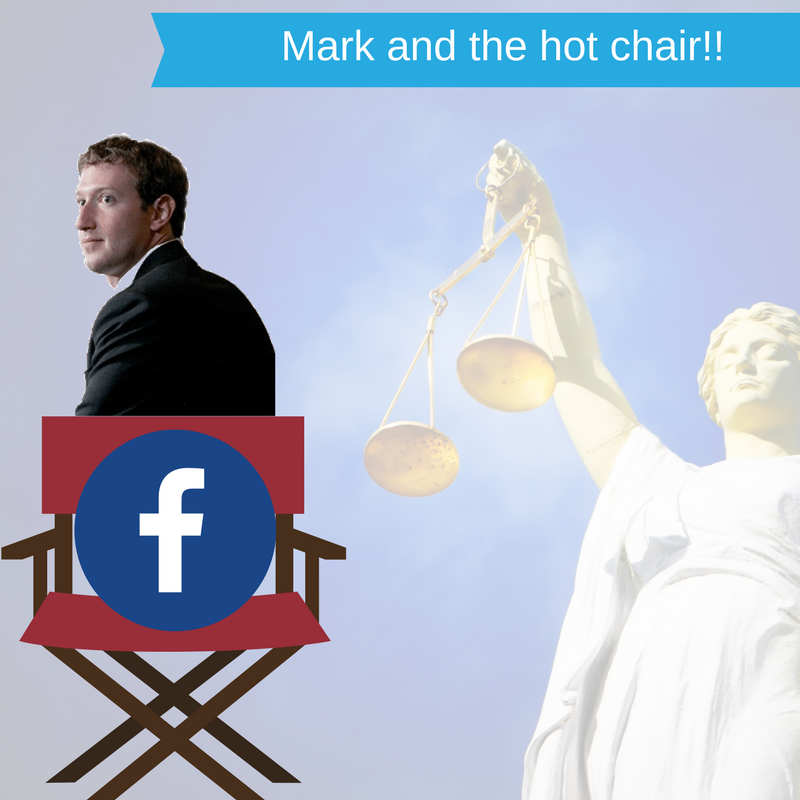 The panel included Republicans, Democrats, Senate judiciary committee members. These members posed questions from a scale of highly complicated to the less bothered ones but to their surprise, some people started to praise Mark for his ability to face such a panel, which has, in turn, made his net worth increase by 3 billion dollars during his panel facing itself.

The first day the discussion was started by Mark admitting an apology for their company’s shortcomings to handle what had happened with Cambridge Analytica and Russia’s interference in 2016 Elections. But as an expected thing, the panel seems to be not pleased to buy out his apologies saying that decades of promises breach will not be overlooked by the apology tours. Well, that’s a rough start.

Later each member of the panel took few minutes to interrogate and get responses from Mark.

Senator1: Did Kogan gave the Facebook data to other firms beyond Cambridge Analytica?

Mark: “He sold it to other firms. There was one called ‘Eunoia’ and a couple of others as well,” Zuckerberg said, promising to provide the companies names to her after the hearing.

S2:”Your user agreement sucks!!” I am going to suggest that you go home and rewrite it.And as a Facebook user do you believe that I have a complete control over my data??

M: Senator, as long as you are a facebook user, I believe you should have complete control over your data.

S3: Senator asked Mark if he was a part of the decision not to tell users their data was collected by Cambridge Analytica.

M: I don’t remember a conversation like that, but I can tell you the thought process at that time.

M: We need to have a conversation about the right regulation ( A clever way to say we are deviating!!)

S4: Regulation can cement the dominant power.One of our biggest concerns is that Facebook is becoming “so dominant that we won’t be able to have the next Facebook.”

S5: Does Facebook listen to users and record their calls?

M: Senator, No! That was a conspiracy theory.

S6: Have you drawn a line on what part of data to sell to the advertisers?

S7: If you were asked to cooperate with ICE so that they could determine if somebody is going to commit a crime, for example, or become fruitful members of our society would you cooperate??

M: We would not proactively do that.We cooperate with law enforcement in two cases: if we become aware of an imminent threat of harm, then we will proactively reach out to law enforcement, as we believe is our responsibility to do.

S8: Do you hire consultants to tell you how to tap into dopamine feedback loops to keep people addicted?

M: No, senator. That’s not how we talk about this or set up our product teams

S8: Are you aware of social media companies hiring such consultants.

M: Yes, I do senator

S9: Do you know it is also referred as “Standford Analytica?”

M: I am not aware of that senator.

(Palantir is a Data Analytics company, co-founded by Peter Theil and is facing a claim of workforce sharing that helped Cambridge Analytica to build psychological profiles)

S10: Does Facebook consider itself to be a neutral public forum?

M: We consider ourselves to be a platform for all ideas

S11: Would you be comfortable sharing with us the name of the hotel you stayed in last night?

S11: Would you share the names of everyone Zuckerberg messaged this week??

M: Senator, no, I would not choose to do that publicly here?

M: I think if it’s the right regulation, then yes!!

s13: Did Facebook employees were involved with Cambridge Analytica’s work with the Trump campaign ahead of the 2016 election.

M: Senator, I can certainly have my team get back to you on any specifics I don’t know sitting here today.

S14: Are European privacy regulations should be applied in the U.S?

M: Senator, I think everyone in the world deserves good privacy protection.

S15: If [a version of Facebook will always be free], how do you sustain a business model in which users don’t pay for your service?

There are a lot of questions apart from these which kept Mark on the real verge of the grill. Analysis of this particular testimony by famous media houses in the US confirmed that this testimony is scripted and his body language states he is reading what he has already had in his mind. But against the bias, a lot of people admire his presence and the way he handled the panel – the captain cool way. There were moments where he was completely mocked down but each of us here on the corner of the judgment has to agree that Mark really handled it well whether it’s scripted or meant to defend his own company.

Well done Mark, but it seems that the game is not over yet. Sources say its just the beginning.

We also assume that this is high time, where all social networks have to rephrase their user policies and should take control over their platform before something like this happen that might invite more hot chairs to the hall.