Nothing can stop an Idea whose time has come! - Start-Up Hyderabad

Nothing can stop an Idea whose time has come!

Every time a new technology emerges into the market, it creates an ocean of opportunities for youngsters. A few years ago, we witnessed the dawn of revolutionary technologies such as Cloud and the Internet of Things. And today, Blockchain rises as one such disruptive technology and is believed to be bigger than the Internet itself.

The real potential of Blockchain is unlocked only when young minds are molded into skilled professionals that can bring innovative ideas into reality. With more than 1.5 million engineering graduates passing out each year, India has a chance to be the superpower in the realm of Blockchain technology.

That said, a robust platform to bridge the gap between educational institutions and the industry is prerequisite. IBC laid a foundation for it with the RoadToIBC- Bootcamp & Hackathon series, with Idealabs and Block91 as Academic Partners, in some of the top-notch engineering colleges in the country.

We are receiving an overwhelming response from colleges across India and students and faculty are brimming with excitement and confidence to building Blockchain solutions such as smart contracts across a range of domains from healthcare to real estate to government services. Speaking on occasion, Mr. Jayanth Kulkarni, Vice Principal of Vignana Bharathi Institute of Technology, Hyderabad, said: “Thanks to the IBC Hackathon series for bridging the gap between Institute and Industry. It is helping students to look beyond the ‘placements’!!”

And here, you can see a few pics of our future innovators and entrepreneurs brainstorming in the RoadToIBC-Bootcamp & Hackathon series: 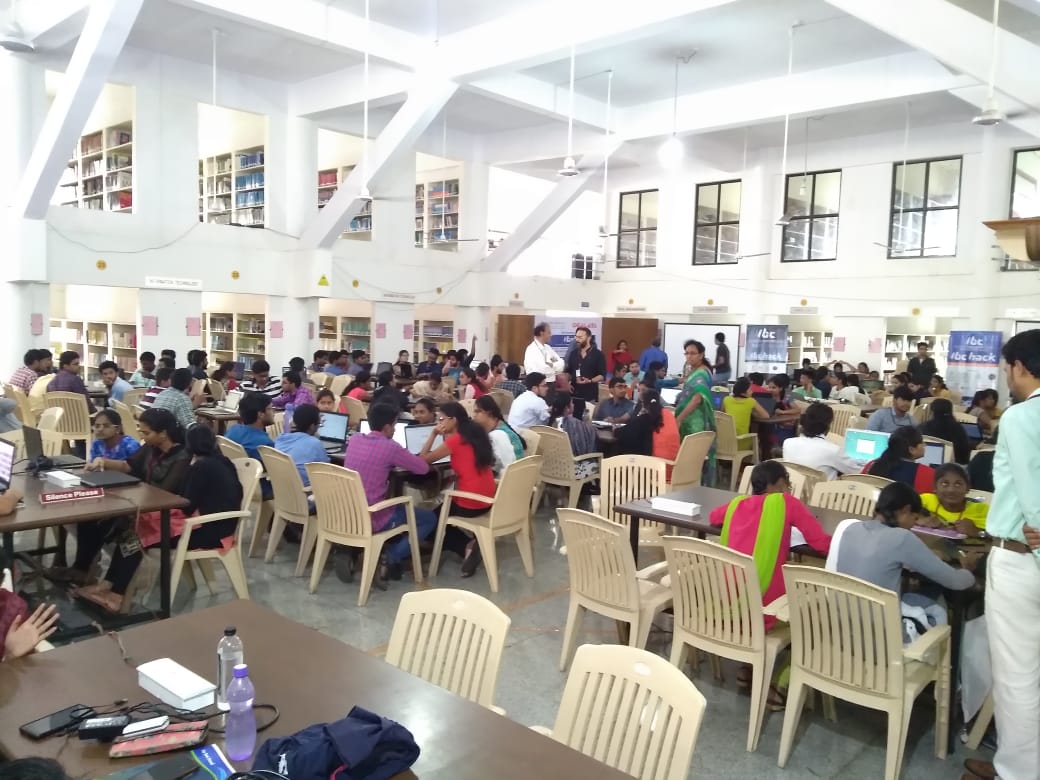 Blockchain has come to stay forever in each industry it touches. According to some Industry experts, Blockchain to the current industry is the same as the steam engine was for the industrial revolution. This is the driving force which is going to change the world for the better.

“We need smart and skilled drivers of a distributed world we are going to have in the near future. And we are striving to turn college labs and libraries into Makerspaces and budding engineering graduates into Innovators and Entrepreneurs in Blockchain through RoadToIBC – Bootcamp & Hackathon series” – quipped Pankaj Diwan, Founder of Idealabs.

The International Blockchain Congress will be the largest gathering of innovators, businesses, technologists, regulators, startups, and enthusiasts in India to-date. The goal of IBC is to pave the way for an open and transparent blockchain powered world. The conference is being co-hosted by NITI Aayog, Government of Telangana, Government of Goa and Nucleus Vision.
On the sidelines of the International Blockchain Congress, a 36 hour Hackathon- IBC Hack is also being organized with startups, professionals and students as participants – to uncover and showcase India’s innovative blockchain talent. You can register your ideas now and participate in this hackathon at www.ibchack.com