This is just one of the many amazing lines from Rudyard Kipling’s ‘The Jungle Book.’ Although the pack we are going to meet here is of Humans and Canines and not wolves. But the line was fitting. The pack, I was told is led by the Alpha Male, Rex, the four legged canine delight. He is accompanied by the adorable man-cub sidekick, 4-year old, Karma. These two, are cared for by adult humans, Devyani Jhadav and Neeraj Bhagel. And together, they form the pack that own and runs “Pawsome Hotels & Travels.” 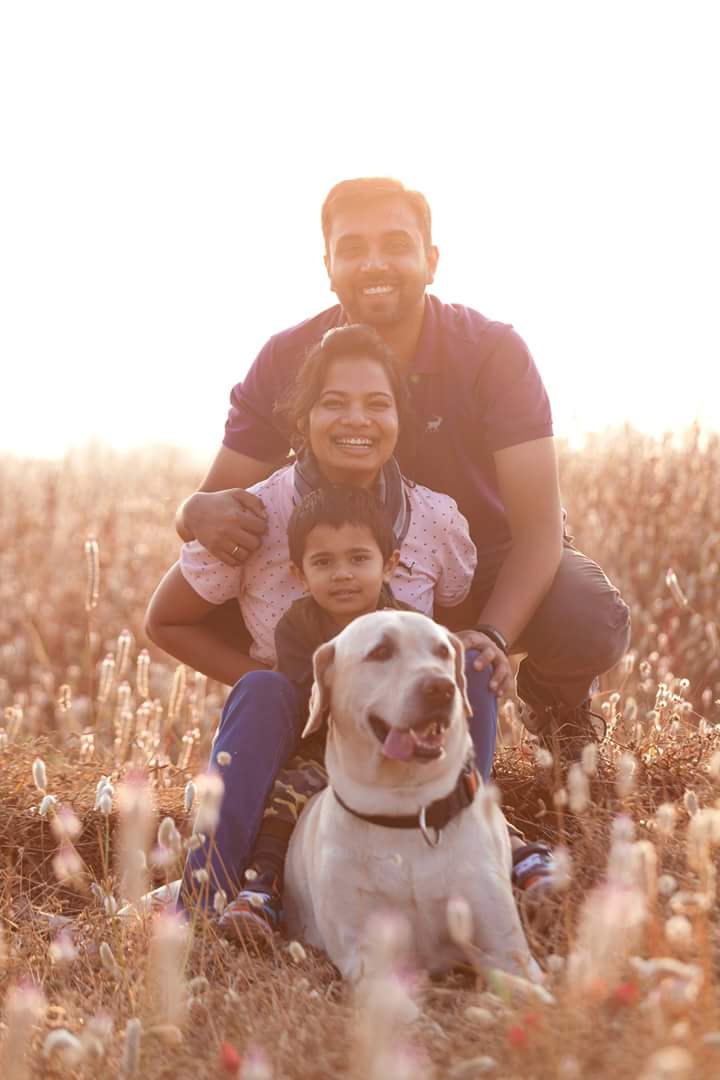 Their Startup ‘Pawsome Hotels & Travels’ formed as a solution to problems they faced in traveling with Rex. And they travel a lot. Each time, it would be a challenge in finding places to stay that would welcome Rex. Not to forget, having canine friendly food for Rex. Devyani is an animal lover for as long as she remembers. Perhaps growing up playing with cows, horses and the likes had something to do with it. Devyani set out on a mission to make sure traveling and vacationing with your pets is easy enough for you to not want to leave them home when you do! Her approach was simple. Increase awareness. Get as much information out in the open as possible so people realise they have options. When Pawsome started, they provided end to end solutions for your vacation. Their tag line reads ‘Human Friendly Pet Stays.’ Within your budget, Pawsome would identify hotels, transport and activities that would include your entire family. The would also make all the required bookings for you if you needed them to.

With time, their focus shifted to transport. “There is a gap in the information available when it comes to transporting your pets from one city to another. Many times, the process can be falsely overwhelming that humans tend to give their pet up for adoption before relocating” says Devyani. Today, Pawsome has an extensive network in all major cities and provide services to make sure your pet gets transported without hiccups. From identifying the best flight, to providing the crate for rent, to even accompanying the pet in a few cases are  some of the services they offer. “When we started, I wanted to make good money, get recognised – the works. But along the way the realisation that honest work speaks for itself, hit me, and it hit me hard’ says Devyani of the journey so far. Pawsome’s first  and top most priority is that they want their customers, both two-legged and four-legged to be happy and satisfied. This approach has paid off really well. “We started only this February, and already we have a decent customer base – most of which comes from referrals. Infact, a lot of our customers want to partner with us in anyway, to help fellow pet families in their cities” says Devyani when I asked her how they operate their network with just the two of them incharge. Pawsome also works with many Rescuers across the country in facilitating easy transport of rescued dogs. An approach that made them popular. Pawsome is not limited to domestic relocation, but also international transport for pets.

Currently Pawsome hotels, is in talks with Angel Investors and will be closing a round in the next couple of months. Devyani and Neeraj are clear that at the moment they want an Angel Investor who brings  more than just money to the table – perhaps some expertise or a network to help Pawsome grow.

If you meet Devyani, make sure you also get to talk to Karma, the real boss and a canine chef in the making.