IT Minister KTR’s trip to the US has been ringing in good news for brand Hyderabad. His 15 day visit includes several meet ups and networking sessions with NRIs in Dallas , SFO & New Jersey , investors in New York and luncheons with Indian diplomats in Washington DC , and meetings with CXOs of global giants like Google, Mastercard, Boeing, Adobe, KPMG and more!

IT giant Google will invest Rs.1000 crore in Hyderabad to build its first campus outside of Bay Area. The Telangana Government has allocated 7.2 acres to Google at Gachibowli for this campus which is expected to start by the Summer of 2019. The Campus will have  an estimated 2 million square feet of built-up space and will add over 6500 jobs.  Also, Hyderabad will be the first city in Inida to get Google Street View. The minister tweeted that the IT Secretary Jayesh Ranjan signed an MOU with David Radcliffe, Sr. VP at Google.

During his visit, DE Shaw’s managing director Eric Wepsic announced of the company’s decision to invest $200 million in Hyderabad to set up a new subsidiary called Arcesium in partnership with Blackstone, a global asset management company (AMC). The new subsidiary is expected to have over 400 employees by the end of this year and to double the number over the next three years.

He spoke about introducing a unique self-certification process to facilitate investors and the T Hub incubator allows NRIs to directly invest in startup companies.

The  “Vibrant Hyderabad CEO Connect” was attended by senior executives of  MNCs like  CocaCola, Perot Systems, Verizon, KFS Logistics, Jindok, Motivity Labs, Naya Ventures, American Spine and Pain Centres, Techstar, Cigniti, Nikola Systems and others. KTR explained the new policies of the state and emphasised on single window clearance process. It is expected that a mammoth amount worth over $225 million will be invested over the next 2 years. 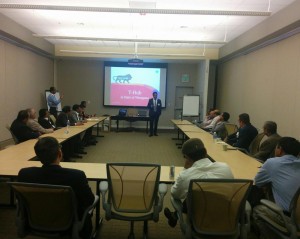 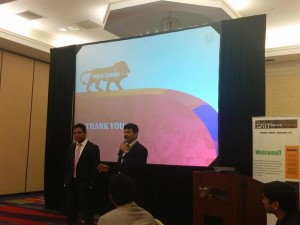