Hijli to Hyderabad: An August Weekend

Armed with minimal stationary, stacks of business cards and an idea, Keerthana and I, women entrepreneurs and 4th year undergrads from IIT Kharagpur touched down at Hyderabad for a chilled weekend with lemonades, toffees and mints. Among the winnings at Startup Weekend, Kolkata powered by Google, was a demopod in The August Fest worth Rs 10000.

Day 1 at August Fest 2015:
We arrived at JRC Convention Centre which was decked up for the Fest with every bit of paraphernalia. With the August Fest bands on, we set up stall with a lemonade counter, a crowd puller theatrics that explained our pricing in a simplified manner and minted money at the same time. All set.
Our algorithm: Smile. Pitch. Refine. Repeat.
The overwhelming turnout at August Fest was such that our 200 visiting cards were spent by the first two hours.

Day 2
Nil on food, high on lemonades and toffees, we pitched on, this time penetrating lecture groups and stalls armed with lemonade. At one juncture, a mob of people surprised us at the stall curious about our business. That was when we learnt that Rahul Narverkar, founder of Indian Roots, tweeted about us and referred to us in his speech as “the creative young women from IIT Kharagpur I’d wanna invest in”. Not only did our sales increase, our idea was now popular in the audience. Another enthusiastic supporter of our idea was Ravi Mantha, MD and CEO of SV Lead and Strategy.
The interaction with the investors, CEOs, bubbling dreamers, fellow IIT community and the curious helped us refine our idea further.
After the brilliant networking, on 30th night: with tired and content eyes, we crashed on beds back in our hostel.

CommBuyn is an e-commerce venture, aiming to create loyal local communities by aggregating demand and empower them to access low rates on products offered by the source. We achieve this by bulk buying, supply chain optimisation and smart-shopping options, transferring all savings on a product to the consumer. Commbuyn doesn’t take a cut on the products sold; thus gets you the best price possible, only charging a minimal subscription fee. The lemonade saga explained our dynamic pricing model: bulk order leads to reduced prices.

Commbuyn, now a team of 8 comprised of IIT Kharagpur students has won incubation at IIM Calcutta. We will enter the Kharagpur and Kolkata markets in October 2015.

So this young girl approaches me to sell lemonade on a thali. Turns out to be a engineering student from IIT kharagpur pitching her startup , Rahul Narvekar Founder & CEO NDTV Ethnic Retail,  indiaroots.com 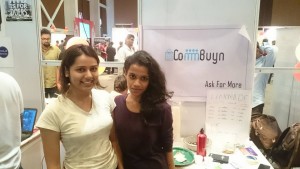 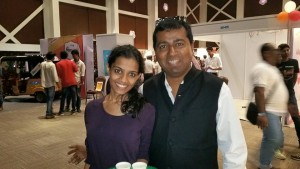 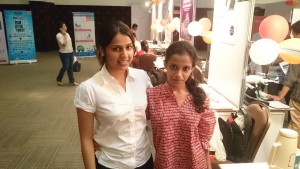 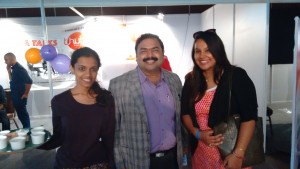