The Telangana State IT Department has just released its IT policy for 2016. The packed event at HICC was witness to a lot of excitement and anticipation as the young state sought to put its IT plans into overdrive. The who’s who of the bureaucracy associated with the IT department were in attendance as was the fraternity of entrepreneurs, industry leaders and technology enthusiasts. 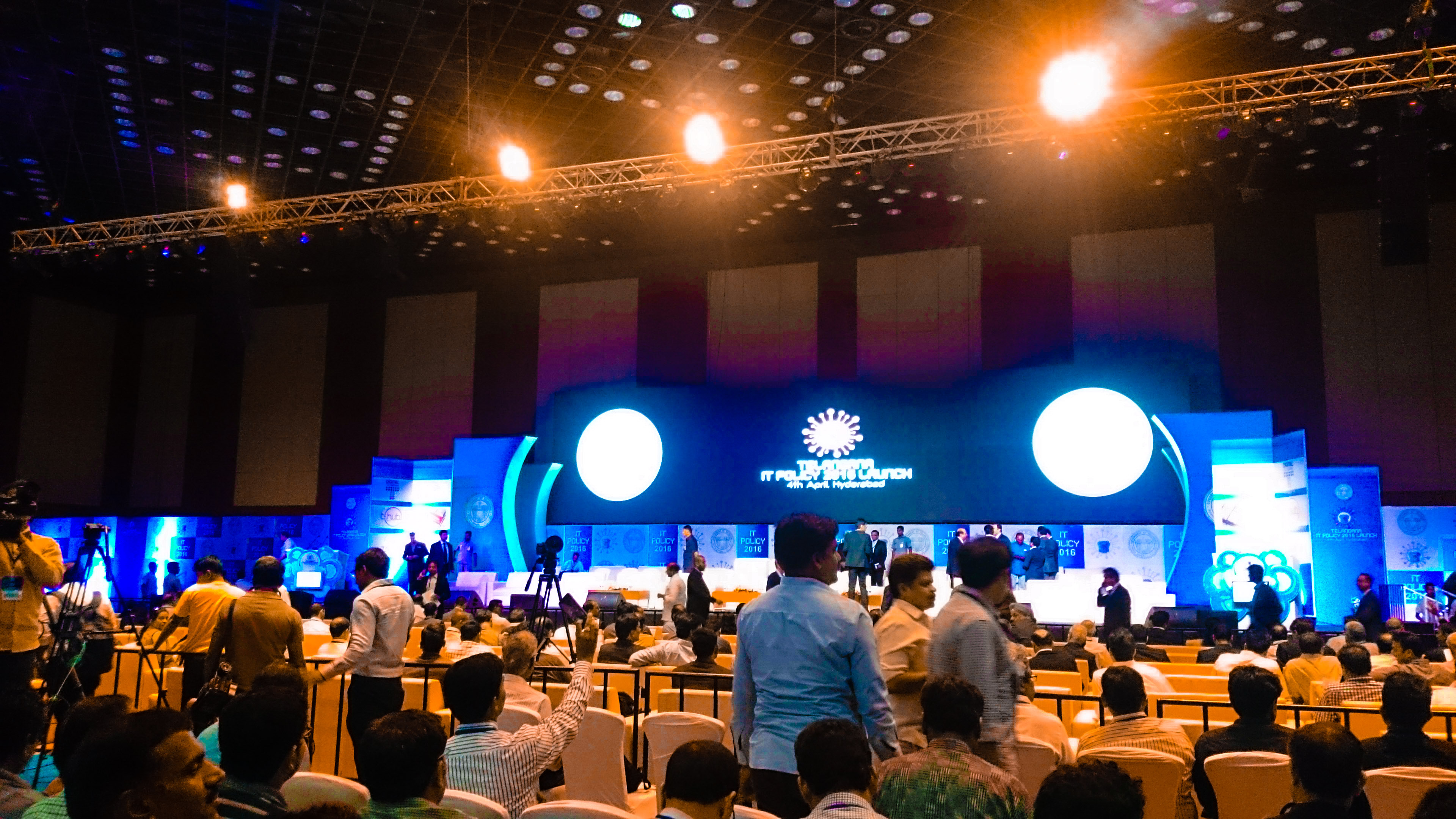 As many as five policies related to Information Technology was unveiled today. Starting with the Innovation Policy which lays the foundation to Hyderabad becoming the very best destination for global giants and startups alike. It pledges to develop 1 million sq. ft. of work space for startups over the next 5 years, expand the existing T-Hub to 300,000 sq. ft. making it capable of housing 900 startups, build similar incubation centers in Tier-II cities and mobilize INR 2000 crores to enable the industry grow. It puts forward plans to improve infrastructure to propel Hyderabad to the level of top IT hubs the world over.

The Rural Development Policy put the focus firmly on it being “rural”. The IT industry is generally perceived an elitist one owing to its presence only in Metro cities. There’s a large talent pool in rural areas which, if trained, can be valuable contributors. Keeping this vision as its motto, the policy clarifies that “rural” shouldn’t just be Tier-II cities. IT should percolate to villages, mandal headquarters and such locations where it’s currently unheard of. 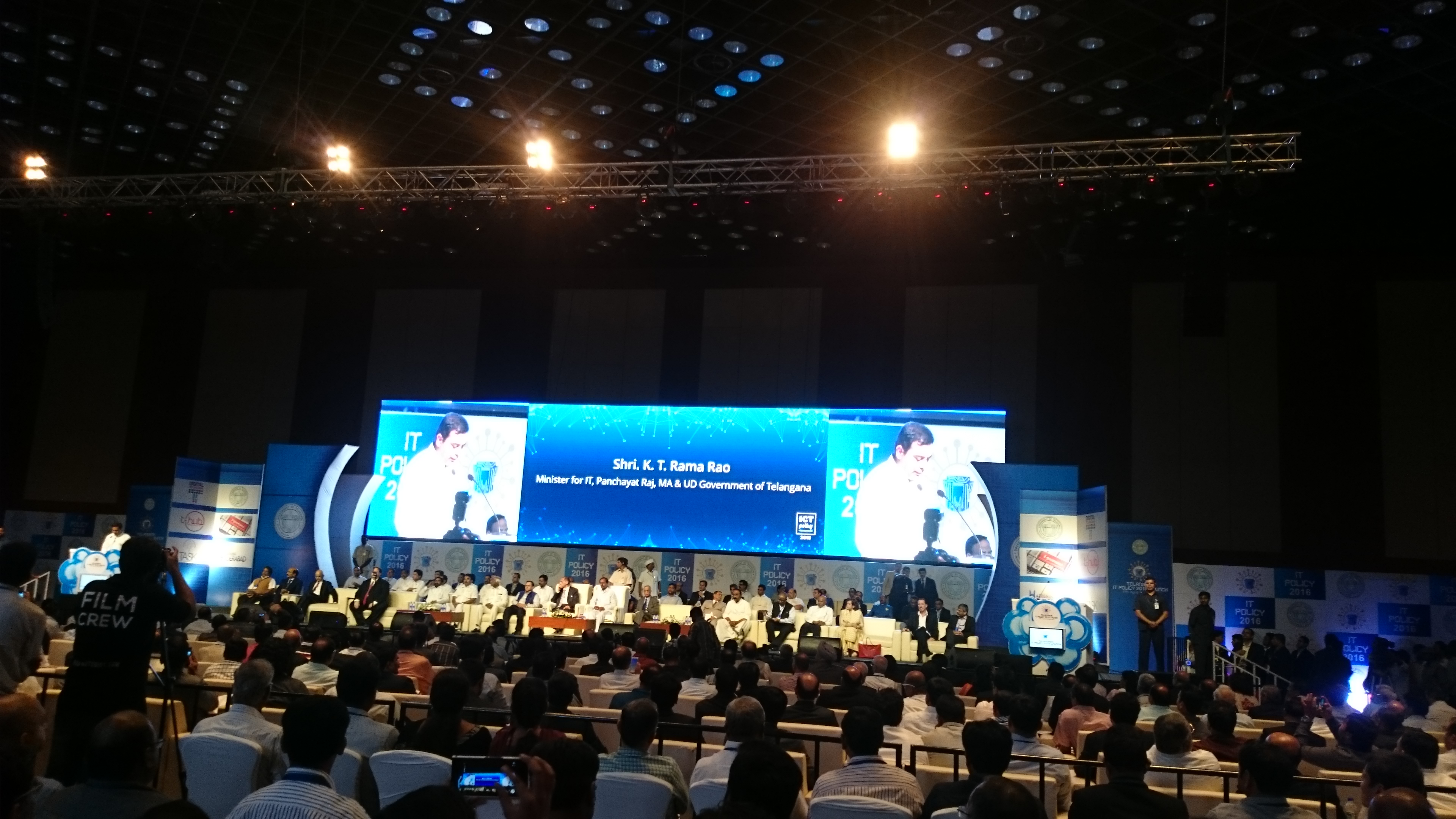 The Electronics Policy aims at making Hyderabad and Telangana major manufacturing hubs for Electronic products. By providing subsidized power, assistance in filing patents, subsidized transport, cheaper land, a 200 sq. km. mega electronics hub, the Government desires to attract manufacturers to set up plants and take advantage of the many, industry-friendly clauses of the policy. Already, cellphone manufacturers such as Micromax and Celkon have set up their facilities here with MoUs ready to bring in more.

The ICT Policy will direct its attention on expending the existing IT and ITES units. It will encourage entrepreneurship by imparting skills training, procurement of IT products, actively market the state as the place to be and strive tirelessly to achieve a digital Telangana.

Finally, the IMAGE policy, which will deal with the Animation, Visual Effects, Comics and Gaming Industry (AVCGI), displays the Government’s keen attention on promoting entertainment, creativity, art and culture. As with IT/ITES, skills training in AVCGI will be ramped up, regular events, conferences and exhibitions will increase visibility and state-of-the-art facilities will help companies take their products to the next level. An all new IMAGE city will be set up the demonstrate the state’s commitment and achievements in this arena and local content will be highly promoted to ensure the industry’s work is duly appreciated.

From the lighting of state-manufactured LEDs illuminating a map of Telangana to introduction of the Electronics policy by a pair of robots which, again, were manufactured in the state, the event had all the touches of “cutting edge”. As copies of the policies were handed out, MoUs were signed and dignitaries praised the efforts of the Government, hope brightened every face. Telangana has just made a major promise to excel and exceed all expectations. It’s now time to see the promise take shape.