Declares winners of #mytinyrecipes cookbook contest. The 3 kids who beat 100 other entries won a place in the cookbook to share their recipe with 10 top chefs in the city. 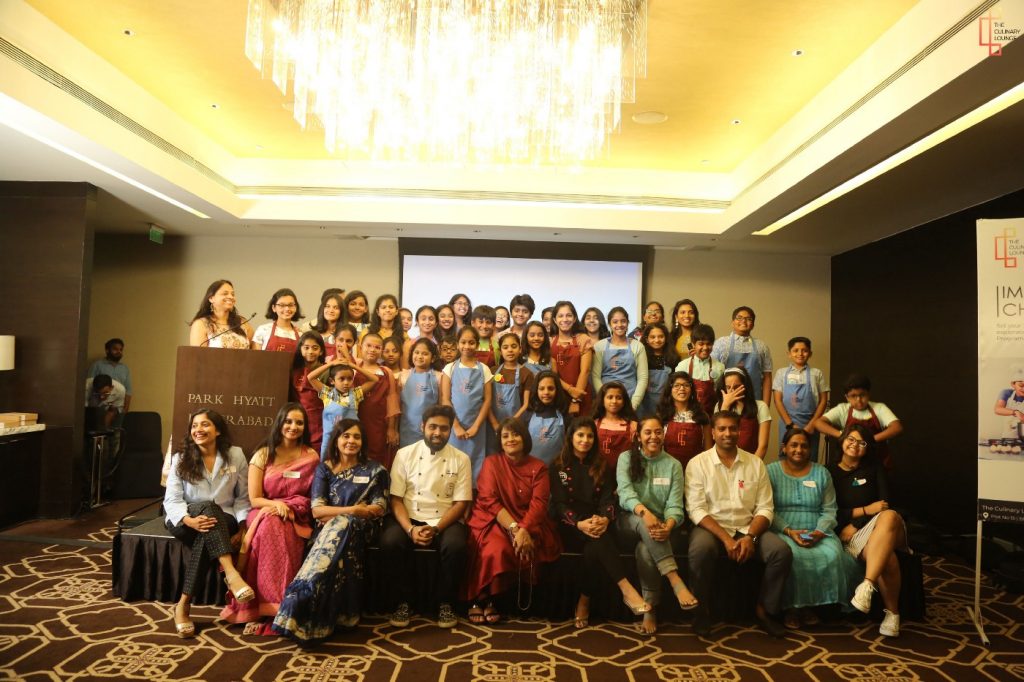 Out of 100 entries, 3 children were declared winners for their inventive recipe that delighted the taste buds of the jury. While young Tejasvi won award for her Chocolate Fudge, Arjun took the glory for his Flaming Chicken with soothing potato, watermelon feta cheese salad by Rithika found Jury voting for her for the top 3 awards.

When asked what they learned to be an Impossible Chef, the children shared in one voice–everything from slicing, chopping, baking to finishing, and the idea of being a successful chef. The winners of the tiny recipe book contest said; being part of #mytinyrecipes alongside best chefs in the city is pure joy for us, as it will resonate with food lovers across age groups and our own pathway!

Expressing delight after the graduation show, the ideators of ImpossibleChef, Gopi Krishna Founder of The Culinary Lounge, and his Partner, Sushma Thota, said, “We are proud to state, The Season-2 of Impossible Chef for Kids with Culinary Ambitions, rolled out on April 15, 2019, and became bigger than season 1, surpassing our own expectations.”

The 6 weeks long Culinary Workshop, were bundled with a large helping of fun, a dash of a gourmet, cook and bake adventure, coupled with the pride of learning and making delicious treats. “The Culinary Lounge ‘ImpossibleChefs’ camp for kids was to designed as a perfect recipe for a summer vacation to be well spent; we are glad the children thoroughly enjoyed the journey.” Gopi Krishna added.

Sushma Thota, Partner, The Culinary Lounge said, “We are truly thrilled with the outcome; the purpose of ImpossibleChef Season 2 in many ways enriched problem-solving skills, art, and craft with divergent thinking sessions exposing kids to a realistic and holistic approach to the culinary world.”

Arjun, a 10-year-old ImpossibleChef winner said “The ImpossibleChefs program helped me understand different cuisines, I had the most amount of fun during this course. I have always been interested in cooking and want to start my own food truck soon, I am now doing survey to see what most of the people want me to put on the menu.”

Mrs. Keerthi, mother of Rithika, an 11-year-old Impossible Chef said “this has been the best and different culinary learning experience of all that she had enrolled before. She enjoyed and learned significantly. Rithika, is more aware now about food and nutrition, it is so refreshing to see her discuss around cuisines, recipes, plus nutrition. I am truly satisfied what she has achieved over the last few weeks at The Culinary Lounge”.

This summer, kids were also invited to a challenging contest and to provide a chance for the children to introduce, and get their culinary invention featured in #mytinyrecipes, the first culinary book of its kind which includes a repertoire of some 75 fuss-free recipes, methods and goodness about them by city’s top 10 chefs. The contest received an overwhelming 100 entries. The book cover of #mytinyrecipes was launched during the ImpossibleChefs Season-2 Valediction.