Udaan: The fastest unicorn that got wings! - Start-Up Hyderabad

Udaan: The fastest unicorn that got wings!

Corporate dropouts from Flipkart always made fortunes and Udaan is exceptional in gaining the unique reward as the fastest-ever Indian startup to join the Unicorn club.

Sujeet Kumar, Amod Malviya, and Vaibhav Gupta did quit Flipkart in 2016 and started Udaan, a B2B market space. Since then they were always keen on moving at a Faster Pace. With a series A, of about $10 million from the Lightspeed in Late 2016 and a $50 million this year.  Recently the trio has announced their series C of $225 million co-led by DST Global and Lightspeed Venture Partners. This investment has set Udaan to reach a billion dollar valuation. 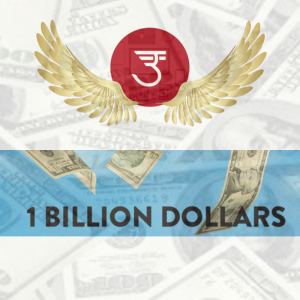 With 150,000 traders and wholesale retailers of India listed in the Udaan app, medium and small-sized businesses are directly transacting with the manufacturers.  For now, consumer goods and electronics are significant on the app, and the plans include adding industrial goods and groceries to the list.

These metrics are a ray of hope for many budding startups gearing to be a unicorn in the next few months but not years, which is the case for many startups that took years to join the unicorn’s club.

The change didn’t happen accidentally. With billion and a few million dollar acquisitions, the Indian startup ecosystem is quite healthy at this point and it’s making a headline every single day, that many startups were funded. Let’s wish for more Udaans to catch up huge wings and fly higher to meet their billion dollar dreams