In honour of their much loved, only child, Vedant Kidambi (special MS by Research student, 2008-2010), Girija and Uday Kumar (Kidambi) have created an endowment fund supported by a generous donation of 20 lakhs towards research in the field of Cognitive Science.

Vedant Kartik Kidambi was an exceptional MS by Research student in IIIT-H when his promising life was prematurely snuffed out by a recklessly driven van in 2010. Recounting Vedant’s serendipitous entry and acceptance into IIIT-H, his mother, Girija Uday Kumar describes him as a free spirit. One who did not take kindly to mediocrity and regimentation in education as currently witnessed by the frenzied preparation for a life in engineering through entrance exams and coaching classes. Despite admission into a prestigious engineering college, he dropped out after 2 years, unhappy and disillusioned. During this period, however he conducted several “thought experiments”, the results of which were meticulously documented. Upon parental persuasion, Vedant completed a BSc degree at a local college.

He was fascinated by and drawn towards the field of Cognitive Science, Artificial Intelligence, and Robotics. As an independent researcher, Vedant worked on a project titled: “An algorithm for the evolution of an Artificial Intelligence”. To get this work validated, they approached Dr. Bipin Indurkhya, former faculty of IIIT-H, who commended it as “thesis level work”. “…recognizing his talent, potential and motivation, we admitted Vedant as a special student in our MS by research program. This is our premium research-track master’s program, and we only admit students who show research potential. Vedant’s case was also unusual because we admitted him post-BSc: normally we take post-BE or post-BTech students”, said Prof. Indurkhya in a 2012 testimonial. The professor also wrote, “He was enthusiastic, full of confidence, but also humble and fully aware that there was a lot he needed to learn. It is very difficult to find these two qualities in people at the same time: they are either confident and arrogant, or humble and timid.” Likening Vedant to a dry sponge that quickly absorbs everything, Prof. Indurkhya said Vedant supplemented his regular course work with papers and other books to increase his background knowledge. “His research area was to design and implement artificial intelligence systems based on the architecture of the brain. This is a contemporary research area that is going to have a significant impact on many aspects of our society in the near and far future”, predicted Dr. Indurkhya.

along the lines of the cerebellum”, affirms Girija. For someone who struggled continually to fit into the rigid, conventional educational system, Girija says that Vedant found IIIT-H to be very different. “He loved and enjoyed working at IIIT-H, and as his parents, we would like to thank the people and faculty for giving our son an unfettered atmosphere to blossom and passionately pursue his goals. And this is our way of saying ‘Thank you’. We would not like to impose conditions and would like the faculty to utilize the endowment amount for research purposes preferably in the field of Cognitive Science – Vedant’s field, in his name, as we know of the paucity of funds traditionally available for research. This resonates with the thoughts that Vedant had penned in his journal, saying, ‘Research is my life’”. 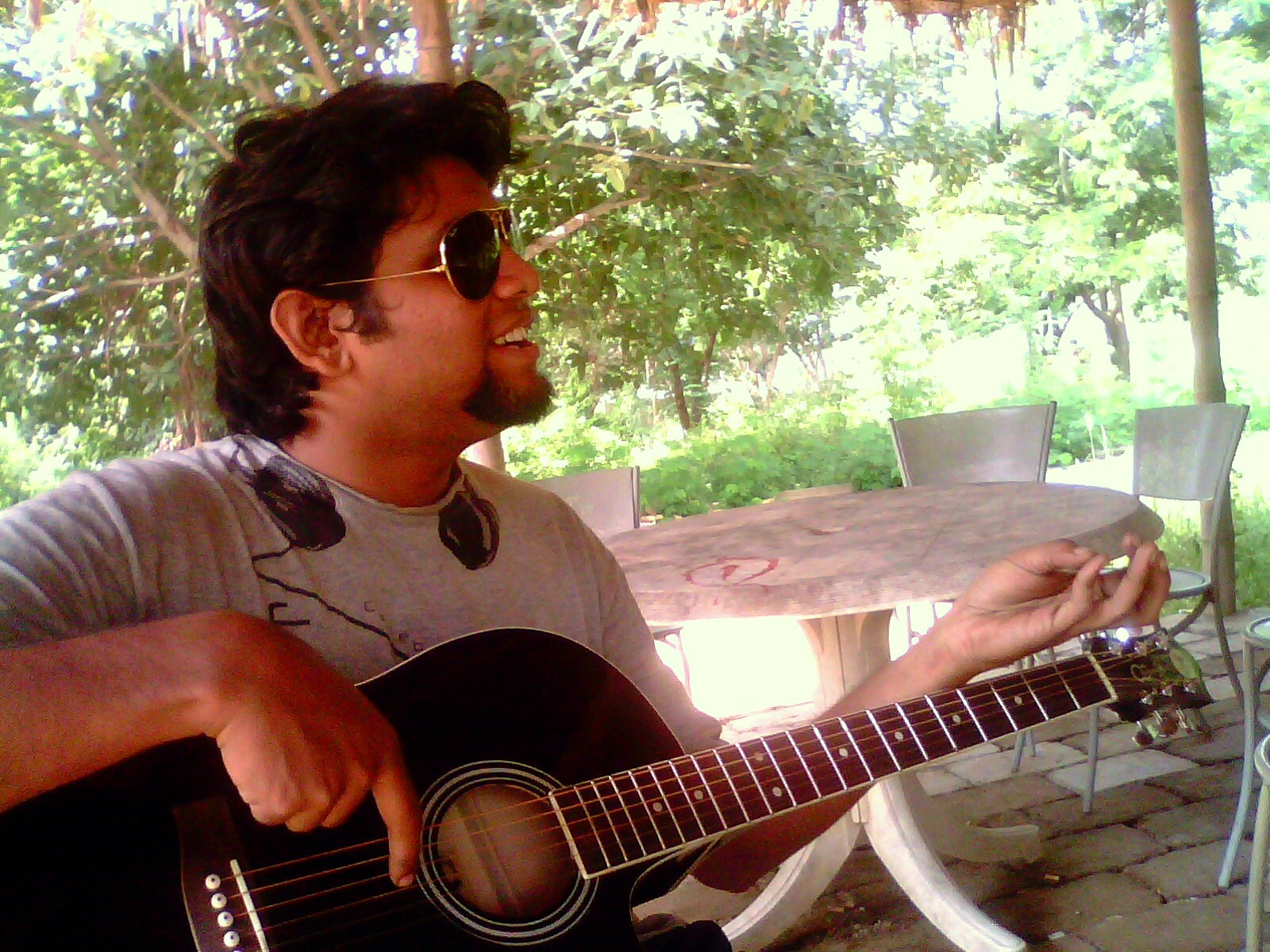 Calling Vedant a “left-handed and precocious child”, Girija tells us of how at the tender age of nine, he took to writing science fiction stories and poems inspired by the works of Arthur C. Clarke, etc., and his own keen interest in the ‘Star Trek’ television series. She says, “As an eleven-year-old, he had written in his diary in May 1996, ‘Are there other beings in the universe?’ and had answered it himself – ‘We still do not know. They may be using a different frequency of waves or communicate rite (written as he spelt it then) through their own brains which I call Brainwaves in my stories.’ It is little wonder then that he began writing a novel at the age of 17, titled “Different Epochs”. It was published by his parents in 2014. According to a review of the book by Dr. Bhaskara Rao, a cosmic-ray physicist, “(The) book is a masterpiece of science fiction, second to none in the same category. It deals with an epic intergalactic war for the possession of planet Earth. The battle is between the Human Empire and the Ghaik Federation, spanning several galaxies of the universe.” Paying tribute to Vedant’s vivid imagination and also deep knowledge of many subjects like Mathematics, Physics, Astronomy, Biology, Philosophy, Psychology, Political Systems, etc, Dr. Rao said that it is not difficult to write about something which really happens. “(But) It is very great to imagine something and write convincingly. Mr. Vedant had an excellent imagination”.

From the description of the ‘author’ in his book, we can glean that he had eclectic interests, excelling in whatever he pursued. He not only composed music and poetry, but also played the guitar, enjoying western as well as Indian classical and other genres of music. In fact, he said he could read music ‘like a book’. Philosophy was one of the subjects he had made a rather deep study of. This included western philosophy from pre-Socratic times to the present day, as well as Indian philosophy. He was an active member of the ‘Society to Save Rocks’ and even more passionate about riding his Royal Enfield bike, whom he affectionately referred to as ‘Thumpy’.

For Vedant, his days at IIIT-H were truly his best, stimulating his intellect like never before. He has documented his philosophical and thought-provoking discussions with faculty such as the then Head of Centre of Exact Humanities, the late Dr. Navjyoti Singh, former Director Prof. Rajeev Sangal and his guide Prof. Bipin Indurkhya. “An evening spent in the company of wise learned men, in conversation about the matters affecting today’s society and life in general…We were talking about robots and computers, programs and circuits, but the real issue on the table was whether it is possible to understand what it means to be human,” wrote Vedant on his blog. He continued with, “The conversation on sociology, and the philosophical debate earlier that day and the visit to the temple at the start of the day, all three of those events are sure to leave lasting impressions on my mind. Each of these events enabled me to understand each other event in a way I have never seen them before. All in all, that day, the 28th of October, 2009, yesterday, was the best day of my life so far”.

Girija mentions that Vedant was highly respectful and very fond of his teachers, especially his mentor and guide Prof. Bipin Indurkhya. He also held in high esteem other faculty members such as Prof. Robbie Sethi (who then conducted classes in Creative Writing), Dr. Deb (who conducted a course for him in Neurophilosophy) and many others. Girija adds, “He also mentioned Dr. Jayanthi, Dr. Kavita, and several others with affection as they made up this nurturing environment pervading IIIT-H.” Girija recollects Vedant speaking fondly of his senior, Dr. Amitash Ojha who often guided him and gave him much support and encouragement.

Explaining the thought behind the donation, Vedant’s mother, Girija says, “We, as his parents would like the young students of IIIT-H to know that Vedant was also a student there. We would like them to be inspired by Vedant, who thrived at IIIT-H despite suffering from bouts of depression. We would also want them to know that he was a free-spirited person and knew no boundaries where subjects were concerned or between people and thought nothing of sitting down on a culvert to explain his project to a constable who flagged him down to inspect his license!”. The endowment is an honour to the credo that Vedant lived by: “I learn from anything and everything”. To know more of the personality that Vedant Kidambi embodied, check his blog: vedantkidambi.blogspot.in

Vedant’s father N. Uday Kumar is a practicing architect and was a Committee member and office bearer (Secretary) of the Indian Institute of Architecture – A.P. chapter for eight years. His mother Girija, a former school teacher, later worked as an educator designing and planning for improvement of learning levels of children in Government Primary schools in Mathematics, Telugu, also worked in Science Education, Research and Training and as curriculum developer for developing English speaking skills in underprivileged children via games on digital devices. They both currently lead semi-retired lives.