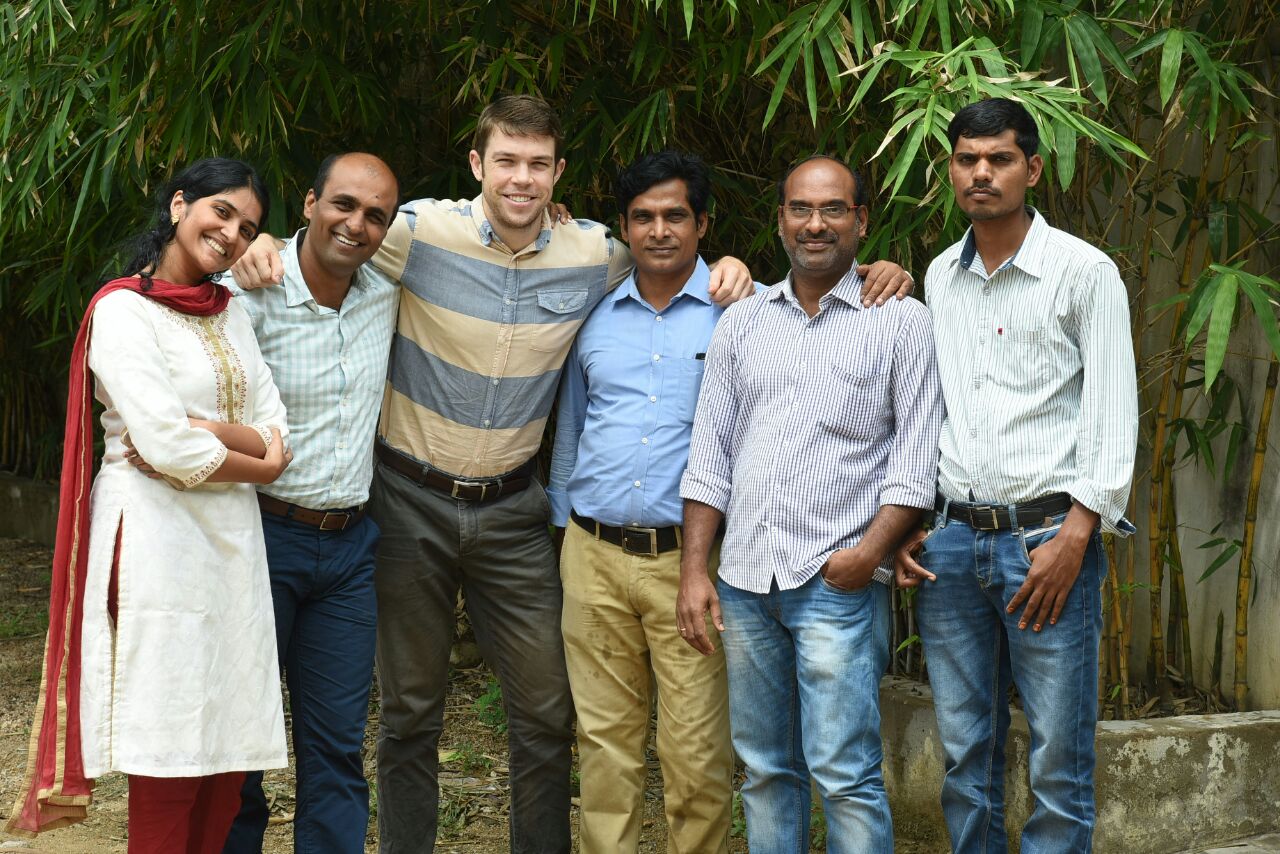 Reports have been claiming that India stands third in terms of garbage generation! A new paper article clearly states that, “As prosperity grows, 62 million tonnes of garbage is generated everyday by the 377 million people living in urban India, now the world’s third-largest garbage generator.”

Though we are all aware of this junk being generated directly or indirectly by all of us, not all of us have the bandwidth to do our bit everyday in reducing this waste. Waste management has become an integral part of India’s development and somewhere or the other – the PM’s ‘SwachhBharath” campaign has truly helped make changes.

Waste Ventures India was founded 5 years back, in 2011 by Parag Gupta from the US. While all the work did help him and his team to understand the space better and also master the science of composting, the biggest change was probably when Rob Whiting (co-founder from the US, worked in BCG) and Roshan Miranda  (co-founder, a PhD in Microbiology from a top-5 medical schools in the US, and from BCG as well), decided to shift the company to Hyderabad mid-2015 and changed the strategy of the company as well. Shortly thereafter Mathangi Swaminathan (MBA from ISB, working in Singapore in a technology company), joined and since then they have grown tremendously. The startup’s product manager Abdul joined them to build their technology platform, Toter through Hyderabad’s first household level recyclable pickup service was born.

Today this social-enterprise startup works with about 18,000 households, several corporate campuses such as Google, Flipkart and Infosys and hold partnerships with multiple MNCs such as Coca-Cola and HUL as part of the EPR (Extended Producer Responsibility) to ensure any plastic produced in the country ends up at some recycling facility. They have built a model zero-waste village at Gandipet, with a decentralized composting center, ensuring less than 5% of the waste from the village ends up in landfills. With such a robust mode, today they are able to recycle more than 100 MT every month, working with approximately 1000+ waste pickers, and have averted more than 950+tons of carbon dioxide from the environment.

When we asked the team about the idea and birth of this social move, this is what they had to say – “The first image of anybody returning to India is the dirt and garbage that is strewn around. Burning of plastic materials releases toxic elements that cause even lung cancer. We keep seeing in the news the menace this has caused, starting from the Deonar dumpyard fire that raged for more than 3 months, to the current crisis that most cities such as Delhi and Bangalore are in, and it was just a matter of time before social entrepreneurs like us, looking to create impact, took this up passionately. Also, having the hundreds of green champions from different walks of life support us, has kept us going. “

How does the service work?

Anybody looking for a green channel for their waste, just has to go toter.in or their official website and book his/her pickup time and slot. This is as simple as booking an Uber cab or groceries through BigBasket – takes less than 60 seconds of your time.  Once your slot is confirmed, a Toter representative will come to the designated location at the scheduled time, weigh the recyclables using a digital weigh scale and pay cash on the spot (Yes, it is not only free but residents earn cash for their trash as well).

In the last one month, the Toter team has picked up approximately 2 Metric tones and they are hoping to scale this up to more than 500 MT by the end of 2017. They also hope to scale the concept to 2 other metropolitan cities by the end of 2 years.

As their tagline says, “our business is picking up” – they do live by it completely! Don’t delay anymore – looking for a green channel to dispose of waste? Toter is your help!