Global Policing Summit will have the Leadership of the Law Enforcement and Security Industries will converge at the Digital World of Global Policing Summit to discuss the Innovative trends and key issues that will impact the new world order of world security. Join at a session where your peers, suppliers, policymakers, regulators, customers, and competitors are attending modern world security’s most important gathering.

The digital revolution is fundamentally changing the world. The effects of an increasingly digitized world are now reaching into every corner of our lives with the convergence of Computers, Internet, Mobile and Social media and IoT at the fore front. The Police Digitisation programme aims to support police forces on their journey towards becoming a “DIGITAL FORCE”. To achieve this, the programme provides access to central services, and facilitates knowledge transfer between police forces and other agencies.

Inviting Start-up companies/agencies for Complimentary Booth at Global Policing Summit
to be held on 11th and 12th February 2019 and meet the dynamic people of the Industry, Law Enforcement Authorities of Government Agencies like below. 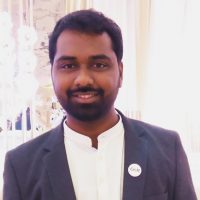