“Come fly with me” was an evoking curtain raiser by Kiran Kanojia – India’s First Women Blade Runner for an inspiring event. September 25th, 2016; TEDx event embellished with a galaxy of intellectuals where vivacity of “technology, entertainment and development” was gushing multidimensional in the city of Nawabs; an “x” factor event; Hyderabad.

Kiran Kanojia, Blade Runner, Infosys techie, University topper had to fight the biggest battle when life put her to choose between life and limb. Despite a loss she blazed and proved that empathy was not her way. She stood strong and embraced her life in glory. “Woman of Steel” propelled inspiration as she mentioned “You need no limbs to fly”.

The high flight of audience was grounded when hit by a hard reality documentary “Tell Spring Not to Come This Year” , an intimate glimpse into life in the Afghan Army, by Saeed Taji Farouky, Documentary filmmaker and photographer. Saeed kept the audience persuasion with his first short fiction film, “They Live in Forests, They Are Extremely Shy” about an Aboriginal Australian man’s encounter with Victorian Britain. In all the portrayed films, Saeed looked for a challenge, whether it’s creating radically honest films, perspective or sensitivity of issue. Saeed says the secret to success is to “be the person who can endure the longest.” 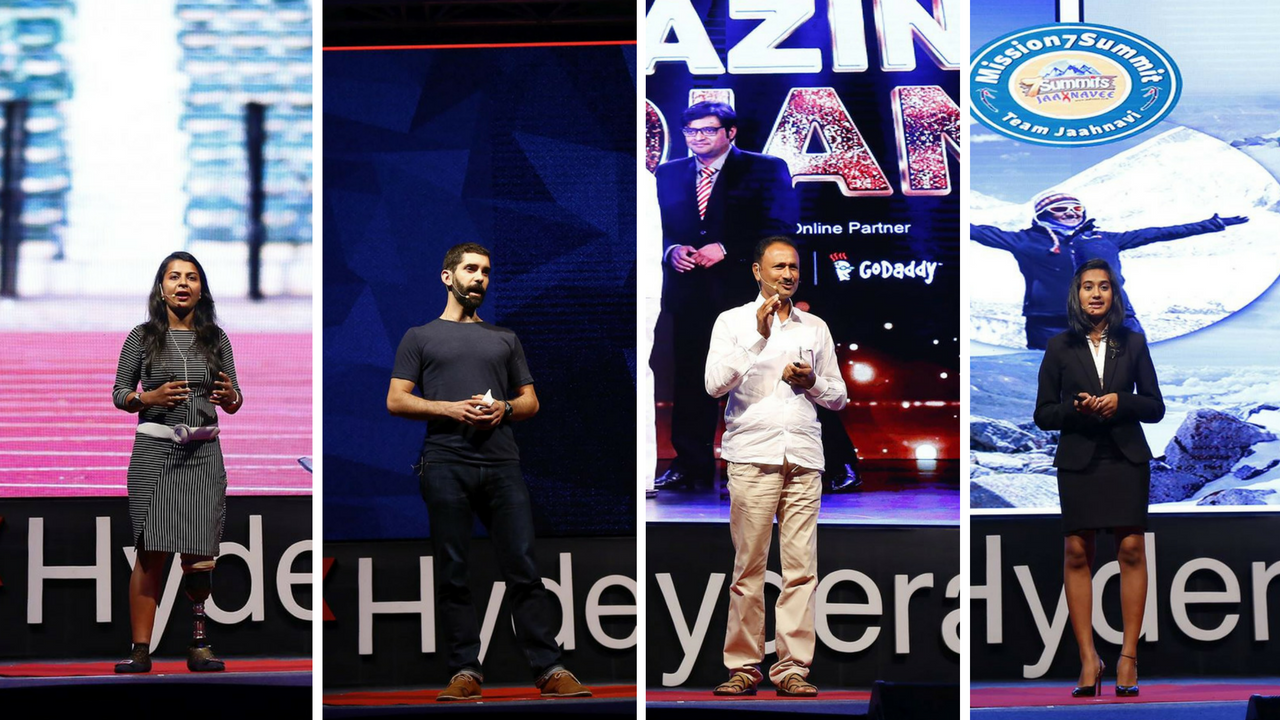 From reality documentary stories, house transitioned to a real time invention story.The man who relieved the pain of several Weavers in the ‘Tie & Dye’ Pochampalli silk saree tradition, Chintakindi Mallesham, inventor of the Laxmi Asu Machine, cracked up the auditorium in regional style as he talked about his journey to invention. “No belief is bigger than the self-belief”, Mallesham’s self-believed endeavours for Laxmi Asu Machine is a pinnacle of school dropout’s invention for his mother. Today, invention of Laxmi Asu Machine is helping liberate families of Weavers from following painful family career routine, instead of taking up career of choice. Mallesham’s pursuit saw light in his 30s but saved career light of the Weavers’ next generations.

Age is no limit to climb heights of success and TEDx Hyderabad showcased the bar. The passion of 14yrs old mountaineer stumped the hall with her mission of 7 summits. Jaahnavi Sriperambuduru, world’s youngest mountaineer to scale Mt. Elbrus – Europe’s tallest peak believes “No mountain is too high”. In a tone of gratitude, she mentioned with support of heroes like her father Dr. S. Krishna Rao, she could turn road blocks into building blocks. Every summit has ignited her willpower to shin up those wilder mountains and stroll down safely from the heights of deadliest mountains as “Climbing is important but getting down is mandatory”. Jaahnavi broke through the onlooker’s gazes in a brave tone as she questioned “what’s your mountain?”

Sanjay Jain, developer at Google Map Maker, chose “CASHLESS INDIA” as his mountain. As a key contributor at ‘India Stack’, Mr.Jain forecasted the brighter shades of Indian payment systems by applicability of JAM (Jandhan Aadhar Mobile) and Digital India. Sanjay added a spot light on success rates of Aadhar,Jandhan Yojana, Digital Locker and lead forum with one vision, A vision of creating a ‘Unified Payment Interface’.

Visionary India is a country with people like Srikanth Bolla. He is the man with vision, not mere visible spectrum but a vision in mind. Founder of Bolin industries blazed light into the hearts of spectators while interviewed by Viiveck Verma. He had to fight for his education subjected to his disability and turned up to establish an industry as an abled body entrepreneur. Mr. Bolla raised a toast of glory as he said “We have miles to walk before we sleep”. 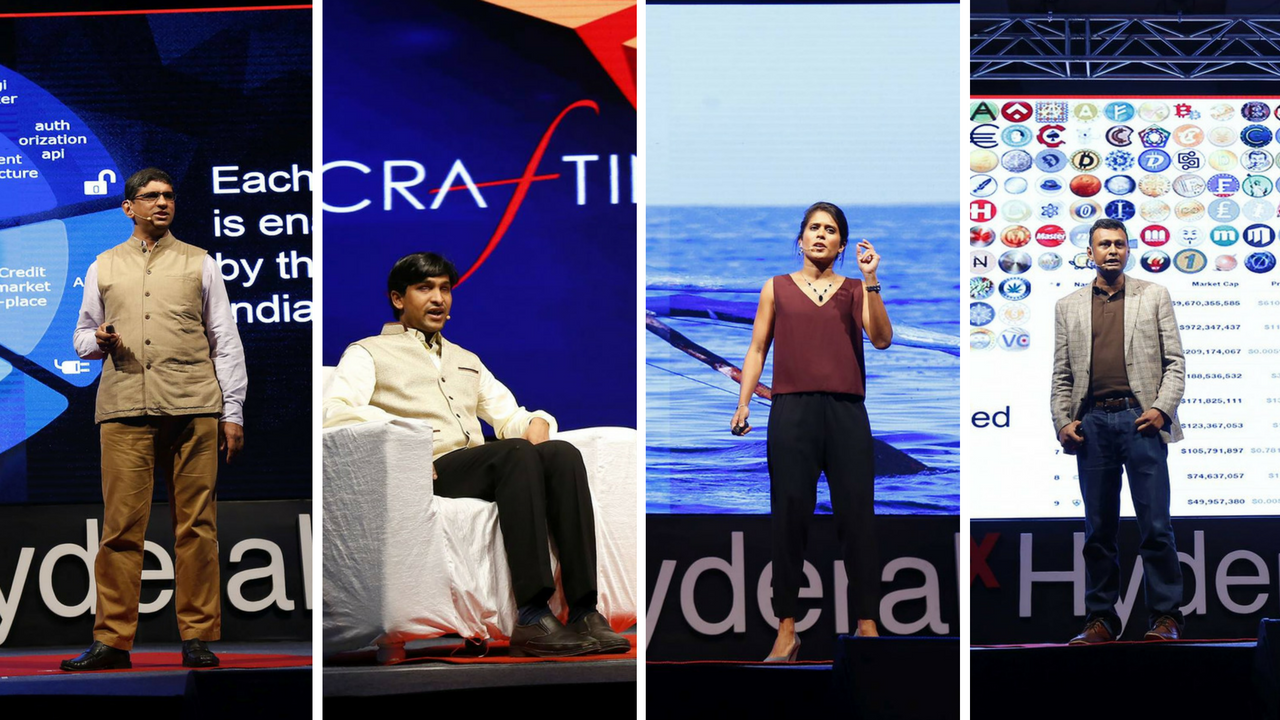 As per ASHA de VOS, life underwater is losing its sleep. As per Sri Lankan’s first woman with a PhD in Marine Biology, ‘we need a university degree to find solutions’ is archaic and detrimental to our ecosystem, and we need tailor-made solutions by local scientists who know our culture. Dedicated to increasing awareness about Northern Indian Ocean blue whales, Asha de Vos is also committed to inspiring the next generation of marine biologists.

Rajesh Dhuddu aims to build a next generation with secure transactions and controlled creation of additional units of the currency with cryptocurrency. Senior Vice President, Quatrro, talks about the importance of cryptocurrency network in India which would result in equitable distribution of money. Northern Region Council Member, NASSCOM, says cryptocurrency transfers are much faster and the cost efficient. He also encourages to lead India the ‘smart contracts’ way, where computer protocols that facilitate, verify, or enforce the negotiation or performance of a contract. Rajesh calls for the Nation to incorporate Bitcoin transactions.

108 – The National Emergency call line. Dr.G.V.Ramana Rao, Director of Emergency Medicine Learning Centre at 108 GVK Emergency Management Research Institute, shares his note on journey with 108 as an incredible learning of his life. The proud showcase of 108 achievements “1.85 million lives have been saved, and 4,33,000 children were born” startled the gallery. Ramana Rao shared vision of 108 emergency services is to “Provide Emergency Response Services under PPP (Public Private Partnership) framework”, “Respond to 30 million emergencies and save 1 million lives annually” and “To deliver services at Global standards through Leadership, Innovation, Technology and Research & Training.” And today 108 is synonymous with the best-in-class emergency service and has been acknowledged as the most efficient, speedy, reliable, and caring service provider in its category. Dr.G.V.Ramana Rao left an open problem statement for crowd to ideate on how to “Encourage people call 108 in case of emergencies”. 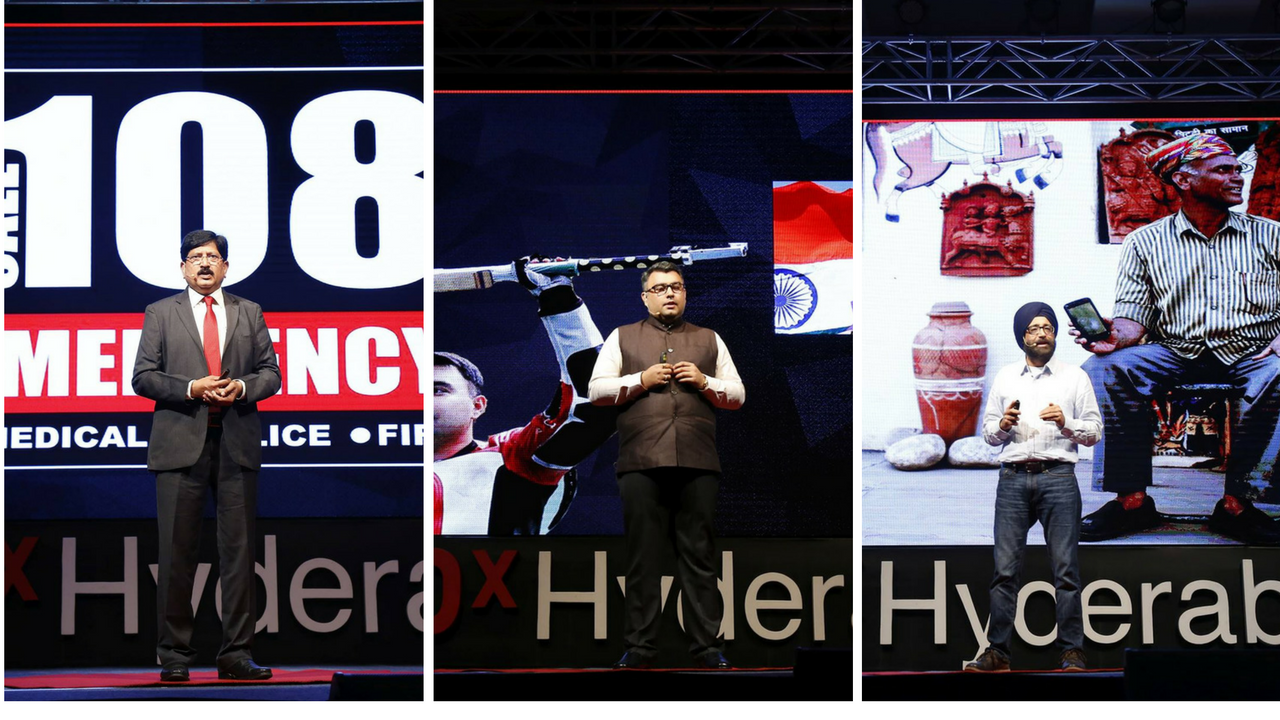 Being one amongst the crowd, Gagan stood out and has been FIRST one in the crowd. Gagan Narang is among the first men who quenched India’s thirst for medal in Olympics.This Indian shooter and an Olympic medalist shared his shot for shooting. In 2004 Gagan triggered his rifle at Olympics for the first time. Gagan, Arjuna Awardee had to pay a huge ransom at the stake of family property for a rifle to be eligible for Olympics. This grew determined in Padmashri. He made a vision where “no parent has to sell their land for their children’s coaching”. He started ‘Gun for Glory’ which trains students at affordable fees. This institute educates today, 40 students with full scholarship out of which 32 members were qualified for National team. Gun for Glory is today sponsored by the international brand ‘Walther’. Gun for Glory today stands as shooting aspirants’ way to Glory.

With a dream of a glorious “Digital Desh”, Jasminder Singh Gulati, CEO NowFloats, simplifies setting up portal and lead generation for small vendors with his technology and generated good number of happy customers. Jasminder Singh shared his memories when NowFloats was a toddler. In a path of exploring need for Nowfloat, he treasured new life stories and exemplifying experiences along the length of India map. He emphasises on need for internet as “Internet is a necessity for urban people, but for rural people, it is survival.” He made a remarkable closing statement of event that “if 1 million businessmen come online, there will be 1% of increase in the national GDP”. 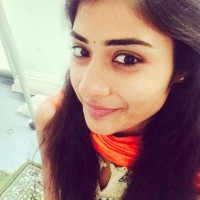