Eric Ries, entrepreneur’ed the “LEAN STARTUP MACHINE” with a simple concept of supporting a set-up of a start-up. The ideologies of Lean were based on simple understanding of product vs market or the basic of economics – supply vs demand and vice versa. Lean lays down few base guidelines that help star-ups in succeeding with minimum loss and maximum output. The theory of Lean ain’t rocket science, it’s based on rules of “common sense” and offers flexibility to be customized and tweaked based on one’s own business style, scale and type. “Fail Fast, Succeed Faster” 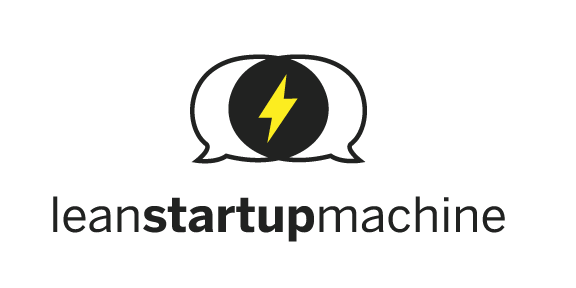 This short synopsis introduces “Lean Start-up Machine (LSM)” aptly. Moving ahead, by throwing light on the ideologies and principles of LSM as preached by Lean during their Hyderabad workshop June – 6th to 8th 2014. I, Zaki Mohd, was representing PurpleTalk, one the partners along with StartupHyderabad initiative. Lean organized its 1st business growth module based workshop in Hyderabad, that was their 3rd event in India. Lean’s ideology detests the conventional process of building a product and then selling it out, this mostly results in an unsatisfied client response frittering time, effort and money. Lean urges to evaluate and validate an idea with the concept of MVP (Minimum Viable Product) this results in better success rate and more effective product to cater to the clients needs. Interaction with the probable future users of the product who are complete strangers would yield the most unbiased and truthful feedback.

Lean’s hypothesis states a work process or flow named by them as the “Javelin Board”. LSM’s principle to be deliberated with its customers. An analysis of customer problems and market survey would yield an effective solution that should be adapted into the original idea. This pivoted idea has to considered with its riskiest assumption, envisaging a works-case scenario. This scenario will help prepare just as “prevention is better that cure”. Having understood Lean’s doctrine, a personal insight into the event will help to understand it better. 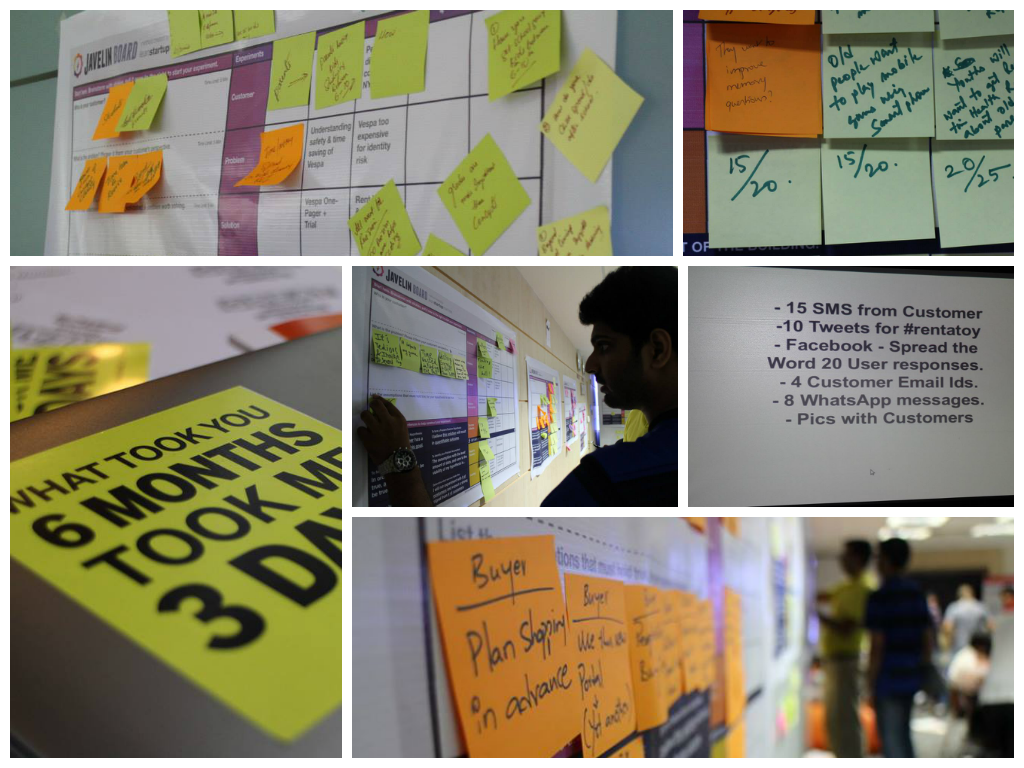 Being a part of this prestigious event with utmost enthusiasm and interest, turned out far beyond expectations. This two and half day event hosted by Progress Software immensely helped newbie’s to explore potential. The fellow 70-odd attendees came in from all across India, spanned from 17-70 years, from college students to CEO’s and COO’s, from organizing committee to chosen 10+ Mentors to attendee’s. The event being paid catered to only genuine enthusiasts making it effective and a better learning experience. 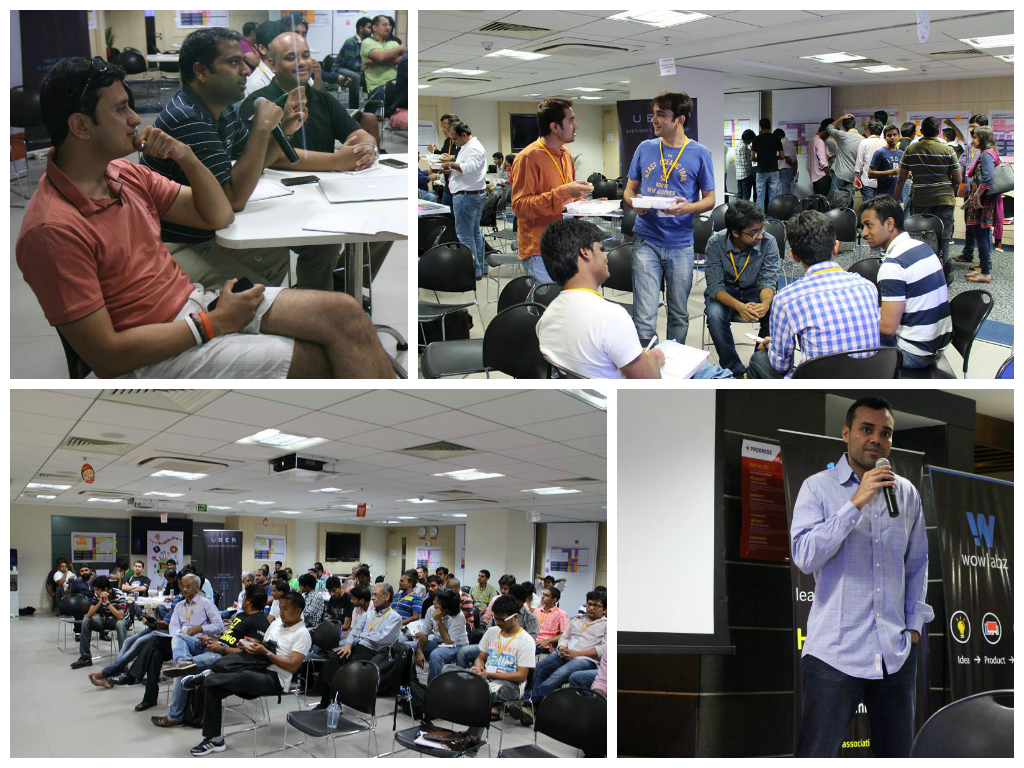 However, I feel if the event spanned 3-4 days on probably combination of weekdays and weekends would help better interaction with target audience and longer work hours culminate better work outcomes. It would have interesting and motivating if more Lean practitioner speakers stating their success stories using LSM could be present, just as Arpit Mohan, Cofounder GharPay/Clinknow shared his experiences. The event was impactful and successful in India even though there was a time crunch in the agenda vs reality situation. This kind of events generate huge opportunities to network and meet right talent and mentors. The organizer team constituted of Govind, Harish and Nivedha, Rohit, where as Govind and Rohit had driven the workshop. Mr. Rohit of Wow Labz was the 1st winner of Lean India and ardently practices Lean principles. He spoke about his projects using Lean and also the do’s and dont’s of customer interactions in-terms of understanding client problems rather than pitching your idea. Mr. Natwar Maheshwari from Lean Mantra Bengaluru commenced with the Lean ideologies and agenda of the workshop. The next local business holder – Siddharth Shankar, GM of Uber Technologies compared the variations of an existing business of rental cars to the uniqueness of Uber compared and its difference in the US and Indian market. The uniqueness of the mobile app, convenience of a cab available in 3min, highly secured and safe self-owned car drivers made Uber a success. Hence Uber India works with just 12 employees and reaches its users without any marketing but only incentive concepts. Their idea of “no customer care” reinforces their best quality service and market competitive rates promise.

The dynamic Lean visionary – Arpit Mohan graduated from BITS Pilani 41/2 years ago and 4 unique ideas have made him standout. His initial idea – GharPay provided the ease of cash on delivery for smaller businesses just like bigger Flipkart, Amazon and Ebay contemporaries. Arpit first collaborated with Redbus, a Hyderabad based start-up and worked for 3 months with them. A simple successful concept following Lean principle built 1800+ clients over a year justifying “Delivery” acquiring GharPay. Arpit’s next big idea of providing educational loans was canned since it wasn’t feasible and high risks involved. His next big idea – Clinknow followed the MVP process, it simple amalgamated the bank and its customers. The bank would provide special discounts. Offers to its customers based on their past preferences. This would help the customers save, yet generate profit the bank with its customers expenditures. This idea faced the “What’s first – egg or chicken” problem of bank vs vendors. A make-shift mockup of listed vendors was given to the bank and a successful 3 month pilot run resulted in a live project that is immensely successful having no code, no investment only Lean concepts. 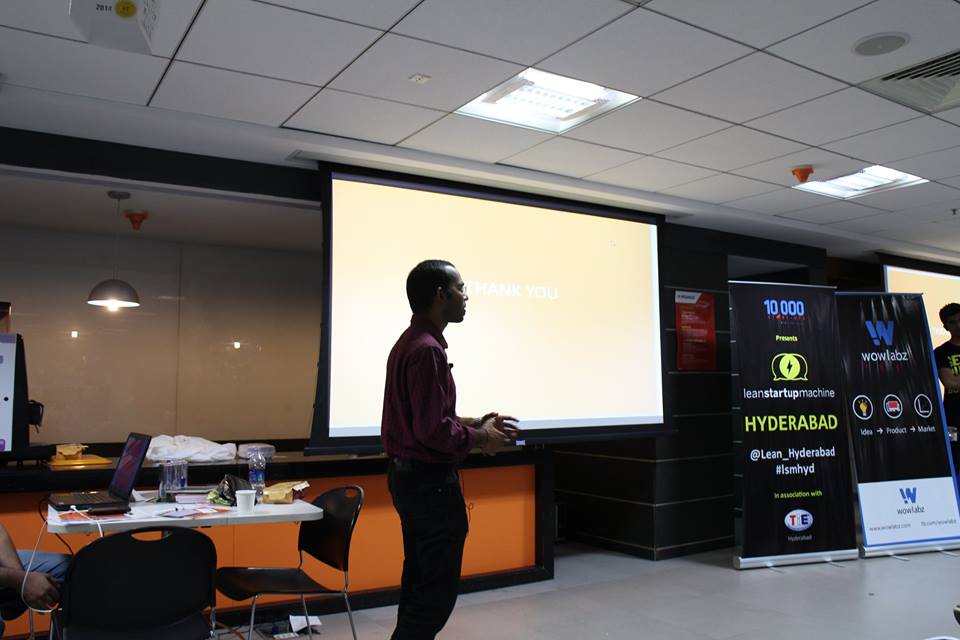 Mr. Murali Bukkapatnam, President TiE Hyderabad and an entrepreneur now but originally a developer started in the US 15-16 years ago. He shared his meaningful insights from his 6-8 start-up’s. The venue sponsor – Progress software’s MD – Mr. Ramesh Loganathan also shared the history of 30 year old company. He shared their mistakes of failed products developed without Lean principles over 3-4 years and a lot of money. Progress software now follows lean meticulously yielding successful outputs. 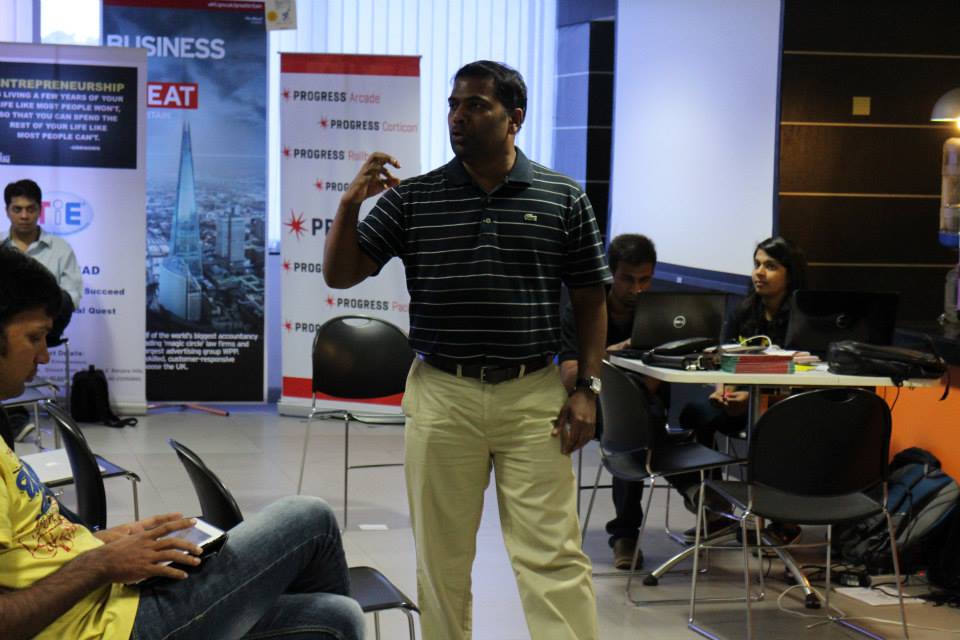 A detailed insight into Lean methodologies and speaker at LSM Hyderabad workshop helped interpret the itinerary chalked out. Day 1 commenced with the ice-breaker session of adding adjective to your name. This fun session lead to the “30 seconds to pitch yours idea” session which was voted by all with top 3 preferences each and the best 14 ideas were formulated to teams. Mr. Natwar spoke about Lean and Javelin board demo was given. The day progressed with a keynote by Mr. Ramesh Loganathan and teams commencing work. Day 2, was initiated by Mr. Rohit and then the 1st Reiki session – Get out of the building which resulted in a MVP pitch and another finance generation Reiki. The meticulous work received inspirational insights from Mr. Arpit and continued team work. Day 3, the final day saw a how to win LSM presentation followed by final “Get out of the building” session. The much worked on and emancipated final presentations witnessed some stars, achievers, trials and a single winner with 2 runner-ups. The judging panel included Ravi Devulapally, Murali Bukkapatnam, Srinivas Kollipara. The winners were declared at AVASA hotel followed by the dinner party sponsored and organised by Great Britain. 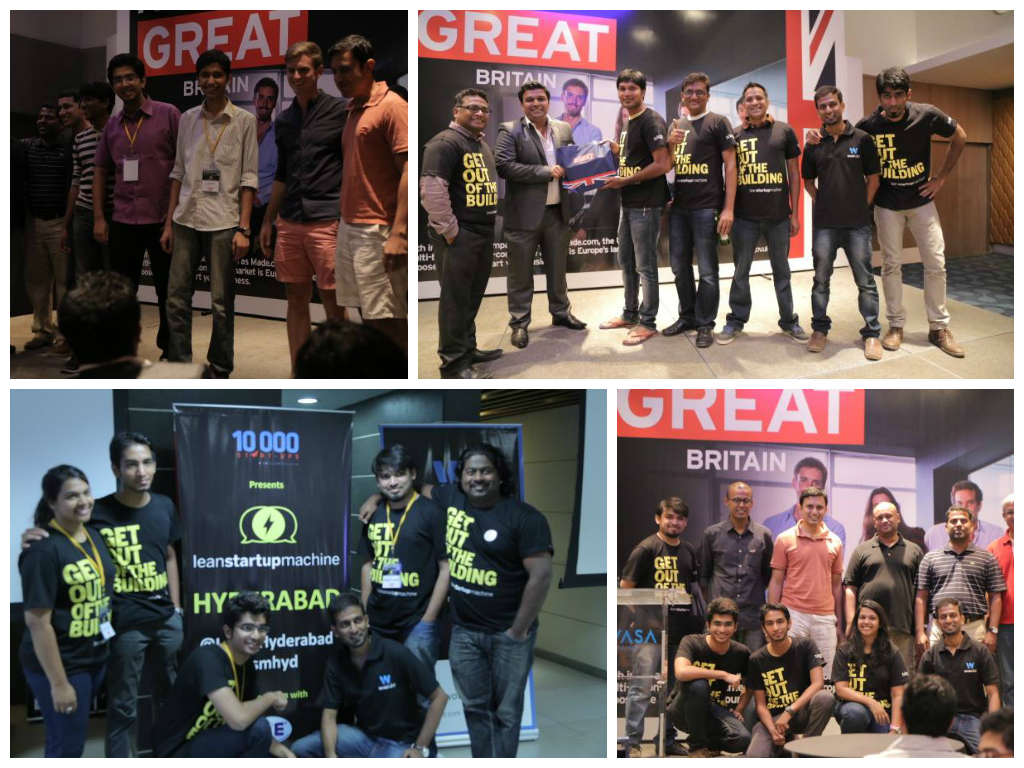 The highly acclaimed and immensely successful LSM Hyderabad event witnessed a plethora of new ideas and even some old ideas packaged newly and effectively. The attendee’s were both the curious learners and also the team builders. An effective symbiosis between Lean and Hyderabad market resulted in a good and pompous event. An immediate success of Lean was proved by the fact that most original ideas were pivoted on customer feedback. The inspirational promise of Mr. KTR of TRS government by an IT ministry official initiating and supporting entrepreneurs for the IT expansion in Telangana rendered a breath of fresh air to the new state capital.

A life changing experience that’s fuelled the personal spark of entrepreneurship is what LSM workshop felt like. A four out five stars evaluation, only because there is always scope for improvement. A round of applause and cheers to both LSM and all attendees for the success in its 1st event of the many more to come in Hyderabad. 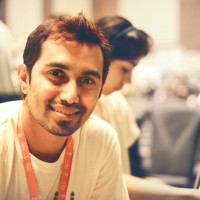