Figures and facts say that, the total worldwide death toll of Tsunami in 2004 was about 2, 30,000. But, the number of deaths annually caused due to road accidents is 12, 00,000,  i.e.  5 times more than the Tsunami ! Is this acceptable? Today’s youth wants speed in everything. But are they ready to sacrifice lives due to this desire for speed?

Keeping this theme in mind and with an aim of spreading awareness amongst the youth, Hyderabad Skykings, with the help of Telangana Tourism is out with a 5K run on 27th December 2015.

This campaign targets competent young drivers who regularly drive and put the ‘Ks’ in. These people drive ‘comfortably’ fast – typically a bit faster than the posted speed limit or other traffic. But they don’t consider it to be wrong or anti-social because it’s not really ‘speeding’ in their minds. They feel competent and in control of their vehicle. So through this run, the team of Hyderabad Skykings strives to spread an awareness among those drivers.

This campaign aims to reframe the way that people look at their speed when they’re driving. A person may be a good driver but they can’t deny that people do make mistakes – after all, to err is only human. And in life, mistakes are made often. We usually get to learn from our mistakes, but not when driving – the road is an exception. Even the smallest of mistakes on the road can cost us our life or someone else’s.

“In a safe system no one should pay for a mistake with their life. When we drive, we share the road with others, so the speed a person chooses to travel at needs to leave room for any potential error – whether it is theirs or someone else’s. At speed, there is less opportunity for a driver to react to a mistake and recover, and this is the key message for this campaign.” Says the team of Hyderabad Skykings 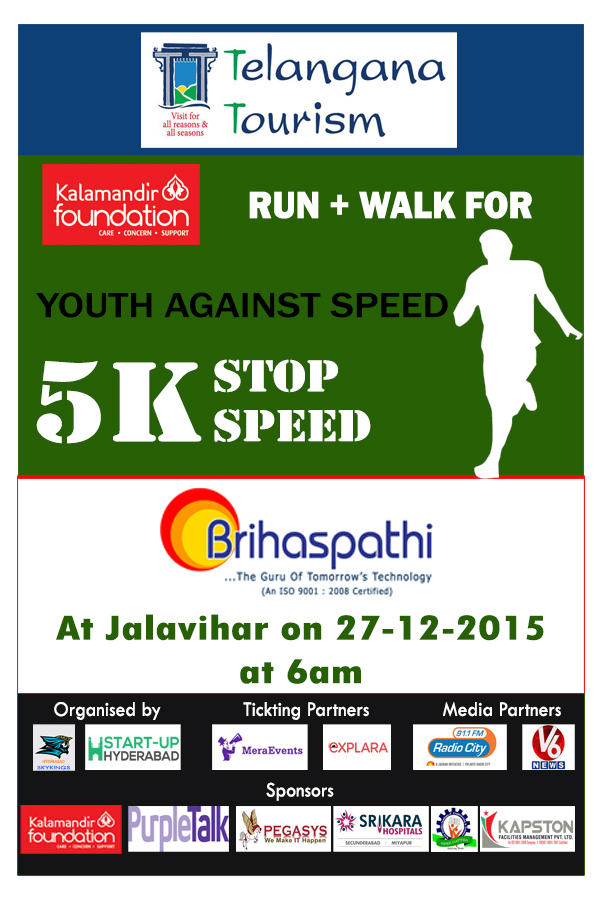